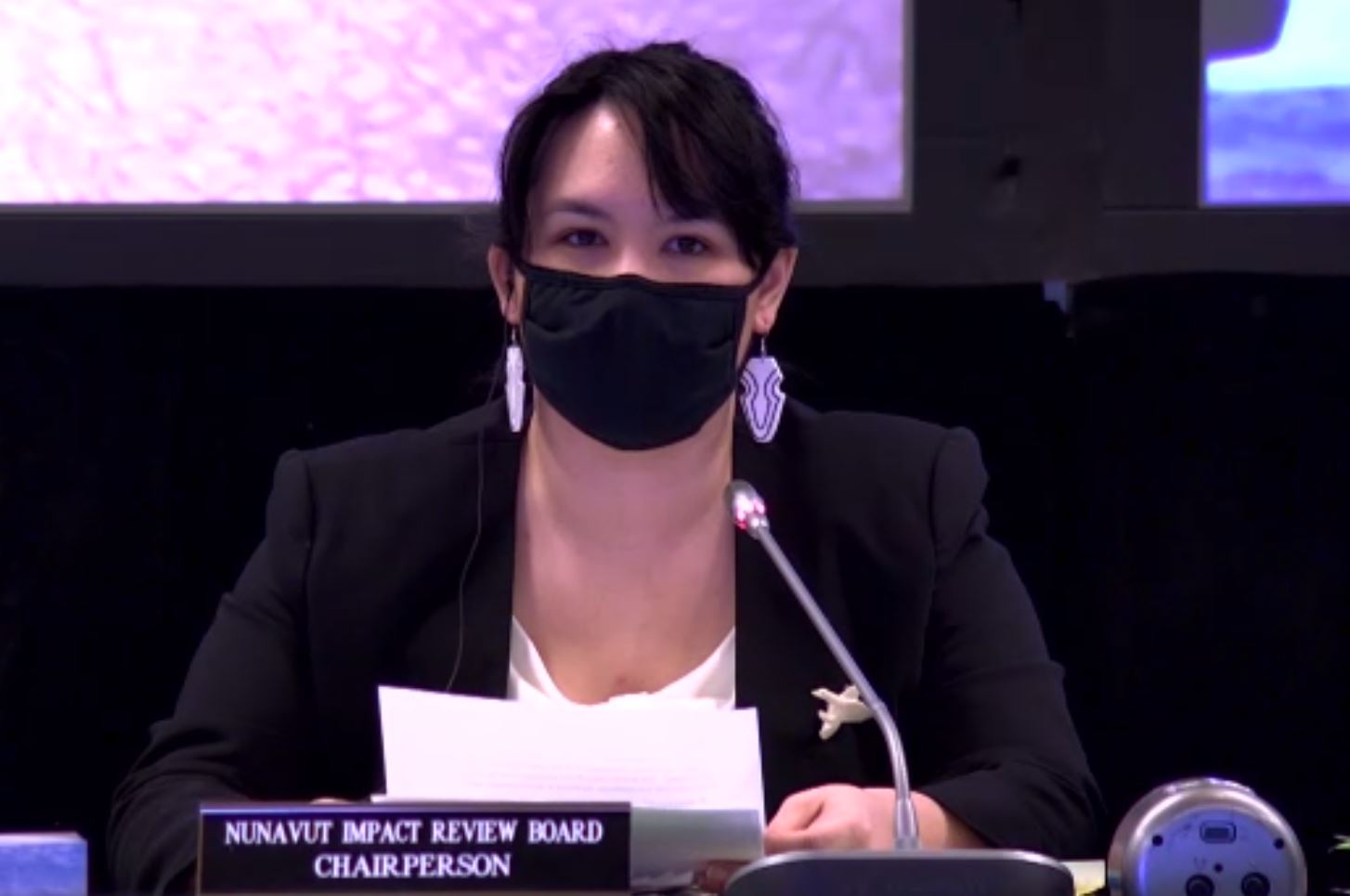 The Nunavut Impact Review Board has agreed to extend its final hearing on Baffinland Iron Mines Corp.’s plans to expand its Mary River mine because hamlets and Inuit associations asked for more time to question the expansion.

The final hearing, which began Jan. 25, was slated to run two weeks, wrapping up Friday.

But an extension will take place in Iqaluit, where five community members from each of the seven affected communities can attend.

It’s not yet clear how long the extended hearing will run. New dates have not yet been decided but are expected to be sometime in March.

“When we are not all in the same room, at the same time, it is easier to forget that we are all connected in a common goal of ensuring that all relevant information, experience and knowledge from the participants is provided to the board to inform our decision,” board chairperson Marjorie Kaviq Kaluraq said Tuesday.

Arctic Bay’s Ikajutit Hunters and Trappers Organization proposed Monday that the hearing be extended. Representatives from hamlets and hunter and trapper organizations across North Baffin all supported the motion. Only Baffinland opposed the extension, urging the board to stick to its original timetable.

“We encourage the board to complete this public hearing on schedule,” said Baffinland lawyer Brad Armstrong.

Federal government lawyer Simon Gruda-Dolbec supported the motion to extend the hearing but said that he did not agree with comments by some mine critics that the company has “generally been evasive in answering questions or not answering questions.” A Government of Nunavut lawyer did not take a position on the motion.

The review board’s final hearing is meant to address outstanding questions about Baffinland’s proposed mine expansion. The company wants to build a 110-kilometre railway from its Mary River mine to Milne Inlet, as well as an additional port dock at Milne Inlet, and to double its annual ore output from six million tonnes to 12 million tonnes.

On Jan. 27, the board said it would limit questions from mine critics as the hearings had already fallen a day behind schedule. But on Jan. 29, the board decided to lift these restrictions because the following presentations by the company had not been heard or seen during an earlier November 2019 public hearing.

Monday, the Ikajutit Hunters and Trappers Organization proposed to extend the hearing at a future date after the hearing fell multiple days behind schedule — during Tuesday morning’s session, opposing parties were not finished asking questions about Baffinland’s marine environment presentation, a topic that was supposed to be concluded a week prior.

Clyde River legal counsel Warren Bernauer said the hamlet has yet to be able to question Baffinland on any controversial matters, and it would “seriously undermine” the hamlet’s participation if its is unable to question the company.

The board said the pandemic has posed barriers for the proceedings, but that the matter of Baffinland’s expansion could not be put off indefinitely until the pandemic subsides.

“The board recognizes that it has been a very steep learning curve for the board and participants to learn how to participate effectively in proceedings where people are not in the hearing venue, all together,” said Kaviq Kaluraq.

Mittimatalik Hunters and Trappers Organization chairperson Eric Ootoovak and Pond Inlet technical advisor Frank Tester both said they recognized that the board has been under extra pressure because of COVID-19.

“It has been nearly impossible to have clear oral communications in these hearings: we are not able to be in the same room with our advisors because of COVID,” Ootoovak wrote in an email to Nunatsiaq News, emphasizing that oral communication is a vital part of Inuit culture.

The board has revised the agenda for the remainder of the hearings. Now Baffinland will finish its two final presentations Wednesday evening, other parties will complete their presentations on Thursday and Friday, and a community roundtable will be held Saturday during the day and evening.

After the hearing concludes, the board will send its recommendation to the federal minister of northern affairs, Dan Vandal, who will either approve or reject the proposal.

Correction
This article has been updated to correct the name of Clyde River’s legal counsel.