Michael Irngaut said he harvested a caribou in 2015, unaware that a ban was in place 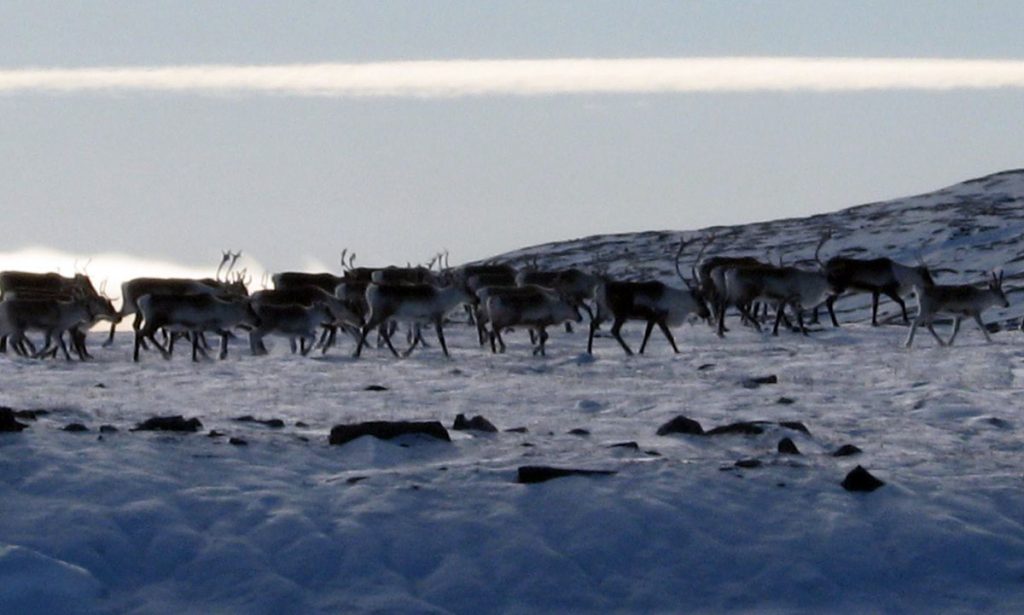 Michael Irngaut was charged with two counts under Nunavut’s Wildlife Act for allegedly shooting and harvesting a caribou during a Canadian Ranger patrol in February 2015—a month after a ban had come into effect, prohibiting the harvest of caribou on Baffin Island. A Nunavut judge stayed the proceedings this month. (File photo)

A Nunavut judge has stayed the proceedings against an Igloolik man who illegally shot a caribou.

In a March 14 judgment, Justice Neil Sharkey found that Michael Irngaut had reasonable grounds to believe a moratorium had been lifted at the time he harvested the animal in 2015.

Irngaut was charged with two counts under Nunavut’s Wildlife Act for allegedly shooting and harvesting a caribou during a Canadian Ranger patrol in February 2015—a month after a ban had come into effect, prohibiting the harvest of caribou on Baffin Island.

Irngaut, 22 at the time, was out on patrol as a private with the Canadian Rangers, travelling north up Baffin Island with a group towards Mary River when he spotted a herd of caribou.

He allegedly shot one male caribou on Feb. 15, 2015, ate some of the meat with his patrol members and took the rest to share with other Rangers they would meet later in their trip.

Irngaut pleaded not guilty to the two charges. The case was adjourned several times over a period of two years, while Irngaut’s lawyers planned to launch a constitutional challenge to the ban itself.

That challenge would have cited section 5.7.27 of the Nunavut Land Claims Agreement, which asserts that “an Inuk with proper identification may harvest up to his or her adjusted basic needs level without any form of licence or permit and without imposition of any form of tax or fee.”

That challenge was never filed, however, and Irngaut finally went to trial on those charges in June 2018.

He admitted to harvesting the caribou in February 2015, but he said he did so under the mistaken belief that the ban had been lifted.

Irngaut said in his testimony that before he harvested the animal, his patrol sergeant checked in with an elder and board member of the Igloolik Hunters and Trappers Organization, who informed the Rangers that the harvest ban was no longer in effect.

“I would not have thought to harvest that caribou if I was not given permission,” Irngaut testified.

Sharkey said Irngaut’s case fell within an exceptional combination of circumstances, including being geographically isolated and informed by a person of authority and an elder.

“I do not suggest that a person is excused for breaking the law simply because an elder told them a certain activity is not illegal, when in fact it is illegal,” Sharkey wrote in his March 14 judgment.

“I am simply saying the fact [the HTO source] was an elder is a factor to take into account when assessing whether [Irngaut’s] belief in the information he received was reasonable.”