Event aims to “support the protection, revitalization and promotion” of the Inuit language 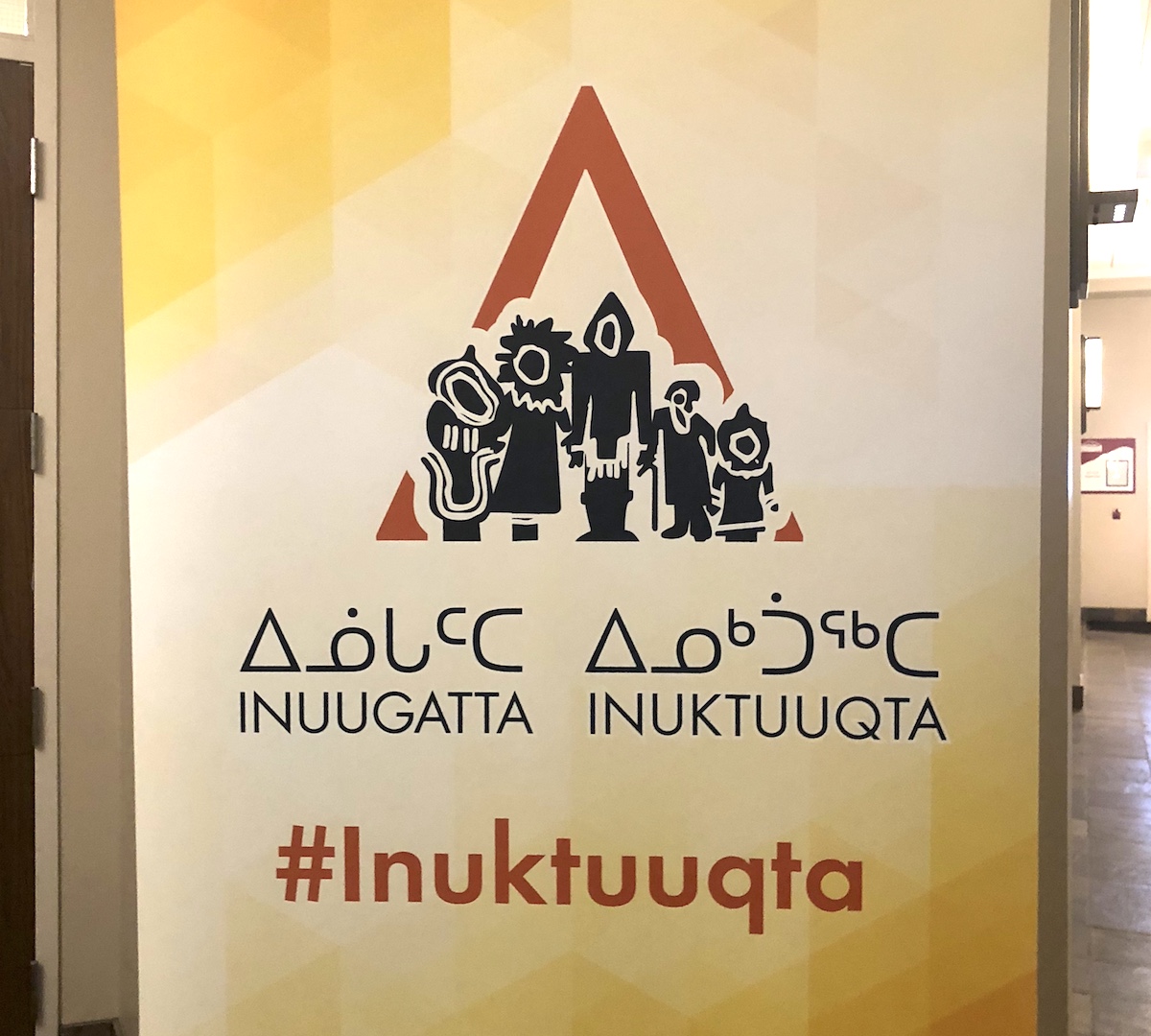 Today, in Iqaluit, Nunavut’s culture and heritage minister, David Joanasie, also the minister of languages, will open a three-day gathering on Inuktut: the Inuugatta Inuktuuqta conference.

Its key themes are focused on the Inuit language, including language leadership, learning, resources, planning, revitalization, attitudes and goals.

The conference is organized by Nunavut’s Department of Culture and Heritage, Nunavut Tunngavik Inc., the territorial language authority and the Office of the Languages Commissioner. It’s the second such gathering — the first one was held in Februrary 2015.

“We are now into the 10th year of passing and implementing our language legislation,” David Joanasie, Nunavut’s languages minister, said March 11 in the Nunavut legislature about the conference.

“A decade ago we made the decision to elevate the status of Inuktut in law, while being respectful and inclusive to all official language communities in our territory.

“As a Canadian jurisdiction, we have set an example that has yet to be reciprocated elsewhere, including at the national level.”

The conference will provide “an opportunity to review recent best practices that support the protection, revitalization and promotion of our language,” said Joanasie, who is scheduled to open the conference today at 11:45 a.m.

Monday’s schedule for the conference, which takes place in the Frobisher Inn, also includes sessions on language keepers, with elder Alacie Joamie, Papatsie Kublu-Hill and Michael Conor Cook from Inuit Tapiriit Kanatami, Jean-Francois Lesage of Statistics Canada, and Puujjut Kusugak, the deputy minister of Culture and Heritage at the Government of Nunavut.

On Monday evening, Monica Ell-Kanayuk, the chair of the Inuit Circumpolar Council, offers the keynote address, with other keynote speakers during the conference.

On Wednesday, Louis Tapardjuk, chair of the territorial language authority, Inuit Uqausinginnik Taiguusiliuqtiit, will announce this year’s recipients of language achievement awards. A gala on Thursday will feature entertainment provided by Alianait.

Also, on Thursday, members of the public are invited to a workshop on language planning, to see films and to tour various showcases from exhibitors at the conference.

For more information on the conference you can go to its website and follow our coverage on Nunatsiaq News and our Twitter feed at @Nunatsiaq News.