Nunavut leaders set their sights on Cambridge Bay this week 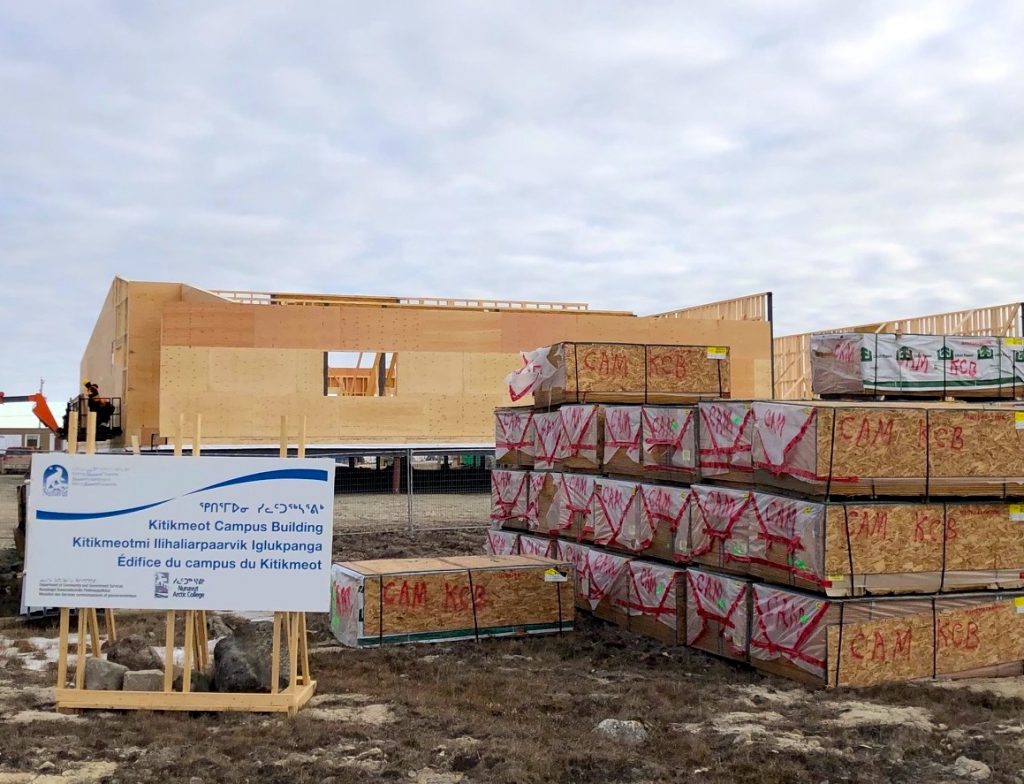 The official groundbreaking ceremony for the new Nunavut Arctic College building in Cambridge Bay is expected to take place on Wednesday, when Nunavut cabinet ministers are in the community for the annual general meeting of the Kitikmeot Inuit Association. (Photo by Jane George)

CAMBRIDGE BAY—The capital of Nunavut, Iqaluit, will be just that much closer to the western Nunavut hub of Cambridge Bay this week, as the territory’s premier and several cabinet ministers come to town for the Kitikmeot Inuit Association’s annual general meeting.

Premier Joe Savikataaq, who is also the environment minister; David Akeeagok, the economic development and transportation minister; Jeannie Ehaloak, the justice minister and MLA for Cambridge Bay; and Patterk Netser, the minister for Nunavut Housing Corp. and Nunavut Arctic College, all plan to speak at the AGM on Wednesday.

During their short visit to Cambridge Bay, they are also expected to step away from the AGM and participate in a groundbreaking ceremony at the new Nunavut Arctic College campus building, already going up on the outskirts of the growing community.

Also speaking on Wednesday is Johnny Adams, the chairman of the new merged airline, Canadian North.

The draft agenda for the three-day meeting includes remarks from the KIA’s president, Stanley Anablak, and from David Omilgoitok, the president of the Kitikmeot Corp., as well as reports from the KIA’s various departments and its wholly owned subsidiary, the Nunavut Resources Corp.

A community feast, recognition awards and a craft fair wrap up the AGM.

During the week, some candidates in the federal election are also due to visit Cambridge Bay: Leona Aglukkaq for the Conservatives and Megan Pizzo-Lyall for the Liberals.

The AGM starts on Tuesday morning at 8:30 a.m., with a kullik lighting in the Luke Novoligak Community Hall.

An earlier version of this story incorrectly said that the NDP’s federal candidate, Mumilaaq Qaqqaq, planned to visit Cambridge Bay this week.