Nunavut’s GDP rose by 10 per cent 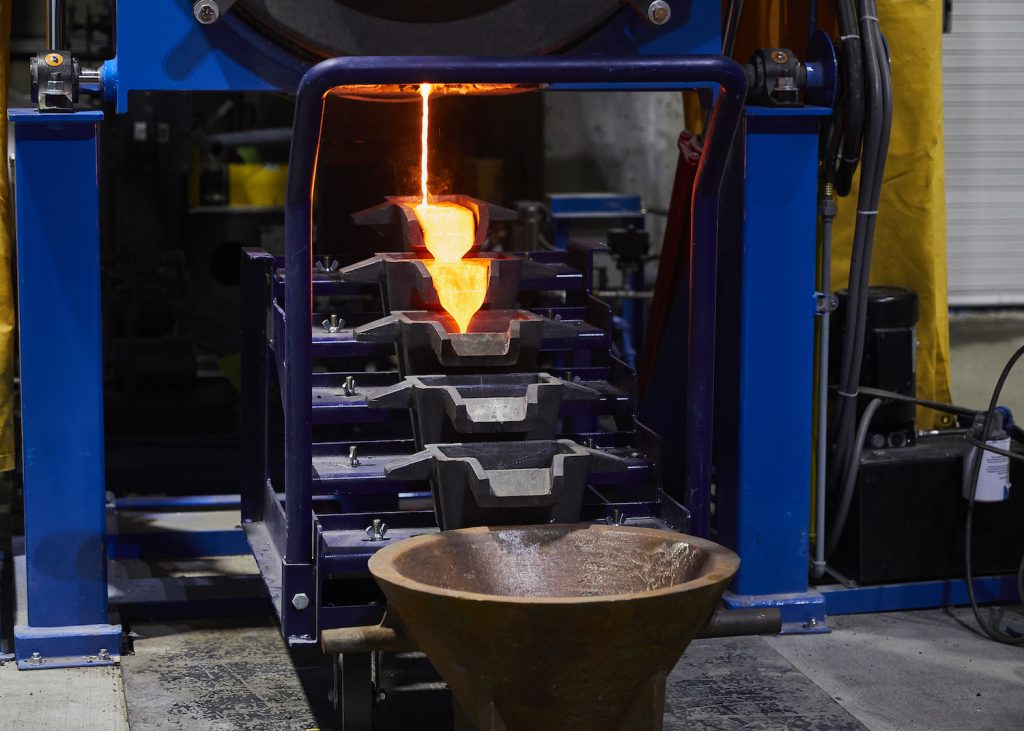 Agnico Eagle Mining Ltd. poured its first bar of gold from its Meliadine mine earlier this year. The mine, located near Rankin Inlet, is expected to begin production this spring and to operate for 15 years. The mine’s construction was a big contributor to Nunavut’s recent economic output. (File photo)

In 2018, Nunavut’s rate of economic growth came in as the most robust in Canada, according to Statistics Canada. 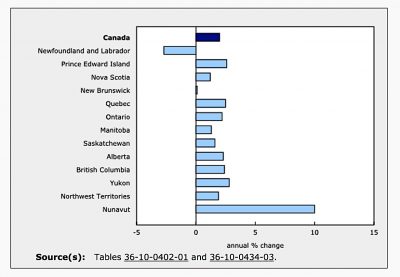 The gross domestic product, or GDP—the total value of goods produced and services provided during one year—is a primary indicator used to gauge the health of an economy.

Overall, Nunavut is looking good: GDP increased in Canada’s 10 provinces and in all territories, but in Nunavut the growth was more than three times higher than Yukon’s, which showed a 2.8 per cent increase in growth, Statistics Canada said in a May 8 news release. 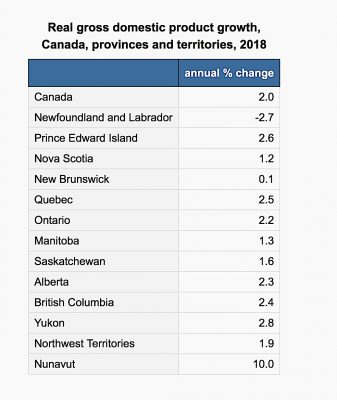 This breakdown by Statistics Canada shows how Nunavut’s GDP stacks up by the numbers.

Engineering construction grew by 55.8 per cent, as work on the development of the Agnico Eagle Mining Ltd.’s Meliadine and Amaruq gold mines continued.

Non-residential construction rose 52.9 per cent, partly due to the building of Nunavut Arctic College’s new campus in Iqaluit, the naval re-fueling station at Nanisivik and a few new schools.

Iron ore mining, up by 29.8 per cent, was the main contributor to the expansion of the mining sector, with iron ore-carrying vessels making a record 71 trips during the summer and fall shipping seasons, StatCan said.

Gold and silver ore mining increased by 3.5 per cent.

• Services-producing industries, up by 1.5 per cent.

That drop is attributable to a 23.8 per cent drop in the wholesaling of machinery, equipment and supplies following two consecutive years of strong growth, StatCan said.