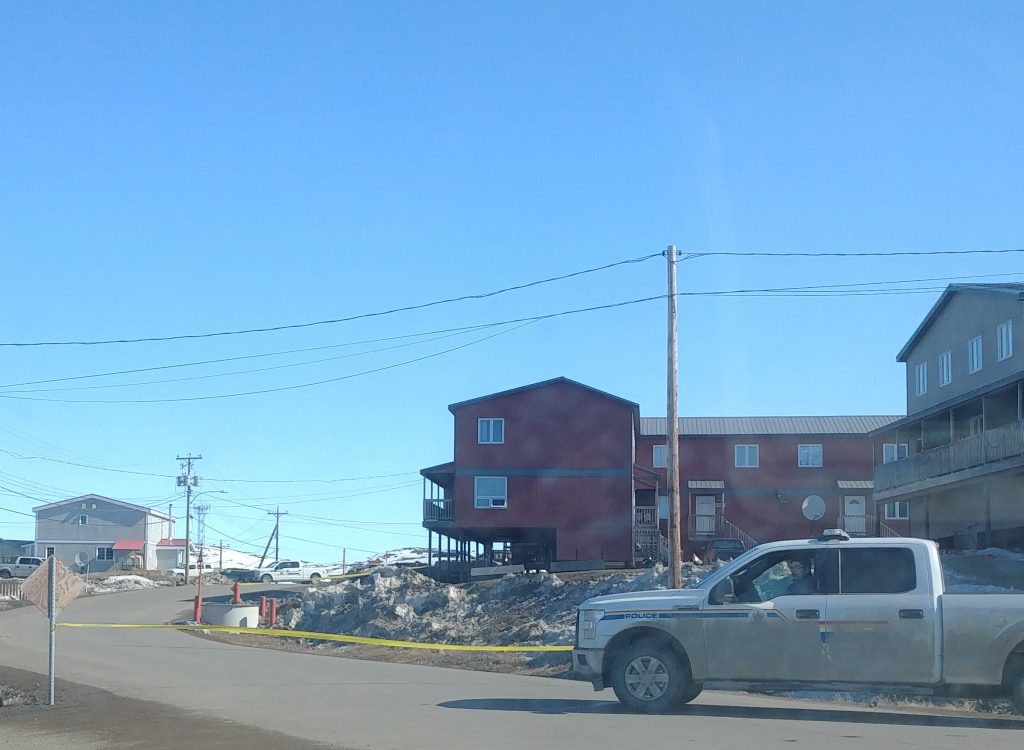 Nunavut RCMP barricaded a section of the 4100 block of Iqaluit on Friday, May 15, while they investigated a suspected homicide. Brandon Lyta, 23, was later charged with second-degree murder. (File photo)

A 23-year-old Nunavut man has been charged with second-degree murder.

RCMP arrested Brandon Lyta of Kimmirut on Saturday, May 16, following a homicide investigation in Iqaluit.

Police attended to a man in distress at 2:30 a.m. on Friday, May 15, in the 4100 block, behind Dead Dog Lake. The man later died, after he was taken to Qikiqtani General Hospital.

Police blocked off a section of Imiqtarviminiq Road while the RCMP’s major crimes unit and forensic identification unit investigated the area.

Lyta has appeared before a justice of the peace and been remanded into custody. His next scheduled court appearance is July 6 at the Nunavut Court of Justice in Iqaluit.