Nunavut MLA called out for statement about ‘two-spirit’

Cathy Towtongie says she was critiquing the word, rather than the spirit, of motion supporting “two-spirit” residents 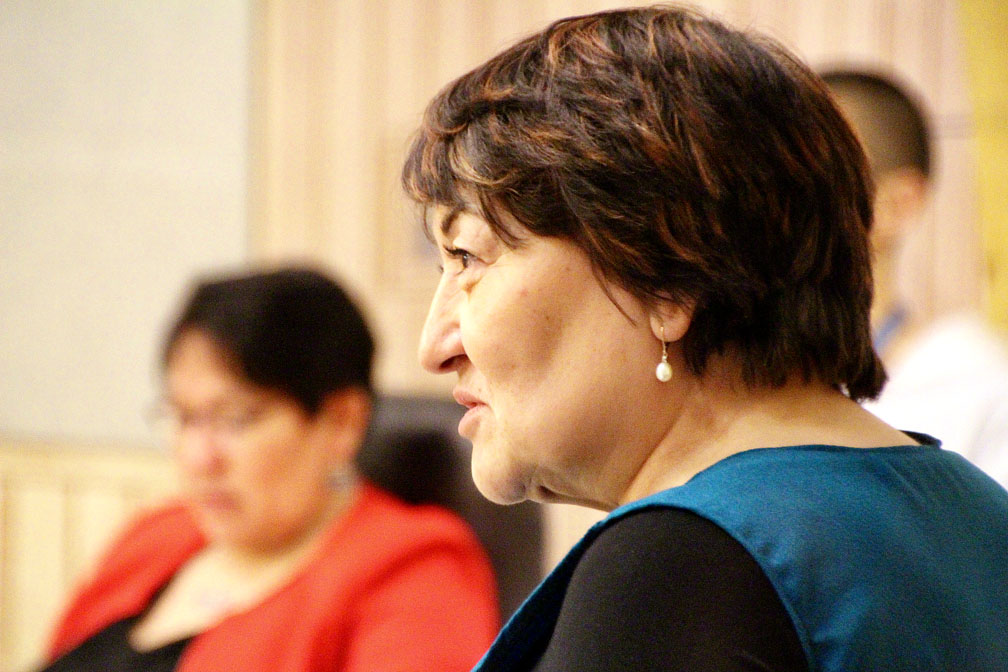 Cathy Towtongie, MLA for Rankin Inlet North–Chesterfield Inlet, says comments she made in the legislature last week about the term “two-spirit” and Inuit culture were misinterpreted. (File photo)

A Nunavut MLA is clarifying remarks she made in the legislative assembly last week about the definition of “two-spirit” after online backlash reacting to her statement.

Sheutiapik’s motion read: “And whereas the final report of the National Inquiry into Missing and Murdered Indigenous Women and Girls called upon all governments to work with Inuit to provide public awareness and education to combat the normalization of domestic violence and sexualized violence against Inuit women, girls, and 2SLGBTQQIA people, and the acronym stands for two-spirit, lesbian, gay, bisexual, transgender, queer, questioning, intersex, and asexual and these are lists of how an individual identifies themselves.”

Towtongie spoke in support of the motion, but highlighted the term “two-spirit.”

“I have read that two-spirited people is not the Inuit way of life. I believe in procreation and I believe that animals have babies and Inuit too,” Towtongie said through interpretation.

“We know that having two spirits is not from Inuit culture. Procreation and having babies continues today. It’s how we survived up to 2020,” she said to applause from other MLAs.

When the official transcript of Towtongie’s speech had been put up online, several people took to social media and expressed concern over the MLA’s choice of words.

Anna Lambe, from Iqaluit, posted a public letter on Facebook urging the assembly “to reevaluate its values and beliefs in representing Nunavummiut in a fair and just manner… and reprimand not only the actions of Cathy Towtongie but of those that were in support of her comments March 5, 2020.”

“By making these comments, Towtongie suggests that she supports the motion, except for the protections of LGBTQ2S+ individuals as they are not accepted into the ‘Inuit way of life,’” Lambe’s letter reads.

“How this was not reprimanded the moment she concluded her statement shocks me, but not nearly as much as the fact that she was applauded for her comments by other member of the legislative assembly.”

David Lawson, another Iqaluit resident, made a Facebook post about the comments, saying he felt compelled to respond.

“The motion called on elected leaders to be role models – yet I’m embarrassed and ashamed of one of my own MLAs who brings in her personal views and state this from such a high profile profile and influential position,” Lawson’s post read.

“I hope our other elected leaders respond to this and not simply ignore what hurt many Nunavummiut. The legislature needs to point out (as there was applause at the end of her statement) that her personal views are not their views as a whole.”

Speaking to Nunatsiaq News, Towtongie said she was confused by Sheutiapik’s use of “two-spirit” in her motion.

“Two-spirit, the definition is from First Nations. We have an older Inuktitut term… but we’ve forgotten those terms. That’s why I was confused,” Towtongie said.

“I wholeheartedly agree there should be no violence, but towards the end I said, yes I believe in procreation, but this two-spirited… the definition does not align with our definition,” she said.

Towtongie said the Inuktitut to English interpretation in the legislative assembly lost the meaning of her speech.

“Two-spirited is the history of First Nations, but in our culture, in Nunavut, we never use two-spirited,” Towtongie said.

“There are other definitions, older terminology. That’s what I said.”

In 2014, when she was president of Nunavut Tunngavik Inc, Towtongie commended Iqaluit city councillor Simon Nattaq for speaking out against the decision to raise a rainbow flag outside of Iqaluit city hall during the winter Olympics.

Towtongie did not apologize for her comments at the time. But later, NTI said in a news release that it aimed to “promote the rights and opportunities of the Inuit of Nunavut as a whole, and fair treatment of disadvantaged groups within the Inuit population, respecting the dignity of every person and avoiding discrimination based on race, national or ethnic origin, colour, religion, sex, sexual orientation, age, or mental or physical disability.”