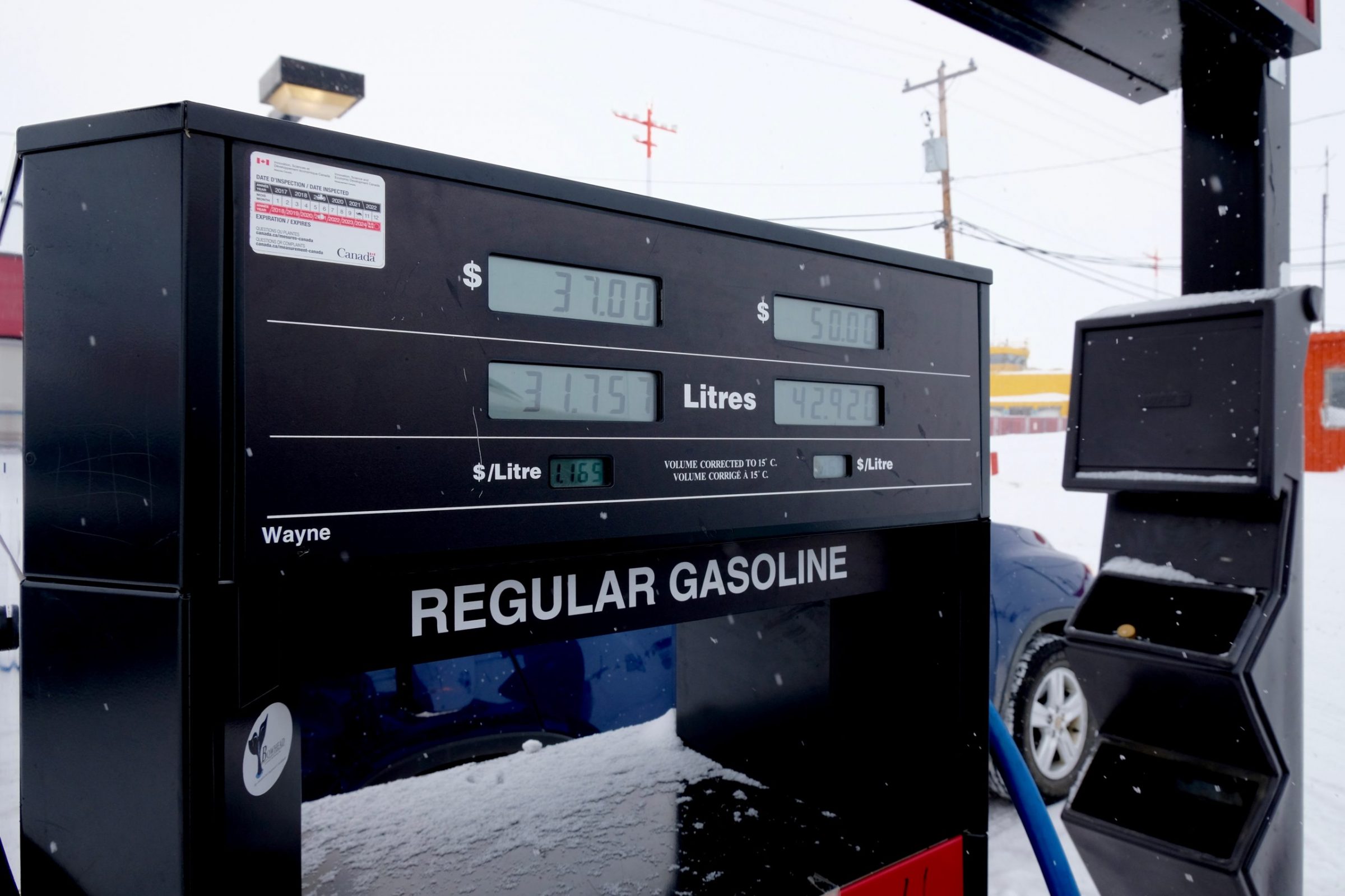 Bill 68 passed in Nunavut’s legislature on March 5, increasing the petroleum products divison’s deficit limit to $20 million, up from $10 million. (Photo by Mélanie Ritchot)

Nunavut’s MLAs have given the territory’s petroleum products division permission to run deficits of up to $20 million — up from $10 million — following the passage of Bill 68 on March 5.

The division, known as the PPD, expects a deficit of $18 million for the fiscal year that ends on March 31. The division buys fuels such as gasoline and heating oil and controls their prices in the territory.

The bill also allows the PPD to post surpluses of up to $20 million.

“Widening the buffer means not having to increase prices for Nunavummiut,” Finance Minister George Hickes said in the legislature on March 5.

He said that the bill would allow the government to keep prices stable for consumers, by allowing the division to run a deficit to offset increases in global fuel prices in one year, and then return to a surplus in a following year when global prices drop.

The PPD controls gasoline and heating oil prices based on factors including how much it paid, how much it bought and how much people use throughout the year.

A major factor in 2020 was the COVID-19 pandemic, Hickes said. It meant, for example, much less jet fuel was used since fewer people were travelling.

In hindsight, “Nunavummiut should have been paying a few cents more per litre all along,” Hickes said.

He said in the fall, the department knew it would probably have a deficit, but “raising the price of fuel during the [COVID-19] outbreak and just ahead of the colder winter months was not in the best interest of Nunavummiut.”

A similar bill was discussed in the legislature in the first week of March. With Bill 54, the Finance Department is looking to increase how much it can spend per year on petroleum to $350 million from $250 million.

That bill, which was delayed and will be reviewed again in a couple months, would allow the PPD to buy more fuel when prices drop, meaning cheaper gas and heating fuel for Nunavummiut.

A similar change was made in 2019 when the spending limit was increased to $250 million. The main difference between the 2019 bill and the newer one is an accountability measure that would require the PPD to get government approval before spending the proposed extra $100 million.

The official gas prices for the upcoming fiscal year, which begins April 1, have not been announced yet. Typically, the prices change in April and sometimes mid-way through the year in October.