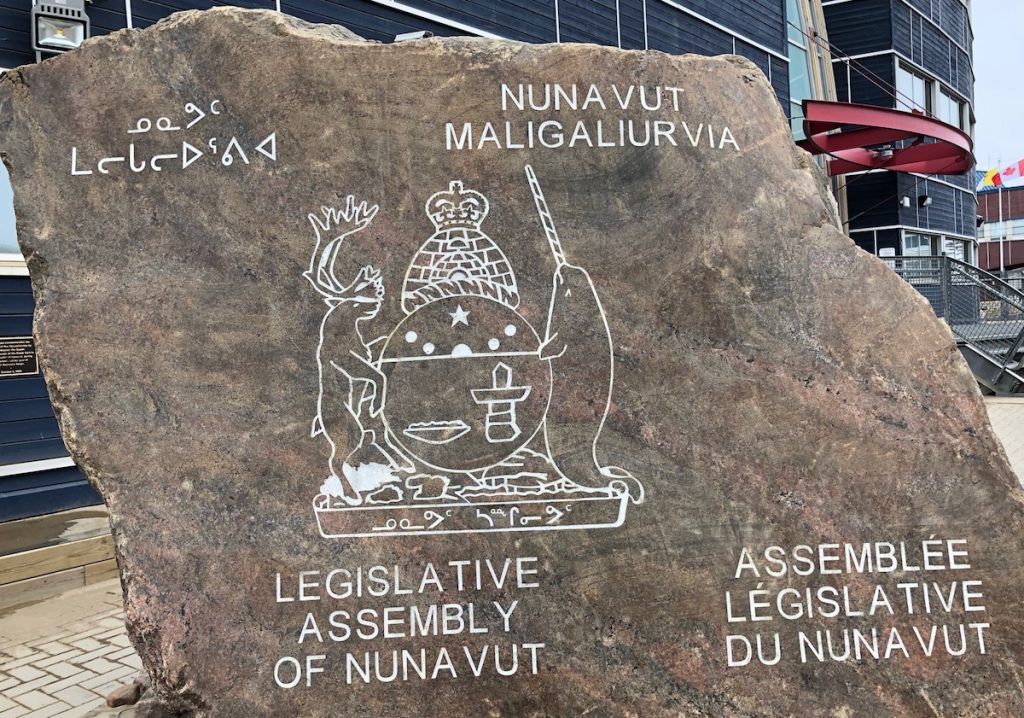 On Wednesday and Thursday, members of Nunavut’s standing committee on the oversight of government operations and public accounts will be back at work in Iqaluit. Their task: to review annual reports of the information and privacy commissioner and the representative for children and youth over two days of public, televised hearings that could prove contentious. (Photo by Jane George)

Although the Nunavut legislature has adjourned until the end of May, on Wednesday and Thursday of this week members of the legislative standing committee on the oversight of government operations and public accounts will be back at work in Iqaluit.

Their task: to review annual reports from the Nunavut information and privacy commissioner and the Nunavut representative for children and youth over two days of hearings.

These public hearings, which have been postponed from Tuesday to Wednesday, will take place in the chamber and will be televised on local community cable stations and direct-to-home satellite service on the Bell (channel 513) and Shaw (channel 289—classic / channel 489—new lineup) networks, as well as on the legislative assembly’s website.

The hearings could be interesting because both McNeil-Mulak and Keenan-Bengts expressed concerns about the Government of Nunavut’s lack of collaboration on various cases and issues in their latest annual reports.

The Representative for Children and Youth’s Office, an independent office that is devoted to ensuring the rights of young Nunavummiut are respected, advocates for young people’s interests and rights and tries to assist the legislative assembly in ensuring their needs are met.

“Our office continues to press the Government of Nunavut for better service coordination between its staff and its departments,” McNeil-Mulak said in her latest annual report.

“The standing committee’s televised hearing will provide an important opportunity to examine the extent to which the activities and expenditures of the office have had a measurable impact on the well-being of Nunavut’s children and youth,” said the standing committee’s chairperson, John Main, in a legislative assembly news release.

“Members will also consider how the operations and priorities of key government departments have taken into account the work of the office.”

These include independent oversight of the GN and its agencies with respect to access and privacy matters.

“I am troubled by this development and residents of Nunavut should be equally concerned.”

Senior officials from Nunavut’s Department of Executive and Intergovernmental Affairs and Department of Health will also appear at this hearing.

“Important amendments to the Access to Information and Protection of Privacy Act were passed by the legislative assembly within the past two years,” Main said.

“The standing committee’s upcoming televised hearing will consider a number of issues, including what actions the government has taken in response to recommendations made by the information and privacy commissioner in her annual reports.”