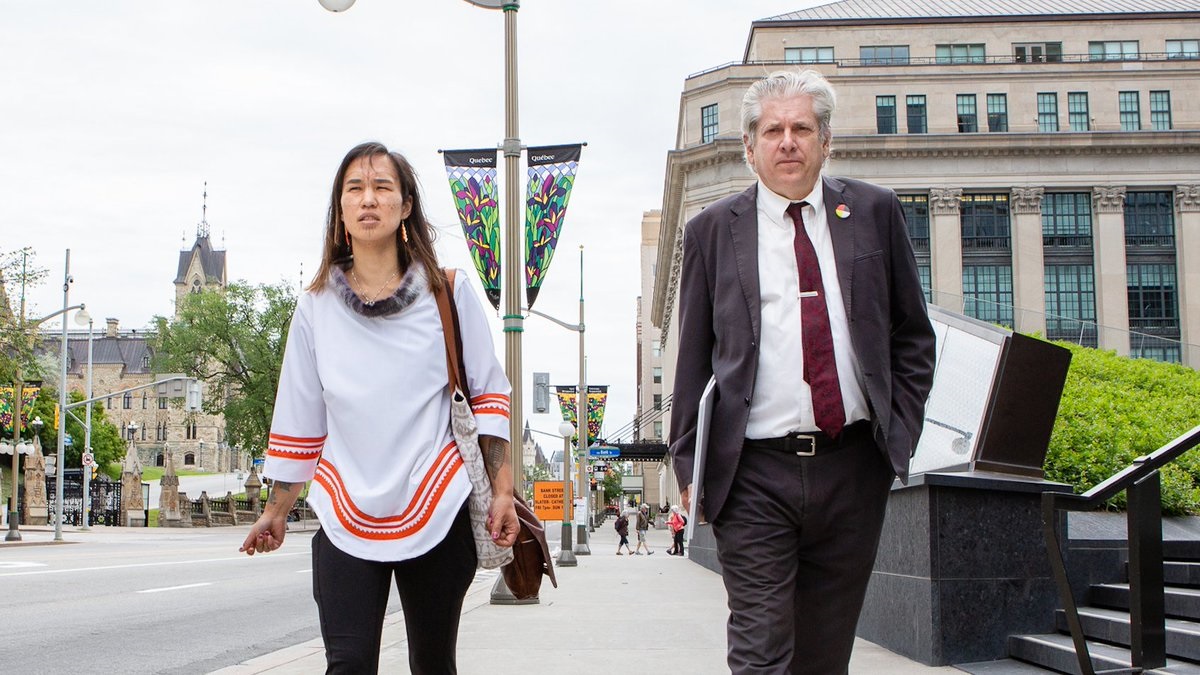 NDP MPs Mumilaaq Qaqqaq and Charlie Angus will lead a march in Ottawa on Saturday. They’re calling for the federal government to investigate potential crimes committed in the residential school system. (Photo courtesy of the NDP)

Nunavut MP Mumilaaq Qaqqaq is leading a march in Ottawa on Saturday to demand an investigation into Canada’s residential school system.

Earlier this month, Qaqqaq and the NDP held a news conference to ask the federal government to appoint a special prosecutor to investigate potential crimes committed against Indigenous Peoples at residential schools.

Specifically, she called on federal Justice Minister David Lametti to approach the International Criminal Court to launch an investigation into a system she said “represents a crime against humanity.”

Saturday’s march is expected to visit the Justice Department on Wellington Street in Ottawa.

“We need action. Enough is enough: abusers must be brought to justice for their crimes and Canada must be held accountable.”

One of Qaqqaq’s demands is for the Public Prosecution Service of Canada to re-investigate allegations of abuse by Rev. Johannes Rivoire, a Roman Catholic priest who worked in Nunavut in the 1960s.

Rivoire once faced charges of sexual assault against Inuit children, but those charges were stayed in 2017.

Qaqqaq and fellow NDP MP Charlie Angus will lead the march along with local elders. The event starts at noon at 111 Wellington St.