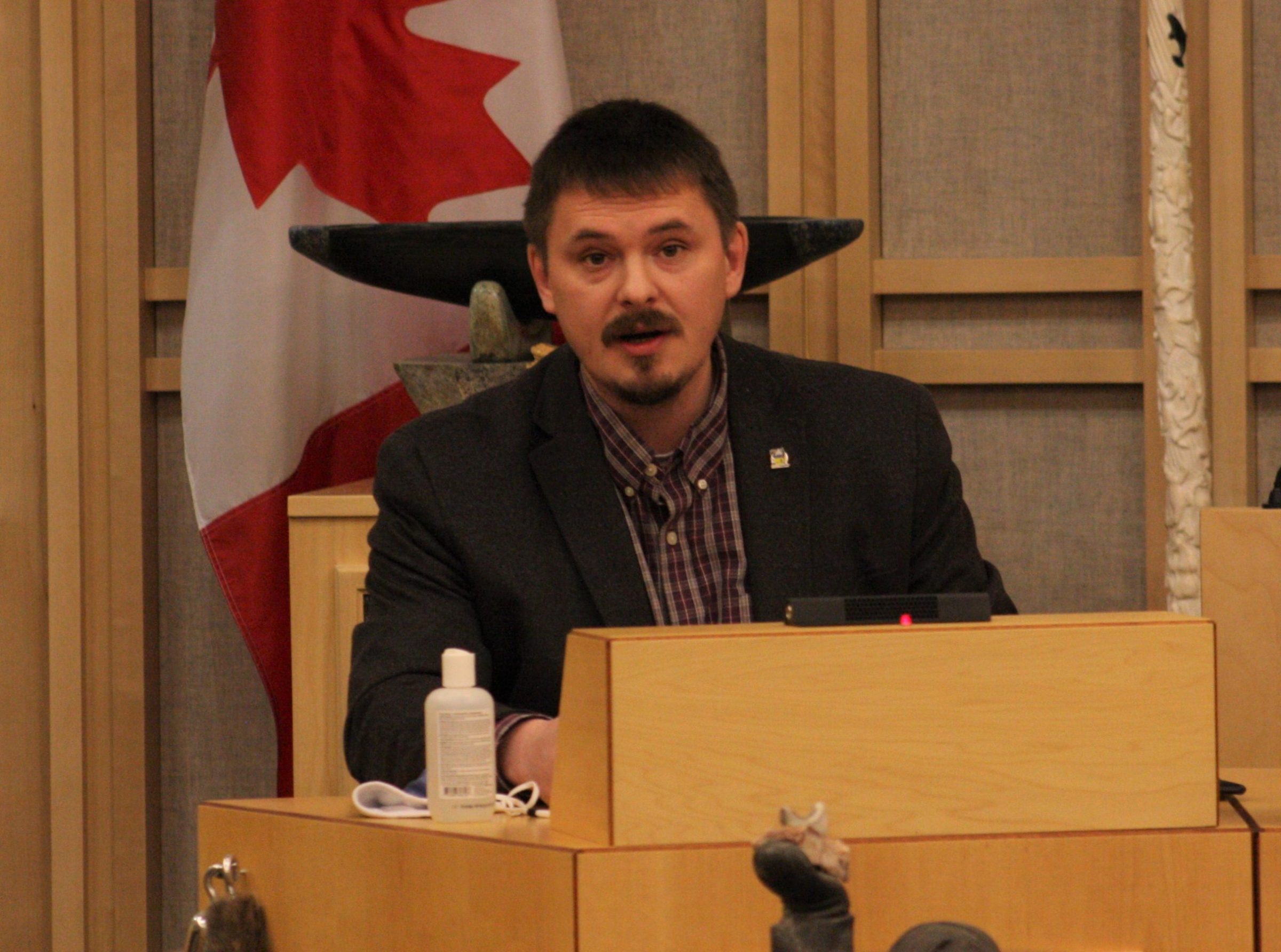 Overcrowded housing in Nunavut is contributing to the spread of COVID-19 in the territory, Nunavut Premier P.J. Akeeagok said during the territorial government’s first public update on the situation this year. (Photo by Corey Larocque)

There’s no need to call in the military to fight COVID-19 in Nunavut, but Nunavut Premier P.J. Akeeagok wants to enlist federal government support for other assistance.

“Military is not an option we are exploring right now,” he said Thursday, answering reporters’ questions following a public update on the territory’s COVID-19 situation.

Housing, on the other hand, is an area where Nunavut could use federal help, because he says more of it could help ease the impact of COVID-19 in the territory.

As of Thursday, Nunavut’s COVID-19 case count had climbed to 244 from zero just three weeks ago.

“Overcrowding is contributing to the rapid spread of COVID-19 in our communities,” Akeeagok said.

Some provincial politicians have talked about asking for the Canadian Armed Forces to be called in to perform a variety of COVID-19 tasks, from helping with booster shot rollouts to backstopping exhausted workers at long-term care homes and hospitals.

The chief of Bearskin Lake First Nation in northern Ontario, where more than half of its population of 400 have tested positive for COVID-19, has also asked for military assistance.

In fact, Nunavut MP Lori Idlout and her NDP colleague, northern Ontario MP Charlie Angus, wrote to the federal minister for emergency preparedness, Bill Blair, asking for military support in Bearskin Lake, according to Angus in a message over social media.

In Nunavut, Akeeagok has publicly said several times that his government has put together a request for COVID-19-related federal aid that includes housing, along with nurses and front-line health-care workers.

On Thursday, he said his team has been in touch with federal officials about that request. Akeeagok also said housing is an issue he and Trudeau discussed in December when they met in person in Ottawa — before the latest COVID-19 outbreak in Nunavut began.

“It has exemplified the urgency for true action. It’s felt right across the territory,” he said.