Child was cold but unhurt 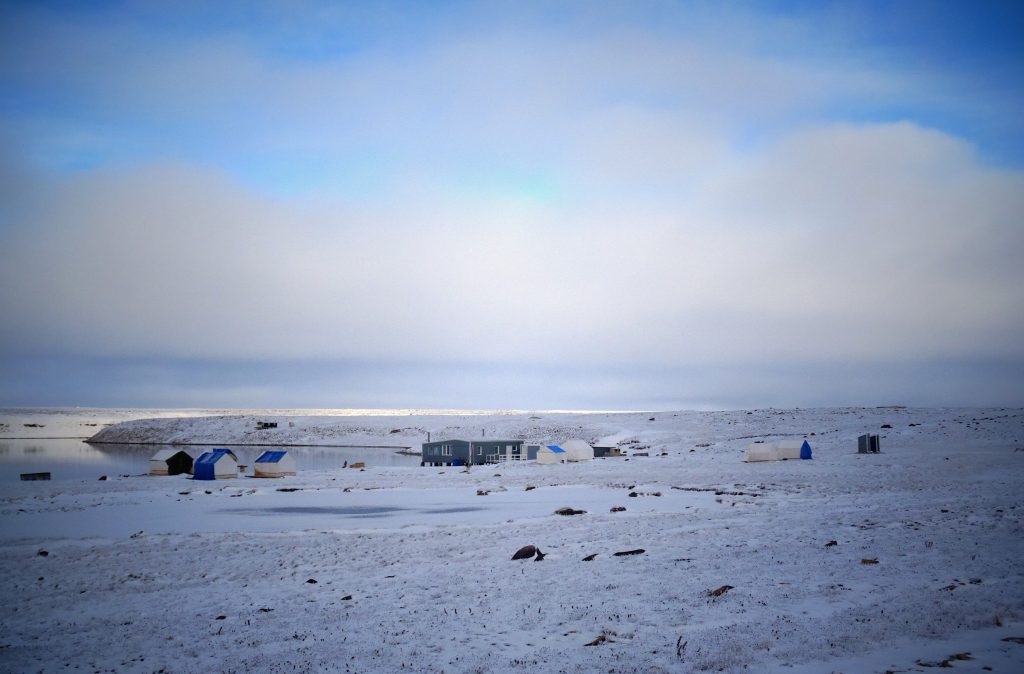 The slopes of the area known as West Arm outside the western Nunavut town of Cambridge Bay are widely used in the spring for sledding. But after a young boy fell into a crevasse, the local fire department is warning people to “use caution and be aware that this danger exists.” (Photo by Jane George)

The Cambridge Bay Fire Department and Nunavut RCMP are reminding residents to be careful while playing outside, following the rescue of a young boy who had fallen into a crevasse.

The incident occurred on Tuesday, during a daycare outing near the West Arm area of Cambridge Bay.

The West Arm is located about seven kilometres from the town of about 1,800—and it’s a place that’s popular for sledding in the spring.

On May 7 at about 2:50 p.m., a child on the outing was observed to be missing, an RCMP news release said, prompting an off-duty RCMP officer who was there to call for additional resources.

The boy was found several minutes later in the crevasse, believed to be 10 to 15 feet deep, and not within reach from the surface, the RCMP release said.

At the time, light snow was falling and the temperature was about -13 C, with a wind chill of -23 C.

After an attempt to lower one of the officers down failed, everyone dug around the crevasse to get closer to the boy.

After several attempts and more digging, two officers entered headfirst and were able to rescue the boy at 3:20 p.m.

The boy was taken to the Kitikmeot Health Centre by the Cambridge Bay Fire Department where he was examined and found to be cold but unhurt, police said.

“The RCMP would like to use this happy ending to remind everyone of the unpredictability of nature and to be very careful and vigilant when playing outside,” the RCMP news release said. “It’s a good practice to bring a friend and to always have a way to call for help.”

Keith Morrison, chief of the Cambridge Bay Fire Department, said there are cavities and rock crevices under the snow along the banks in West Arm up to several metres deep (15 feet or more) hidden by what looks like solid snow.

“It is possible to fall through and become trapped and injured. If you are snowmobiling, sliding, or taking kids to play at West Arm, use caution and be aware that this danger exists,” he said in a public notice.

After Tuesday’s incident, the Cambridge Bay Daycare Society plans to update its risk assessments for outings.

The society thanked the RCMP, fire department, hamlet staff and bylaw officers who came to assist in the rescue.

“Thankfully the child is safe at home with his family tonight,” the society said on social media on May 7.