“It has no bearing on his disappearance” 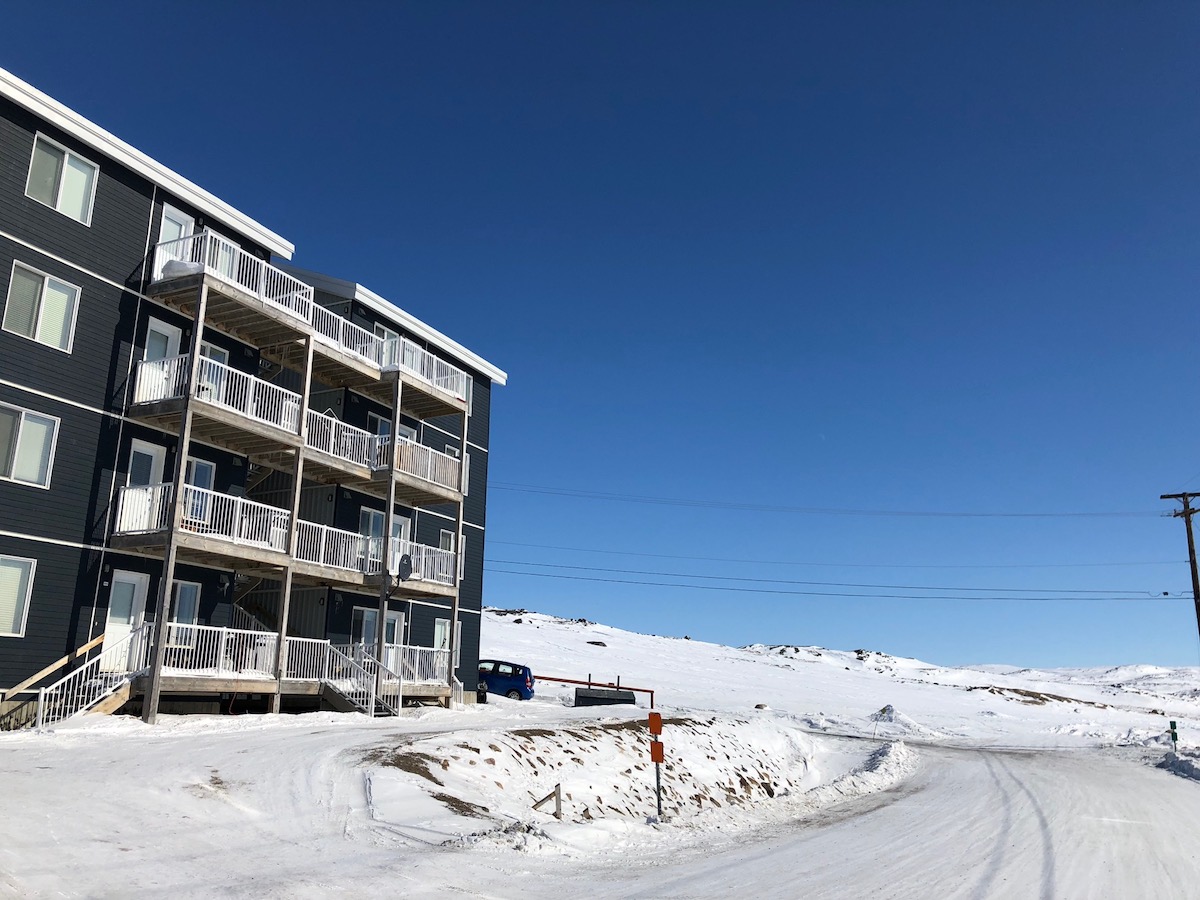 A taxi driver dropped off Ambar Roy, 18, by this apartment building on the Road to Nowhere in Iqaluit on March 13. That is the last confirmed sighting of the University of Waterloo student, who is said to have spent the night of March 12 to March 13 in RCMP custody before wandering out onto the land, although police say that the teenager’s whereabouts that night have nothing to do with his disappearance. (Photo by Jane George)

One month after Ambar Roy went missing in Iqaluit, many questions remain about the circumstances that led up to the 18-year-old’s disappearance.

On the night of March 12 into the 13th, sources close to the teenager assert he was in police custody.

Police had earlier said they didn’t know where the teenager spent that night, before heading out to the Road to Nowhere the next day.

Police now say they “have accounted for his whereabouts” that evening. But, “as it has no bearing on his disappearance, we have not provided any details to media on where Ambar Roy spent the night of the 11th and 12th of March,” the RCMP said April 11 in an email.

Police previously said he spent the night of March 11 at the home of his parents, Bijoya and Amal Roy.

With many inconsistencies in police statements, a coroner’s inquest may be the only way to find out more information about what happened to Ambar during those two troubled days before he went missing.

He’s believed to have have walked outside Iqaluit on the land, where searchers were unable to find him.

Last week, Ambar’s grieving mother, Bijoya, told Nunatsiaq News that she had finally gone out on a snowmobile for the first time in her life, with search members, to see where they had tracked her son, and she said she still couldn’t believe a boy who’s originally from Toronto could have wandered so far.

Here’s what we know: on March 11 her son was caught vaping at the Iqaluit airport; he spent the night of March 11 at home; on March 13 a taxi driver dropped Ambar on the Road to Nowhere, the last place he was seen.

The search in the city and out on the land for Ambar, a student at the University of Waterloo, ended March 27.

At the time, the RCMP said “given the time frame since Ambar has been last seen, it is believed Ambar has succumbed to the elements. Any further search would be considered a recovery versus a rescue mission.”

Searchers had headed out on numerous occasions and tracked, at one point, what police said was a person wearing one shoe who had walked more than 10 kilometres north-north-east of the Road to Nowhere, in deep snow and in frigid conditions.

Police have offered varying accounts of what took place between the time when Ambar was prevented from boarding a Canadian North jet on March 12 and his last confirmed sighting March 13.

At first, when Ambar was declared missing on March 18, police said Ambar was last seen leaving the Iqaluit International Airport on March 14, at 11 a.m.

Nearly a week later, police offered a new version of events, saying that Ambar was last seen at a bridge under construction on the Road to Nowhere leading out of the city.

Danny Savard, the manager of Caribou Cabs, partially confirms this account. On March 13, around midday, Ambar got out of a taxi at the last building before the Road to Nowhere heads into the hills and towards the bridge in question.

If Ambar had been obviously in distress at time, the taxi driver would have called the dispatcher, he said.

It was not as if the teen was dumped in the “middle of nowhere,” Savard said.

The driver didn’t make a big deal out of the ride, he said.

“If we asked too many questions, you’re all over Facebook for being too nosy,” Savard said.

People of all ages who live there get out at the same place, all the time, he said. As well, it’s not unusual for a passenger to stop for a smoke or vape after leaving a taxi cab.

One version of events of Ambar’s activities from March 11 to March 13, first offered in an online posting from a close friend of the Roy family, has since been confirmed by other reliable sources.

They say Ambar was in police custody from March 12 to March 13: “He was at the Legion on Tuesday, March 12 evening until late, then to The Frob(isher Inn) to ask something. He walked to a shelter and he was in the care of the RCMP until Weds. morning. By noon he was missing,” as a friend of the family said on Facebook. 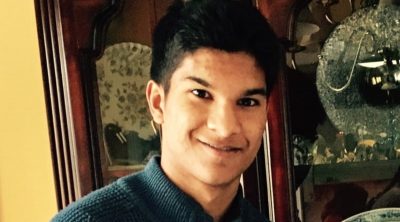 After multiple, unsuccessful searches, on March 27 police called off the search for Ambar Roy, 18, missing since March 13. (Photo courtesy of the RCMP)

On March 11, he had attempted to spend the night at Iqaluit’s “damp” shelter, for people who may be intoxicated, police said.

Because Roy was under 19, he was not allowed to stay at the shelter, and police previously said he went home. That’s been confirmed by other sources, too.

In the early morning hours of March 13, police said Ambar returned to the damp shelter, but was not allowed in.

It’s unclear whether the shelter, as it is supposed to, contacted the RCMP or social services about Ambar, as the Government of Nunavut’s Department of Family Services has not yet responded to questions sent earlier this week.

Ambar’s mother said that when she last saw him, he showed no signs of being suicidal, and that he had made plans to meet friends back in Waterloo, Ont.

What was the nature of Ambar’s contacts with the RCMP and social services in the hours leading up to his disappearance? We don’t know, because the RCMP and family services didn’t elaborate on that question.

These are the kinds of questions often dealt with by a coroner’s inquest—which anyone may request—to determine the circumstances and events leading up to a death.

A coroner may hold an inquest to produce recommendations designed to prevent similar deaths, or as the Coroners Act puts it, “to inform the public as to dangerous practices or conditions in order to avoid preventable deaths.”

Ambar’s disappearance is not the first to take place in Iqaluit in recent years: in 2014 Ben Palluq went missing and as did Lucassie Etungat in 2016.

Neither has been found, although a piece of clothing later thought to belong to Etungat was located on an island in Koojesse Inlet.

But Ambar is the only missing person to have had contact with the RCMP in the hours before he vanished.

(Some details on dates in this story have been adjusted)