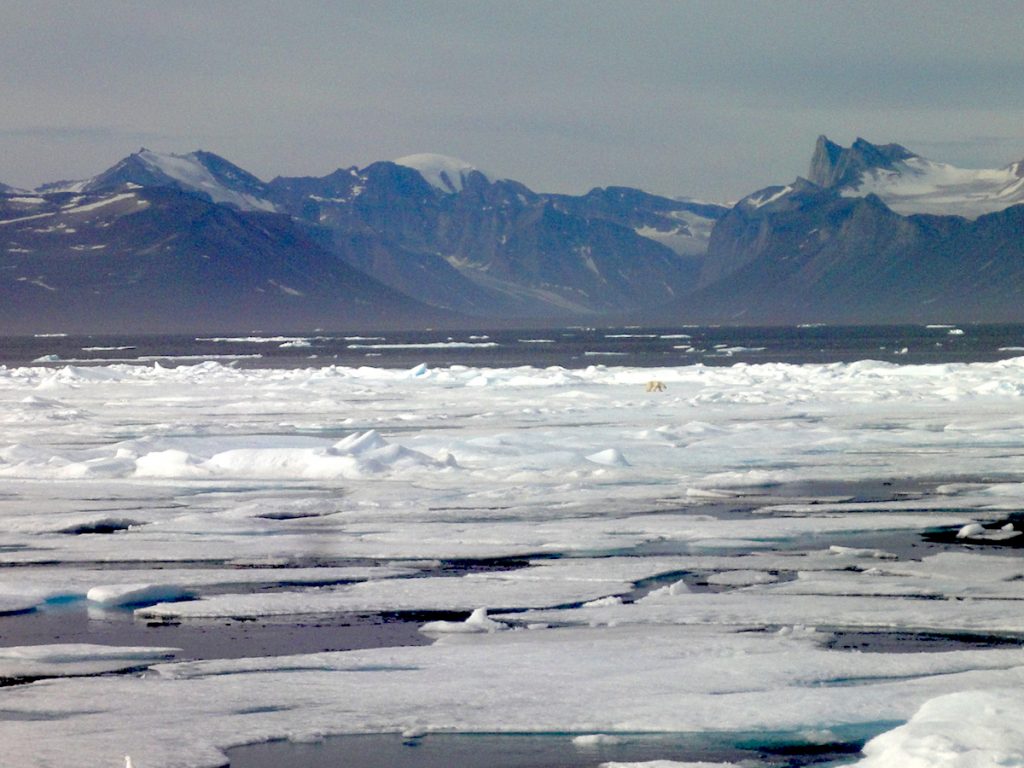 Should there be oil and gas development in Baffin Bay, seen here, and in the Davis Strait? The Nunavut Impact Review Board’s final public meeting in its Strategic Environmental Assessment process on that question starts Monday morning in Iqaluit. (photo by Jane George)

The future of oil and gas activity in Davis Strait and Baffin Bay is the focus of a big meeting planned for next week in Iqaluit.

The Nunavut Impact Review Board has scheduled a final public meeting March 18 to March 22 in the Nunavut capital as part its $2.5-million strategic environmental assessment, or SEA, in Baffin Bay and Davis Strait.

The meeting, which gets underway at 9 a.m. on Monday at the Frobisher Inn Grand Ballroom, will allow members of the public, Inuit organizations and government agencies to discuss potential types of oil and gas related activities that could take place within the Canadian waters of Baffin Bay and Davis Strait, their potential risks and benefits, and possible management strategies.

The purpose of the meeting is to ensure the NIRB has enough information to prepare its final SEA report and recommendations to the minister of intergovernmental affairs, northern affairs and internal trade.

This meeting marks the final public step in the process before the NIRB turns to drafting its report and recommendations.

The NIRB’s SEA report and recommendations are intended to inform this decision, the NIRB said in a backgrounder.

Unlike a normal NIRB review, the SEA is not focused on a specific development proposal, such as a mine: “Instead, it is focused on possible and hypothetical scenarios that outline possible activities and components of the oil and gas life cycle that could realistically be expected to occur if oil and gas development was approved in the area,” the NIRB said.

▪ The location and timing of potential oil and gas activity

▪ Options for maximizing benefits for people in Nunavut

▪ Specific areas where regulators and others need more information

Last February, following a referral from the federal department then known as Indigenous and Northern Affairs Canada, the NIRB started its assessment.

INAC had already started a SEA review, but Nunavut Tunngavik Inc. and the Qikiqtani Inuit Association had requested that the NIRB be involved, given its experience in project-specific assessments in Nunavut.

The final public meeting opens with welcoming remarks by Iqaluit Mayor Madeleine Redfern, remarks by the NIRB chairperson and introductions to the main participants in the meeting, who include representatives of the Department of Crown-Indigenous Relations and Northern Affairs Canada, NTI, QIA and the Government of Nunavut.

On the meeting’s first day, Nunami Stantec, a partnership between the regional Inuit development corporations and Stantec Inc., will also present work that has been done on issues like possible oil and gas development scenarios and the potential effects of this development on the environment, wildlife and people.