Another six students venture onto path leading to government work 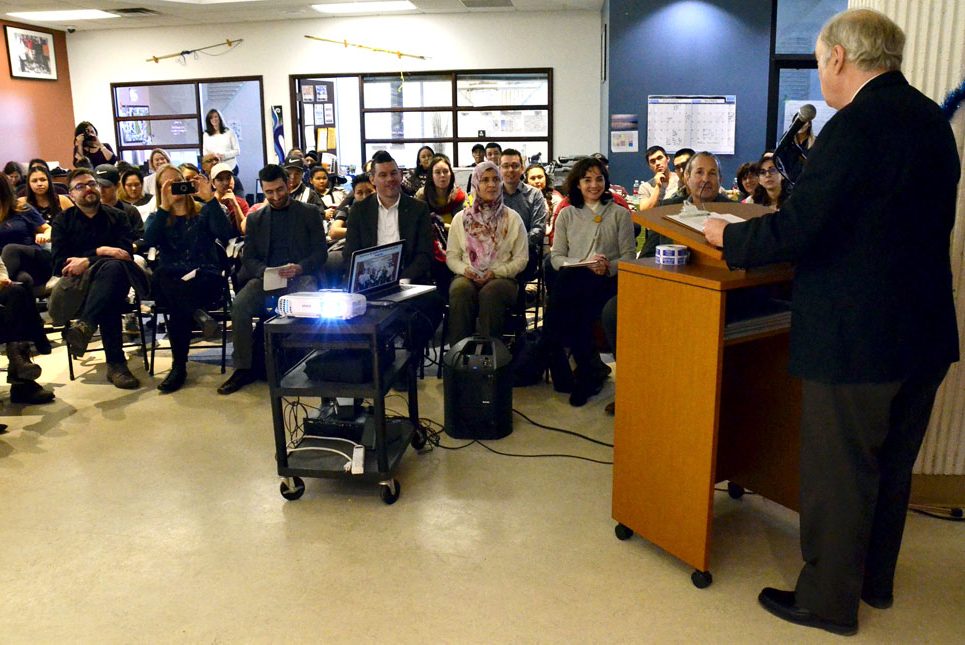 The success of the first six Inuit students to enter Nunavut Sivuniksavut’s ACD program was celebrated at an event in Ottawa last December. (File photo)

Another six Nunavut Inuit students will get a chance next year to participate in an advanced Nunavut Sivuniksavut program that puts students on the path to university and future government employment.

The program, called Academic and Career Development, or “ACD,” combines work placements at federal government departments in Ottawa with courses at Carleton University that lead to a qualification called the Certificate in Nunavut Public Services Studies.

Its purpose is to help more young Inuit qualify for Nunavut government jobs to meet the employment goals set out in Article 23 of the Nunavut Agreement.

“We want to see more Inuit in the public sector so that Inuit are leading Nunavut at all levels,” Jesse Unaapik Mike, chair of the NS board of directors, said in a news release.

The decision to back a second round of the ACD program was made at a recent meeting of the Makigiaqta Inuit Training Corp., NS said.

The first version of the ACD program ends this December, and organizers are calling it a success.

“Students have passed all of their university courses and their placement experiences in government departments have been very rewarding,” said Murray Angus, the co-ordinator of the ACD program.

So the next round will accept another six Nunavut Inuit students who have finished the second year of NS.

It will start on Jan. 2, 2020, with work placements at various government departments located in Ottawa and Gatineau, such as Statistics Canada, Employment and Social Development Canada, and Crown-Indigenous Relations and Northern Affairs Canada, NS said.

NS won’t deliver any courses itself—but the six students will take the courses at the NS building on Rideau St. on Ottawa from Carleton instructors.

Financing from the program will come from the Makigiaqta Inuit Training Corp., the federal government and Nunavut’s Department of Family Services.