‘We have to give it a try,’ says QIA president P.J. Akeeagok 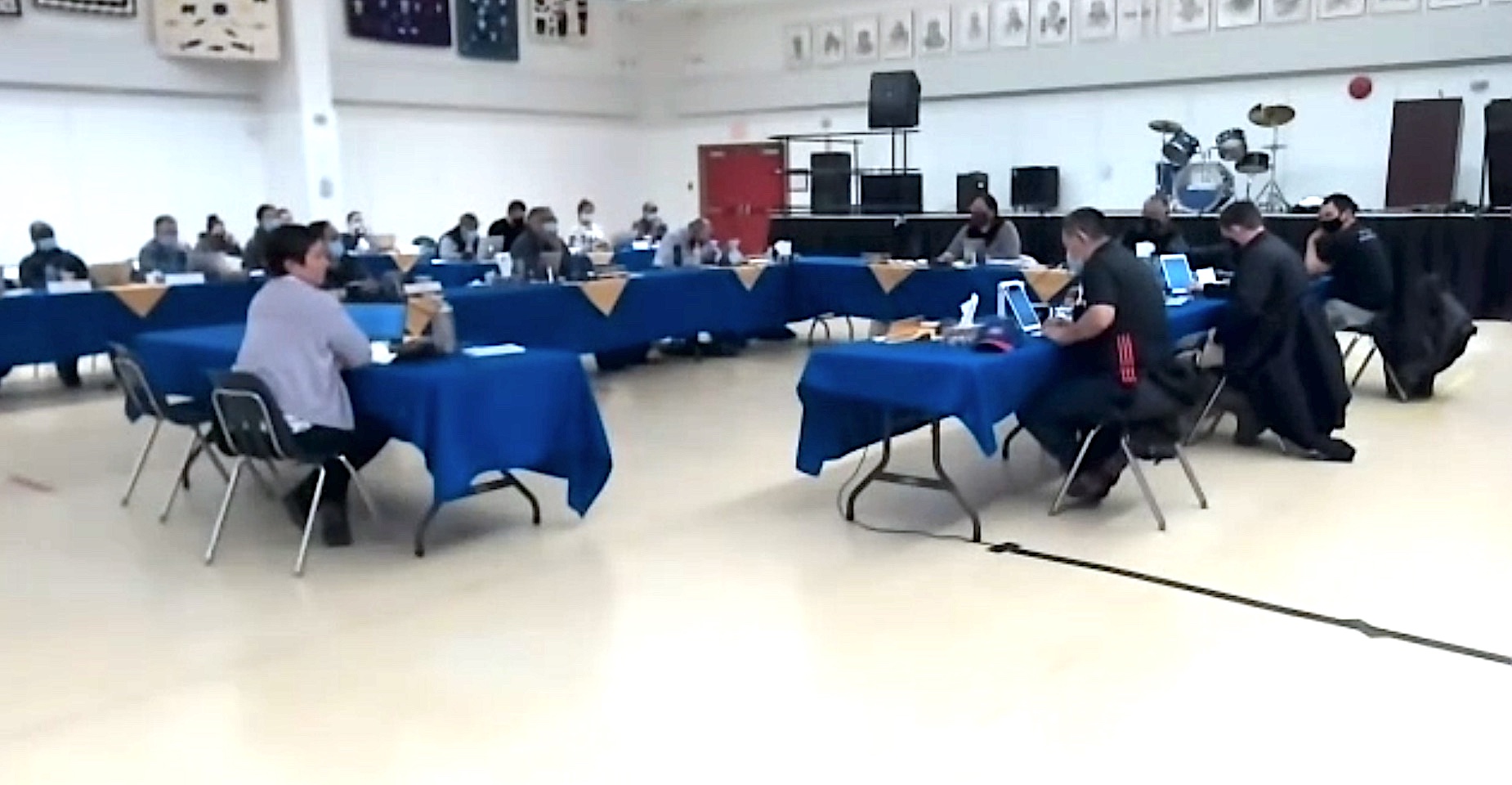 Nunavut Tunngavik Inc. board members discuss a presentation on self-government options for Nunavut Inuit on Wednesday, during their meeting in Baker Lake. (Screen shot from NTI livestream)

How to do that came under discussion Wednesday at NTI’s board meeting in Baker Lake, with several board members expressing disillusionment with the Government of Nunavut and the low number of Inuit among its management.

Kunuk Inutiq, NTI’s director of self-determination, presented a report on the topic. She said a Nunavut Inuit self-government would not fundamentally alter its public government and territorial leaders could still represent Nunavummiut.

“Inuit self-government would build on the elements of Inuit governance that already exist, most logically through the land claims organizations,” her report said.

But Inuit self-government would require these regional Inuit organizations to include institutions “that can better serve Inuit and Inuit interests.”

The options for moving ahead include negotiating with the GN to create an “intergovernmental services agreement,” she said.

Under such an agreement, NTI could take over delivering social programs such as education for Inuit in Nunavut.

Another option would be to develop Inuit-focused programs and services independent of the GN.

Or NTI could ask the federal government to pursue a formal self-government agreement, which could take as long as 20 years.

P.J. Akeeagok, the president of the Qikiqtani Inuit Association, said it was worth exploring the possibilities.

“We have to give it a try,” he said after listening to the report.

Inutiq mentioned how Makivik Corp. has set a precedent for Inuit pursuing a form of self-government that would operate parallel to a regional public government.

“While Canada’s preference is for public government, federal policy and law do not exclude possibility for Inuit self-government in Nunavut,” Inutiq said.

The GN would be unable to prevent Inuit in Nunavut from pursuing a Section 35-based self-government process, she said.

Section 35 is the part of the Constitution Act that recognizes and affirms Aboriginal rights and the inherent right to self-government.

But the GN’s involvement would likely be required in any discussions with the federal government, she said.

And if self-government were pursued through the Nunavut Agreement, the GN would almost certainly be involved.

Either way, NTI said the GN could not prevent it from pursuing self-government.

Kivalliq Inuit Association president Kono Tattuinee said he was “totally behind this quest of ours.”

In a resolution, the board said NTI would revisit self-government again at its next annual general meeting.