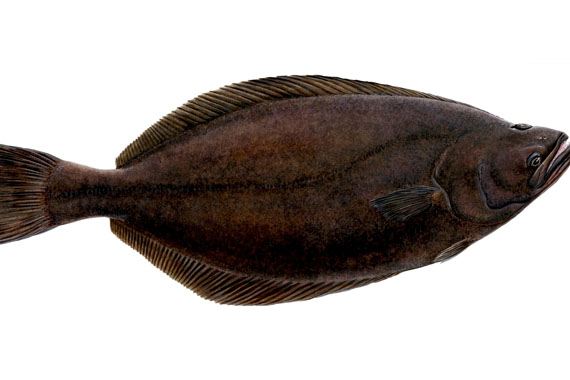 As of Oct. 3, turbot, also known as Greenland halibut, from Nunavut waters has been certified as sustainably harvested by the Marine Stewardship Council. (File photo)

As of Oct. 3, the fish, also known as Greenland halibut, can bear the Marine Stewardship Council’s seal of approval, confirmed Brian Burke, president of the Nunavut Fisheries Association.

“MSC is becoming more of a requirement in a lot of markets,” said Burke. “It’s not something nice to have, it’s something you really have to have: a certificate of sustainability.”

The MSC stamp covers both trawl and gillnet fisheries in three zones of Arctic and Atlantic waters.

Particularly in Europe and increasingly in North America, that proof of sustainable practices is demanded by buyers, Burke said. And getting that certification has been in the works for well over a year.

“Our shrimp industry already has MSC certification, so we had been thinking of looking at our turbot for quite a while now,” Burke said.

“We need to stay up to date with other members of industry to stay competitive, but also to look at that sustainability, to get that certification so we’re doing things in a sustainable way.”

The industry association was formed in 2012 out of the need for a single voice representing Nunavut’s turbot and shrimp fisheries.

Chris Flanagan, CEO of Baffin Fisheries, said this certification demonstrates that turbot fishing in the territory is sustainable and viable. And it leads to their goal of ensuring that the turbot stock remain healthy for future generations.

Flanagan has heard first-hand from buyers in Europe that without a certificate of sustainability, they’re limited in how much turbot they can buy and sell.

“Our buyers were saying if you had MSC certification, it would a big help in moving product,” Flanagan said.

Right now, the primary market for Nunavut turbot is Asia: China and Japan, in particular. While the demand for certification like MSC isn’t as strong in Asia as Europe and North America, Flanagan said it is growing.

And Baffin Fisheries representatives are already on the phone with their buyers in Europe, finding new opportunities for Nunavut turbot.

With most of their fishing completed for 2019, he said the new marketing materials, packaging and stickers showing off the MSC badge will roll out with next year’s catch.

“The thing with MSC is you don’t just get the certification, you have an action plan. Over time, there are things you have to do to maintain your certification. It’s not just a one-off thing,” he said.

“They come back and reassess you based on your progress to meet the goals you have laid out, which is great. It shows we are committed to sustainability and making improvements where needed.”

To go through this process, Nunavut Fisheries partnered with other groups like the Atlantic Groundfish Council, which represents harvesters in Atlantic Canada, and the Northern Coalition Corp., which is made up of Indigenous businesses in Nunavut, Nunavik and Nunatsiavut.

“All of the players in the turbot industry in eastern Canada, we’re all going to be covered, which is great,” said Burke.

“Nunavut has the majority of the turbot in eastern Canada, so we’ll get the most benefit out of it.”