Decommissioning of Grise Fiord’s power plant is underway; battery storage and solar power in the works for Kugluktuk 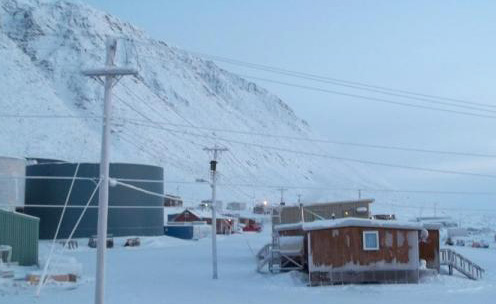 Five down, nine to go.

With the recent decommissioning of Grise Fiord’s aging diesel plant, Qulliq Energy Corp. continues to chip away at replacing community power plants that have surpassed their life expectancy.

A 2015 report found that 14 power plants in the territory fit that description.

Since then, Qikiqtarjuaq and Taloyoak got new plants in 2016, followed by Pangnirtung in 2017 and Kinngait in 2018.

The most recent recipient is Grise Fiord, which received a new power plant in 2019.

“QEC’s local power plant operators have become more familiar with the automated systems — which were previously only manually operated,” he said. “Outages in the community are also less frequent and shorter in duration compared to the previous power plant.”

Grise Fiord residents might notice the new plant’s 58-year-old predecessor is being dismantled this summer.

The energy corporation began the decommissioning project, which will cost around $300,000, not including shipping fees, last year.

“This work involves removing the power plant fuel system, emptying the components of the building, and dismantling the structure,” said Nippard.

The corporation is donating its three 90,000-litre tanks to the territory’s petroleum division and sending scrap parts to the hamlet’s landfill and generators to be discarded down south.

For the next stretch of decommissioning, which began last week and will end on Aug. 20, QEC is taking off the plant’s outer shell and removing the structural bracing.

QEC is asking people in Grise Fiord to exercise caution in the area where this work is being done.

Kugluktuk and Cambridge Bay also have power plants that date back to the 1960s and have surpassed their life expectancy. Qulliq Energy Corp. is working on replacing those as well.

In Kugluktuk’s case, Nippard said the corporation is currently drawing up designs for a power plant that has battery storage facilities and can harness solar power, which would be a first for Nunavut, as all of the territory’s 25 power plants run on diesel.