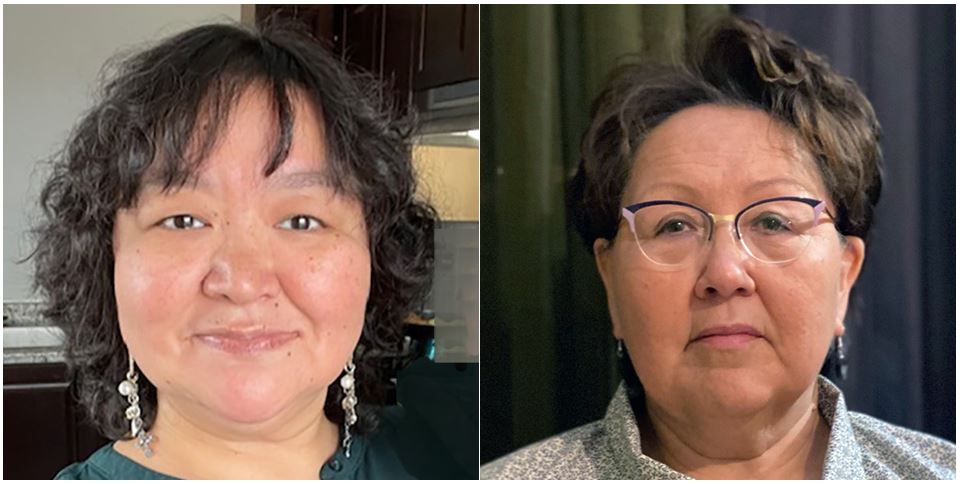 Sheila Enook (left) and Mary Killiktee (right) are vying for to fill the vacant seat in Uqqummiut. (Photos courtesy of Elections Nunavut)

Two women are vying to become the new MLA for Uqqummiut, following the decision of Pauloosie Keyootak, who held the seat since 2015, to not seek re-election.

Sheila Enook of Clyde River and Mary Killiktee of Qikiqtarjuaq both say their experiences in leadership make them qualified for the job, and they have both expressed hope to bring community focus to the constituency.

Enook is a former Department of Health finance director who has also worked in substance abuse treatment services and with Nunavut’s tuberculosis program.

She says she hopes to build a long-term plan for Clyde River and Qikiqtarjuaq that would include investments into housing, elder care and youth services. Notably, she said she wanted to see the building of skate and bike parks for children in the communities.

“They want something for everyone, from children to up to elders, something that will benefit the community to make it better and have those needs met,” Enook said.

Enook also said she wants to address the rising cost of groceries in her community. As an MLA, she said she would call for a financial audit to look into how grocery stores use government subsidies. She expressed concerns that the costs of essential products are being inflated.

Enook says she wants to be a voice not just for Clyde River, but for Qikiqtarjuaq as well.

“I’m very capable and I just know I can do it,” she said.

Killiktee says that her experience in leadership makes her “ready” to be Uqqummiut’s next MLA. She’s currently on leave from her position at the Qikiqtaaluk Business Development Corp. Previously, she was the mayor of Qikiqtarjuaq, she has worked in health-care administration and she has been involved in tuberculosis prevention.

As a part of her platform, Killiktee is promising investments in infrastructure development, health care and housing.

“I would want to make better choices in infrastructure development in the best of my knowledge,” she said.

Killiktee says she believes her years of experience working with municipal and territorial governments demonstrate an understanding of how to legislate and respond to the needs of her community.

“I’m ready for this position, if elected,” she said. “I feel I have the ability and the key to go forward.”