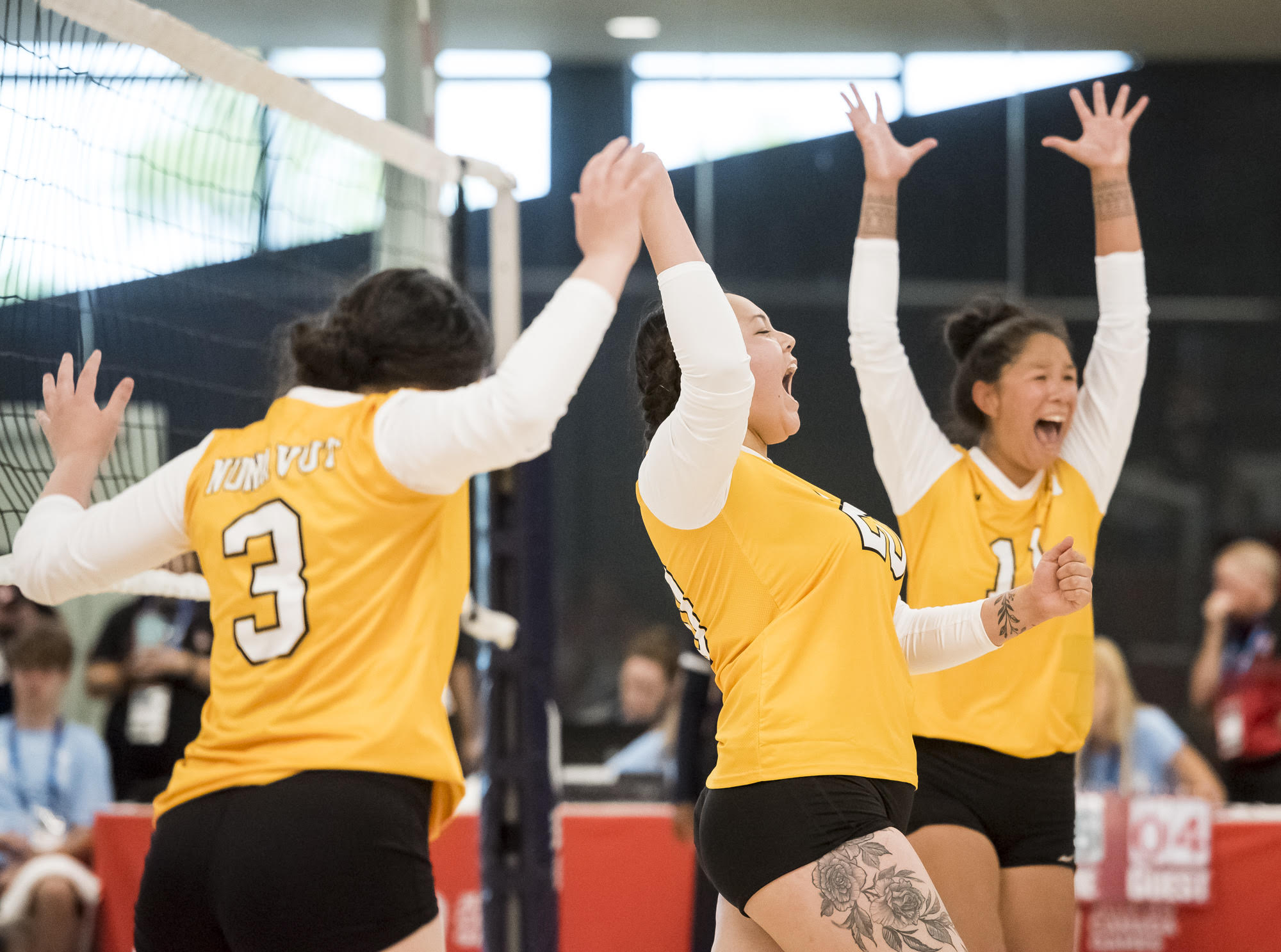 Team Nunavut’s women’s volleyball team celebrates scoring a point in their game against Newfoundland and Labrador on Tuesday at the Canada Summer Games in Niagara. The team played against Prince Edward Island later in the day, losing both games 0-3. (Photo by Denis Cahill, special to Nunatsiaq News)

Team Nunavut’s first day of indoor volleyball at the Canada Summer Games on Tuesday ended in a pair of losses for the women’s team, but they’re not letting that slow them down.

It was a long first day on the court, starting with a 9 a.m. match versus Newfoundland and Labrador followed by a 4 p.m. contest against Prince Edward Island that both ended in 0-3 losses for the northern team.

The second match, against P.E.I., included a strong start for Nunavut — the players kept the scores close in a tight opening set that saw some dramatic dives from captain Shanti Dias and powerful serves from Shawna Kyak, but the east coast competitors rallied and pulled ahead, winning the first set 25-15.

Nunavut kept the pressure on for the second and third sets, but ultimately came up short with two more losses, 25-20 and 25-12 respectively.

After the final whistle, though, Nunavut’s players were all smiles and high-fives when they stepped off the court, hugging coaches Bev Netusil and Abigail Dueck.

“We knew today was going to be very competitive, facing much more experienced teams than ours,” said Netusil, reflecting on the team’s first-ever showing at the Canada Games.

“We feel like we are playing really well as a team, and we’re fighting hard for every point.” 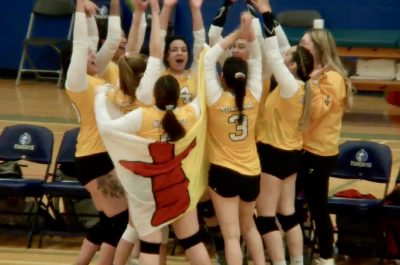 Nunavut’s women’s team has Wednesday off, then their third game is against Team Yukon on Thursday at 4 p.m. ET.

“Our team is very pumped up and already getting prepared for our next matches,” said Netusil.

“We’re ready to get a win on Thursday!”

Nunavut’s men’s volleyball team plays today in a 4 p.m. match against Newfoundland and Labrador. They lost their preliminary round opener Tuesday against Prince Edward Island.

The Canada Summer Games run from Aug. 6 to 21, staged in venues around Ontario’s Niagara region.