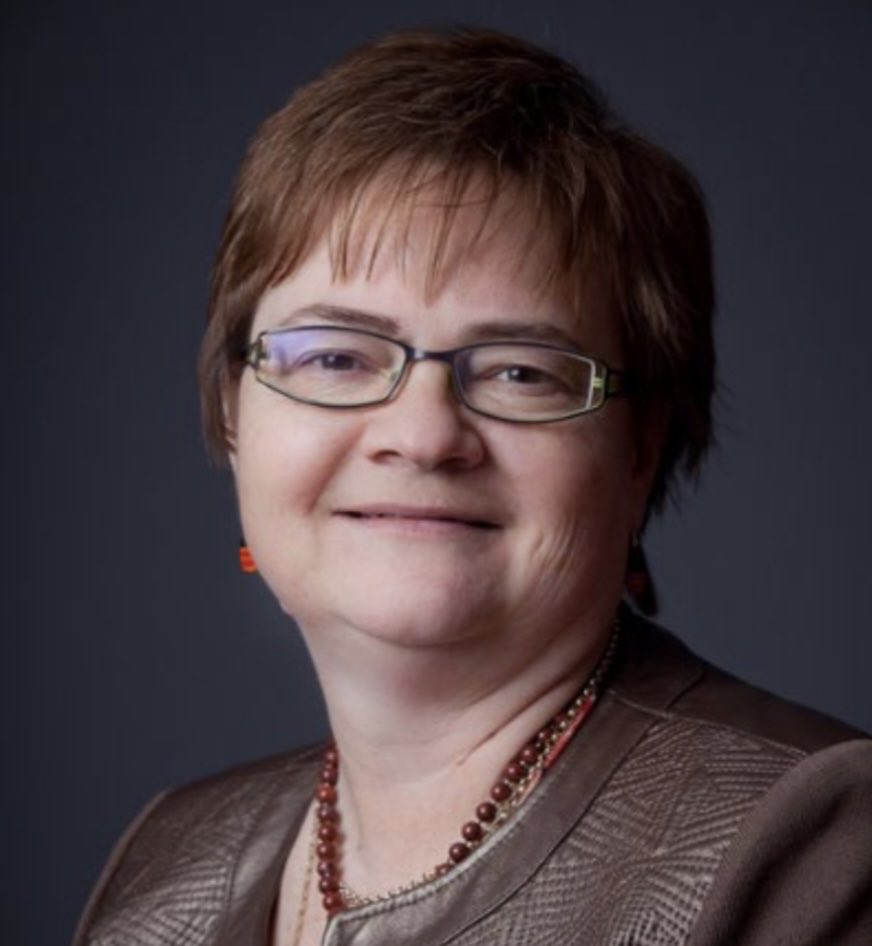 Elaine Keenan Bengts, 63, Nunavut’s first information and privacy commissioner, died of cancer Monday at her home in Yellowknife. (Photo courtesy of the Office of the Information and Privacy Commissioner of Nunavut)

Nunavut’s first information and privacy commissioner is being remembered as a “confident” person who believed strongly in holding governments accountable.

Elaine Keenan Bengts, 63, died of cancer Monday at her home in Yellowknife, according to her family.

She had served as the newly formed territory of Nunavut’s first information and privacy commissioner in 1999, a position she held for over two decades until her retirement in 2021.

Her sister, Leanne Tait, remembers when Keenan Bengts was appointed to the position.

“You grow up with your sibling and you think that they’re pretty good, but then when they get appointed to a role that’s as important and as substantial as the privacy commissioner, we kind of said, ‘Oh maybe my sister’s a big deal,’” Tait said.

“She took her role as privacy commissioner very, very seriously, and it bled into how she thought about her private life as well. She would always be encouraging us to maintain our personal privacy, giving us personal tutorials on the best ways to protect our information.”

When she wasn’t writing legal decisions and volunteering in the community, Keenan Bengts loved bringing her extended family together, her sister said.

“My enduring memory is how Elaine made sure that even though there were only two of us left in the North, that we remained a close, cohesive family.”

Nunavut’s current information and privacy commissioner, Graham Steele, said he got to know Keenan Bengts in January 2021. Steele was taking over the position and she flew into Iqaluit to help show him the ropes.

“Elaine believed passionately that the government needs to be accountable to the people,” he said.

“When I’m writing my decisions, even today, it’s almost as if Elaine is looking over my shoulder and I’m imagining what she would say to me, whether I need to be a little tougher on the GN, or you know if I’m heading in the right direction.”

Kennan Bengts was born in 1958 in Saskatoon and grew up in Alberta. She later went on to spend most of her life in Yellowknife, where she opened her own law practice.

She was married with three daughters and six grandchildren, and a seventh on the way.

Lee Phypers became friends with Keenan Bengts over 28 years ago through their work with the Yellowknife Gymnastics Club. The pair’s friendship became a working relationship too when Phypers became office manager at Keenan Bengts’s law practice in 2010.

“She was just a very confident woman. She believed in mentorship and helping people in general. She really understood people – her law practice was family law … She understood that because it was family law, it was usually families in crisis,” Phypers said.

“The biggest thing she always told me with everything was there’s always two sides to a story. Even though we would have somebody make a [privacy] complaint to us about something, she always said there’s two sides of the story.”