‘We have to be very careful when we put out messages that affect the entire community to this degree,’ says Dr. Michael Patterson 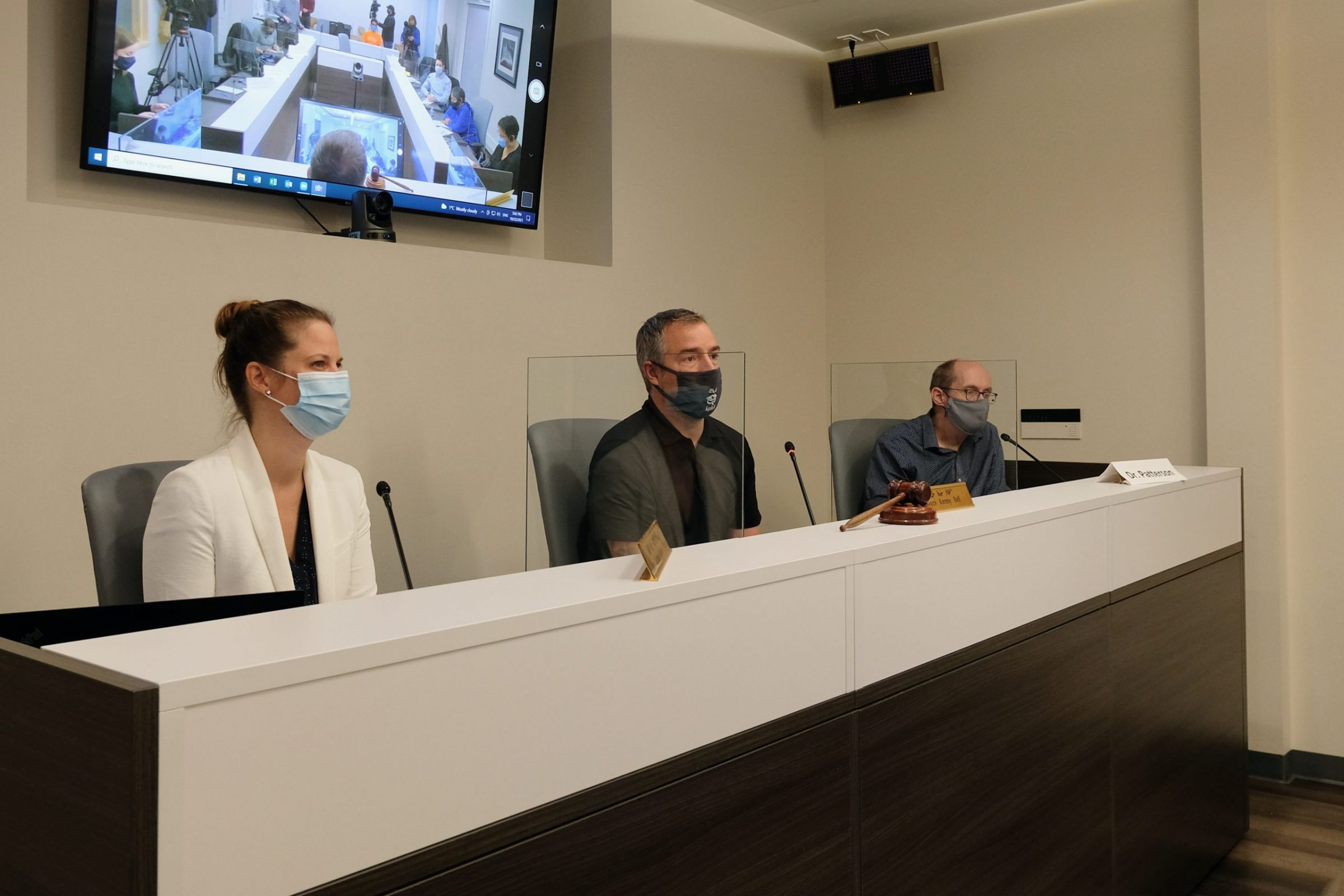 Nunavut’s chief public health officer as well as the capital city’s mayor are defending their timeliness in reacting to reports of fuel in Iqaluit’s drinking water before the contamination was confirmed.

Iqaluit and its 8,200 residents have been under a local state of emergency since Oct. 12, when fuel was first suspected in the city’s water source.

Patterson said it wouldn’t have been appropriate or justified to tell residents, as a precaution, not to drink their tap water, while public health officials waited days to get results back about whether it was, in fact, safe to drink.

“We have to be very careful when we put out messages that affect the entire community to this degree,” Patterson said, adding it was important to get the information translated into all four languages before circulating it.

He said it’s about the fourth or fifth time he’s been involved in concerns about oil spills in Nunavut communities over the past few years but this is the first time it’s ever been confirmed in a water distribution system that presents a risk to the entire community.

Many Iqalummiut reported they smelled gas in their tap water as early as Oct. 2 on social media.

“I’m not trying to invalidate those concerns residents had brought forward,” Patterson said.

In response to the concerns on social media, the city initially said water tests came back clean and the smell might be chlorine.

About a week later, city staff smelled gas coming from a tank in the local water treatment plant and the mayor warned residents on Twitter not to drink it, before any orders came from the GN.

“I know my tweet may have caused some panic without the proper information there, but I wanted it out as soon as possible,” B Bell said on Friday.

The mayor and CAO were peppered with questions about the city’s response to residents’ concerns that their water smelled like fuel.

Elgersma said that the test to detect hydrocarbons in water cannot be done in Iqaluit.

She also said there may have been issues with the bottles used to send samples south for testing absorbing some of the contaminants, so they weren’t detected.

The territory’s declaration was needed to allow it to deploy resources necessary to deal with the emergency. For example, the Canadian Armed Forces announced Friday they will be deployed to Iqaluit soon to provide a temporary water treatment plant.

Friday’s update came a week after Elgersma confirmed “exceedingly high concentrations” of fuel in a water storage tank at the local water treatment plant, on Oct. 15.

Elgersma confirmed the contamination likely came from diesel or kerosene in the soil or water around an underground water tank.

The affected tank has been isolated, meaning no water is passing through it.

Benzene, xylene, toluene and ethylbenzene — four chemicals that could cause serious health risks — were found in the tank after testing but they didn’t make it to people’s taps, Patterson said.

Elgersma said the harmful contaminants were not moving much and are light, so they floated to the top of the water in the one tank.

No major crack in the tank has been found so far, but the city is still investigating in case a smaller crack or break is present, she said.

The city has been flushing out all the water pipes in town for about a week. Originally, the process was supposed to be done on Monday, which would have ended the do-not-drink advisory if all went according to plan.

Now, the city is planning a second flush and advised residents to clean household appliances like coffee makers that the water has touched.

So far, there is no definitive timeline for when Iqalummiut can expect to drink from their taps again.

The Canadian Armed Forces were also deployed to Iqaluit on Friday to help residents get clean drinking water.

Since the do-not-drink order, thousands of litres of bottled water have been distributed to residents daily.

Volunteer delivery drivers and organizations like the Qajuqturvik Community Food Centre have been getting water to those in the city without vehicles, who aren’t able-bodied, mothers who can’t leave children home alone, and others who can’t easily pick up water at distribution stations.

This weekend, the city’s pick-up stations will be set up at Nakasuk School and the Arctic Winter Games arena in the afternoons from 1 p.m. to 4 p.m. on Saturday and 1 p.m. to 3 p.m. on Sunday.