Dr. Michael Patterson talks about the ‘blur’ of those first days, and the people who keep him in the know 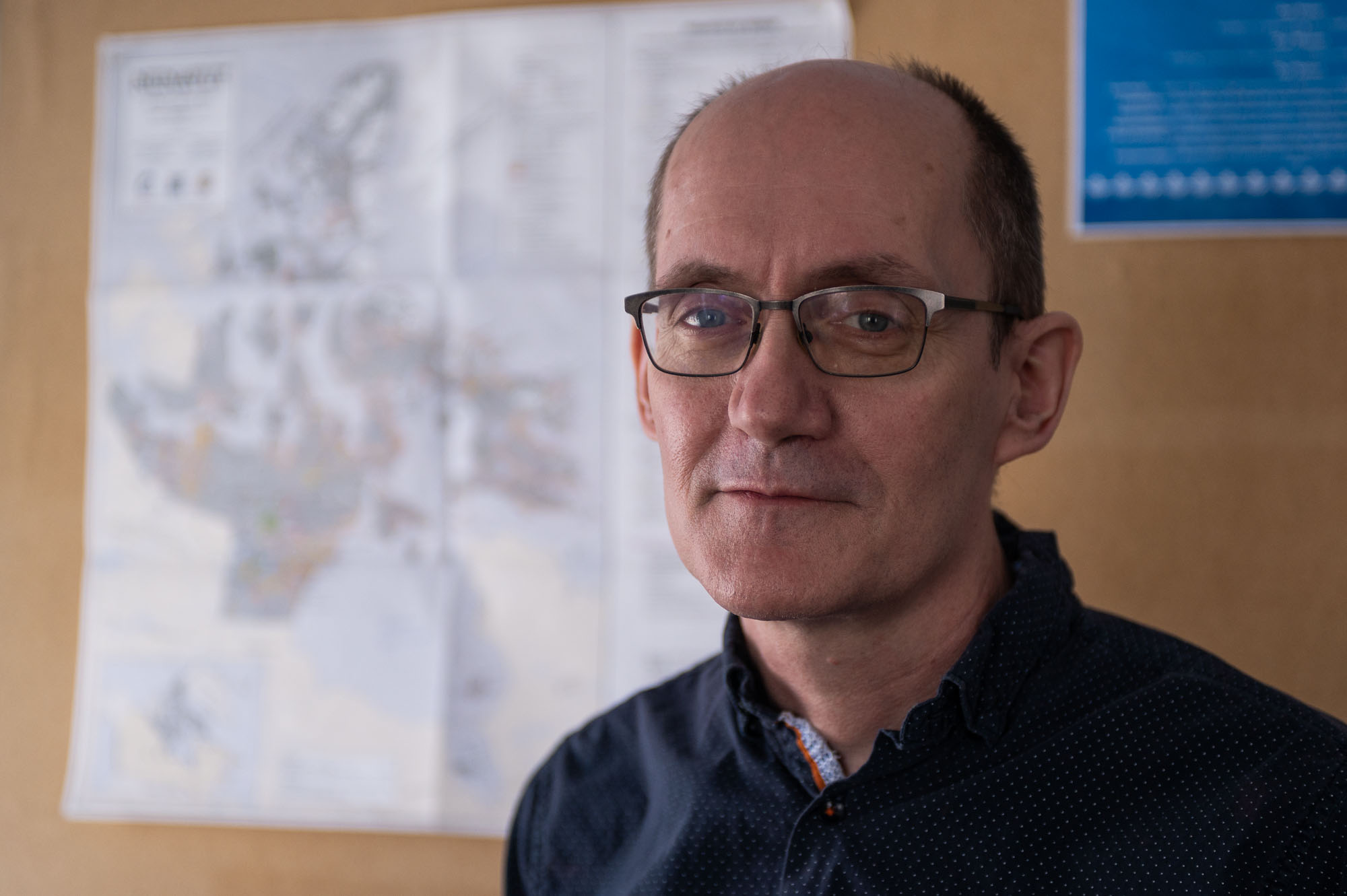 It was mid-February 2020 and Dr. Michael Patterson was warily watching a virus explode across northern Italy.

Nunavut’s chief public health officer had been on the job for about a year. Up to this point his team was busy with the normal mixed bag of work preventing tuberculosis, sexually transmitted infections and other health surveillance.

But since January of that year, Patterson had started participating in calls with a national special advisory committee on the novel coronavirus, which would soon be dubbed SARS-CoV-2.

“There was increasing concern throughout February and March as different regions got hit,” Patterson recalled.

But the real eye-opener, he said, was a conference in Ontario.

Around 25,000 attendees from over 132 countries descended on the Metro Toronto Convention Centre on March 1 to attend the Prospectors and Developers Association of Canada’s 2020 annual conference, including a number of Nunavummiut.

It turned out one of those attendees had COVID-19.

Suddenly, several Nunavummiut found themselves isolating in 14 Nunavut communities due to possible exposure.

March 11 marks one year since the World Health Organization declared the COVID-19 pandemic. Since then, almost 900,000 people across Canada have tested positive for the disease. More than 22,000 Canadians have died.

It’s been a year of enormous pressure and responsibility, but also pride in what his team has accomplished. And, like anybody right now, maybe a little fatigue.

Patterson spoke to Nunatsiaq News about what it’s been like to steer Nunavut through a year so unprecedented that for many, it’s stripped the word of its meaning.

He describes those early days as a blur.

The Arctic Winter Games, set for March 15, were cancelled days before athletes from across the North were set to board planes for Whitehorse. The NBA’s courts went silent; the NHL’s rinks followed suit. Planning for summer festivals, including Iqaluit’s Alianait Arts Festival, ground to a halt.

Prime Minister Justin Trudeau closed Canada’s borders on March 16, and Nunavut would too, within the week.

“We knew of several hundred Nunavummiut who wanted to come home, and understandably so,” Patterson said.

“There was a feeling of, ‘If you’re going to come home, we need to do it now,’ and if we are going to bring hundreds of people home … how do we do it in a way that is safe and minimizes risk to the communities, and avoids a scenario like the PDAC conference?”

This is what led to Nunavut’s isolation hubs. Patterson described a large number of people who put in “incredible” hours to build this system in under a week.

Isolation, Patterson said, is not a perfect way to stop the spread of disease, but the hope was to delay the pandemic’s arrival in the North, and that’s what the hubs did. Nunavut wouldn’t report its first case until Nov. 6.

“I think that surprised us all,” Patterson said.

“Nunavut is very remote … so [that outcome] is a combination of some of the decisions we made, some luck and just the geography.”

Those decisions, of course, were made according to an avalanche of ever-changing research regarding the virus, how it spreads, and possible treatments and vaccines.

“I work with smart people,” Patterson said about how he stayed informed.

“The amount of information that’s been generated in the last year just on COVID would be physically impossible for any one person to keep on it all, so in every jurisdiction there are teams of people, and people just stick to their area of expertise.”

Patterson said his role is to have a breadth of knowledge across a number of areas, without getting too deep into any one area.

Take testing, for example. Several different tests have entered the market over the last year, with varying modes of use and varying degrees of accuracy. Patterson brought up point-of-care tests, which can be processed right where the sample is taken. They are not accurate enough for community use, he said, and probably never will be.

That’s why his team created the charter flights that have become affectionately known to many Nunavummiut as Swab Air.

“In much of Canada, the turnaround time [for COVID tests] is four or five days or longer,” Patterson said.

“Unless the weather is bad, we have results back within 36 hours of collection, and to be able to pull that off with such remote communities scattered over such large areas is something the teams that pulled that off should be proud of.”

Canada is about to enter year two of the COVID-19 pandemic, as the territorial government holds fast to its predictions that by the end of the month, it will have received enough doses of the vaccine to inoculate 75 per cent of the territory’s adult population.

And those vaccines seem to be working.

That said, Patterson wouldn’t speculate on how long it will be before things start feeling normal again, or if they ever really will.

“I think for everybody who has lived through [it], it will define the rest of our lives as before COVID and after COVID,” he said.

“But my understanding of the history of other pandemics, influenza of 1918 and 1919, they had the same disagreements about masks, they had many of the same distancing and crowd sizes … but within a few years after that pandemic, everybody had returned to pretty normal behaviours.”

And once that happens, where’s the first place Patterson plans to go?

Nova Scotia, to see his children.