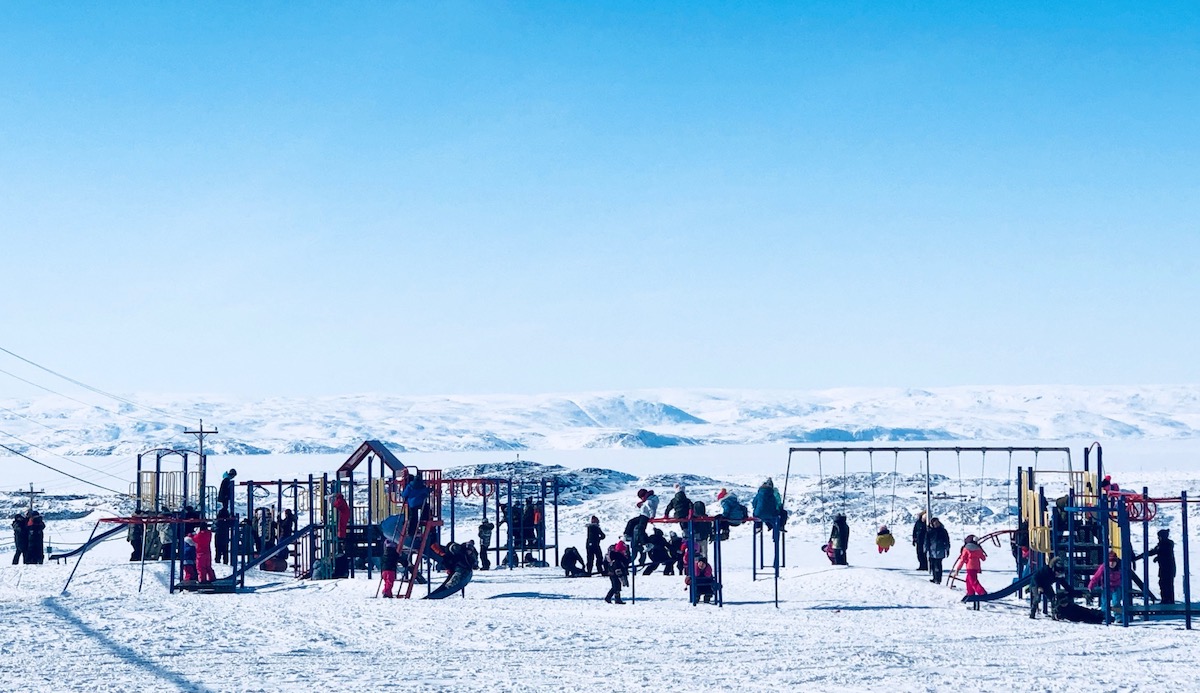 Nunavut’s Department of Education will implement a new tool to track violence in the territory’s schools. Here, students at Joamie Ilinniarvik School in Iqaluit play at recess. (Photo by Jane George)

Nunavut’s Department of Education says it is developing a new tool to track violence in the territory’s schools.

In response to a written question from Arviat North–Whale Cove MLA John Main submitted in the legislature last fall, the department said it recently began creating the tool to track security and violent incidents in schools within the existing Student Information System.

The department’s response to Main’s written question was made publicly available on the legislature’s website last week.

The new tracking tool, along with violence report forms, is being developed with staff in all of the territory’s regions in collaboration with the Nunavut Teachers’ Association, the department wrote in its response.

“This tool will ensure that reported data is collected accurately and consistently across Nunavut, and will allow all schools to track relevant information for each case,” the department wrote.

In an emailed statement to Nunatsiaq News, a spokesperson for the department did not provide an exact date, but said the new tool will be put in place next school year.

“The department anticipates a tracking tool/reporting mechanism for violence in schools to be implemented in the 2020-21 school year. This will allow the department to better measure the full scope of the issue and to be better prepared to allocate the required resources to fully support students, teachers, and staff in dealing with and reducing violence in schools,” the statement said.

In his written question, Main also asked the department if there had been a significant trend in student-on-student violence in recent years.

But in its response to Main, the department said it has not consistently tracked and reported these incidents.

“The Department of Education is unable to comment on trends related to student-on-student violence, as the reporting and tracking of these incidents has not been consistent, and the department cannot verify the accuracy of available data,” the department wrote.

When asked if there were recent trends in student-teacher violence, the department provided the same response.

John Fanjoy, president of the Nunavut Teachers’ Association, spoke about violence in the territory’s schools during the standing committee on legislation’s review of Bill 25, An Act to Amend the Education Act and the Inuit Language Protection Act, in Nov. 2019.

Fanjoy told the committee that, lately, violence in the territory’s schools has been on the rise.

“There is a significant increase that is being reported to us of violence in our schools that is creating much stress on our teachers. The majority of the violence that’s being reported is student-on-student violence,” Fanjoy told the committee.

During the committee meeting, Iqaluit-Niaqunnguu MLA Pat Angnakak asked Fanjoy if anyone had been tracking the increase in school violence.

“I could not speak to the department, whether they are doing any internal tracking of that. There is no external tracking,” Fanjoy said.

Fanjoy also said the number of teachers in Nunavut who have left the profession because of specific violent incidents has increased over the last five years.

The committee also heard from Doug Workman, president of the Iqaluit District Education Authority. Workman confirmed that there was currently no system to track violence in Nunavut’s schools.

In its response to Main, the department said it will continue to work with the Nunavut Teachers’ Association to break down barriers to the reporting of incidents.