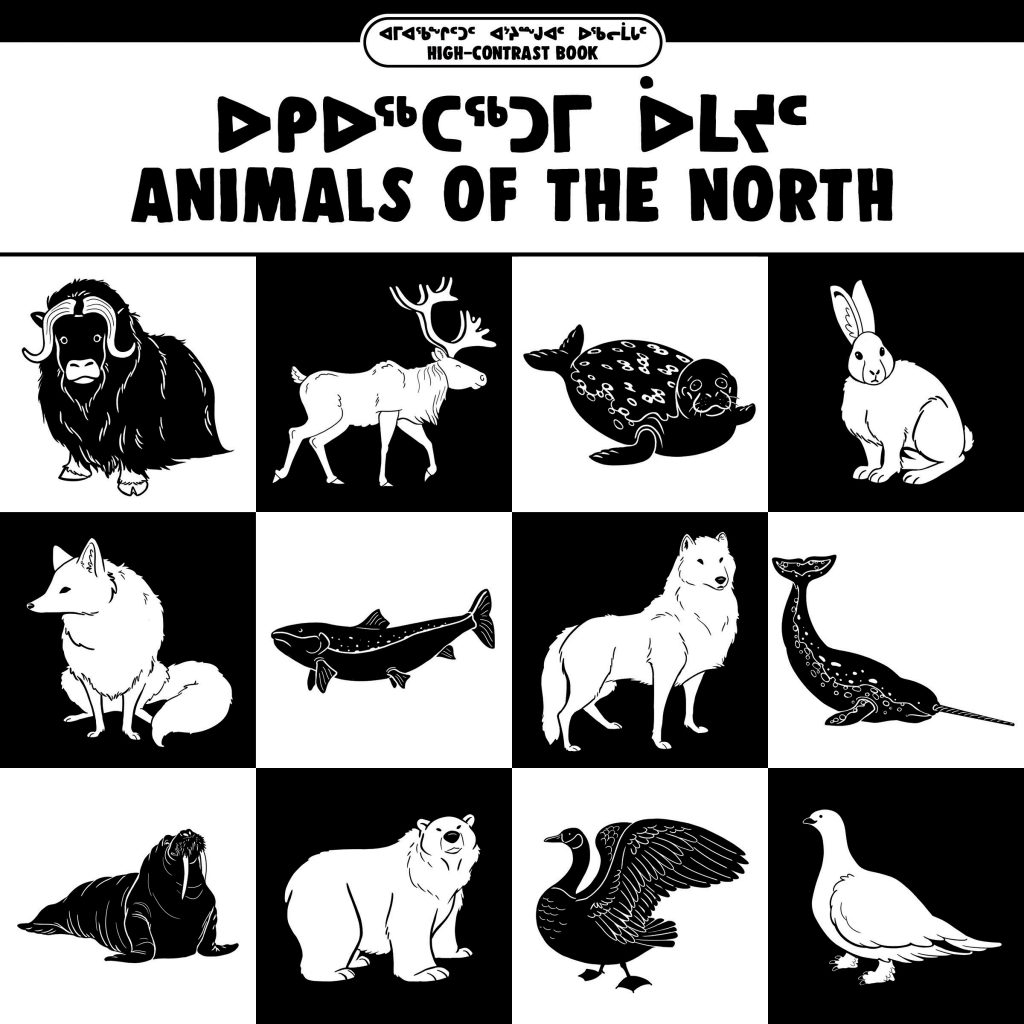 This black-and-white board book about animals of the North is one of several books from Inhabit Education that are intended to stimulate babies and introduce them to Inuit culture and language. (Image courtesy of Inhabit Education)

Inhabit Education, the Nunavut-based publisher of educational books, wants to bring Inuit language and culture to the smallest residents of the territory.

That’s what you will find in its line of Arvaaq book titles, first launched this past spring, intended for infants and younger children.

“I always wanted as an educator to have materials for all levels, including preschool,” said Louise Flaherty, co-founder of Inhabit Education and trade book publisher Inhabit Media.

“We have to make sure our books are accessible to all Inuit.”

The Arvaaq books are designed to help even young babies explore the world and develop physical, social, emotional, cognitive and language skills.

The catalogue for Inhabit Education’s 2019 season lists several new board books, touch-and-feel books, and search-and-find books, which are set to be published in early October.

All titles are published in English and Inuktitut on subjects that reflect Inuit culture and the Arctic environment.

But what you won’t see is colour.

This is because the books for the youngest readers on such subjects as Arctic animals, Inuit hunting tools and Inuit clothing are in high-contrast black and white only.

They’re in black and white, because during the first year of life, researchers have found that the vision of babies is limited and that they respond well to simple, bold patterns with high contrast.

The black-and-white patterns also help babies develop their ability to focus their attention.

“I have a one-year-old granddaughter and she loves the books,” Flaherty said.

The Arvaaq series is sponsored by the Qikiqtani Inuit Association, so where there is text in Inukitut, it’s in the Inuktitut syllabics used in the Baffin region, she said.

The books are part of the QIA’s effort to boost Inuktitut literacy.

Over three years, QIA will spend $700,000 and the Government of Nunavut’s Education Department will spend $1.8 million on this project.

Flaherty said Inhabit is open to producing books in Inuinnaqtun as well, if the Kitikmeot Inuit Association is interested.

“We’re not stopping anyone from partnering with us,” she said.

Ths Arvaaq series also includes sensory books that will appeal to toddlers on topics such as “What do duffle socks feel like?”

This book allows children to feel the texture of different types of clothing worn in the Arctic, such as a sweater, duffle socks and kamiks. 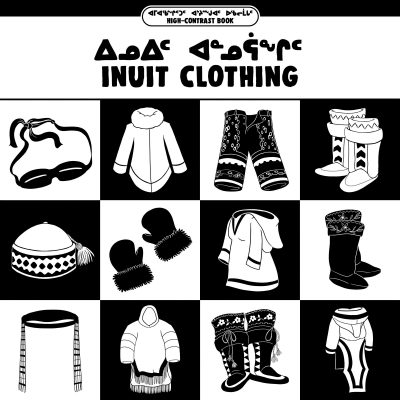 And then there’s a book on learning how to make a qamutik. This wordless picture book features coloured illustrations showing the steps involved in making a qamutik.

The wordless picture book called “Fishing in the Summertime,” written by Monica Ittusardjuat and illustrated by Anton Kotelenets, follows a child and his father as they go fishing, catch fish and make pitsi.

Among Inhabit’s other offerings: the Nunavummi reading series, a levelled reading series that aligns with the reading expectations in Inuktut (Inuktitut and Inuinnaqtun), English and French in Nunavut schools.

To focus more on Inhabit Education books, Flaherty, an award-winning educator, left her job as deputy minister of education in June after eight years in managerial positions with the Government of Nunavut and more than 20 years as an educator at various levels.

In 2018, Flaherty was appointed deputy minister of Culture and Heritage for Nunavut. She later moved to the Department of Education.

For the duration of her term, Flaherty’s majority share of Inhabit was placed in a blind trust.

Flaherty always remembered how when she was a teacher, she would visit bookstores in the south that sold children’s books and buy “anything that would help children but in most cases we have to translate them.”

Now, she doesn’t have to go far to find educational books for children in Inuktitut.

Inhabit books for children are available online at its online store, on Amazon.ca, and in select stores throughout Nunavut and Nunavik.