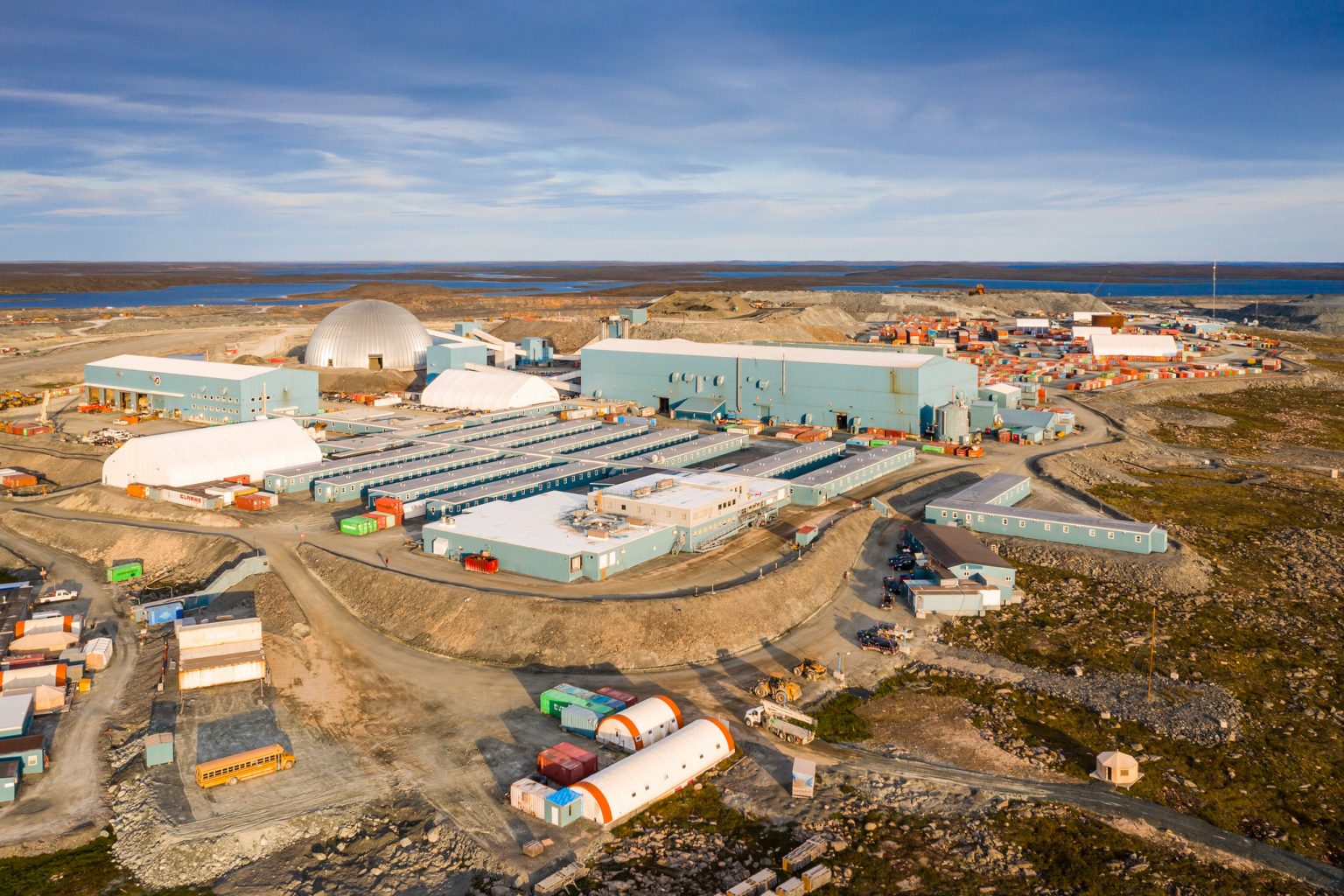 Agnico Eagle’s Meadowbank mine in Nunavut. A new report by the Conference Board of Canada says that nearly 30 per cent of the total earnings made in the territory in 2017 went to non-resident workers, primarily in the mining sector. (Photo courtesy of Agnico Eagle)

Nunavut’s mines have driven a big growth in the territory’s total earnings in recent years — and a growing share of those earnings is being collected by fly-in, fly-out workers who live outside the territory.

That’s according to a new report by the Conference Board of Canada that looks at the earnings of non-resident workers in Canada’s three territories over a decade.

In 2017, non-resident workers in Nunavut earned a total of $357 million — nearly 30 per cent of the total earnings made in the territory that year.

By comparison, in 2008, non-residents earned $131 million, which comprised 17 per cent of total earnings in the territory.

“A billion dollars in wages earned in Nunavut is paid to non-residents every three years. And [that] rate continues to grow,” wrote Iqaluit city councillor Kyle Sheppard on Twitter, in response to the report.

“With a territorial election coming in October, I hope potential MLAs will read this, then plan and work to keep more of these earnings in the hands of Nunavummiut.”

Tom Hoefer, executive director of the Nunavut and N.W.T. Chamber of Mines, said in an email that the industry’s dependence on workers from southern Canada “is not a new story, and we know it represents significant economic leakage of wages to the south. In many ways, it’s no different than the large number of medical workers that also fly in and out.”

“We fully agree that more work needs to be done to capture more of the benefits of mining in the North. The solution to this is multifold, and, at the least, would require more education, more training, and better retention of northern workers.… Success on this front will require the combined efforts of industry, governments and communities.

“Governments and communities need to help keep kids in school so that more of them achieve academic matriculation, and that more can pass the trades entrance exams, for example. Governments’ education departments can also help teach kids about career opportunities. It’s one of the reasons that our chamber created the Mining North Works program, to help spark kids interests in staying in school, and in picking any of a hundred plus, high paying, mining careers.”

The report is based on Statistics Canada data that draws on tax filings.

As well, of the three territories, Nunavut has the biggest share of non-resident workers employed in mining. In 2017, 78 per cent of Nunavut’s mine workers and 51 per cent of construction workers were non-residents, according to the report.