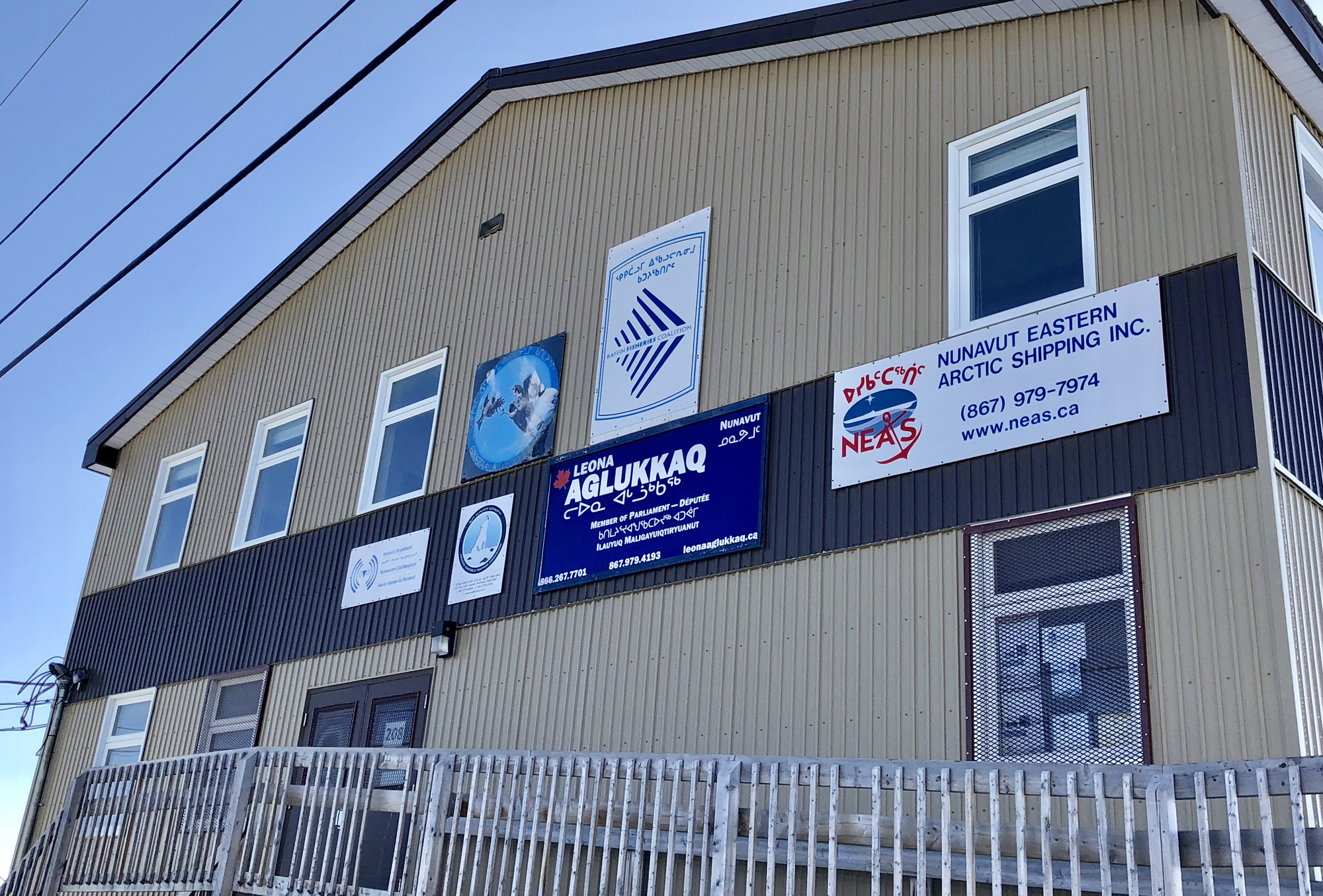 Former Nunavut MP Leona Aglukkaq’s old riding office in Iqaluit still has its sign up. Aglukkaq will represent the Conservatives again in the fall federal election. (Photo by Jane George)

The Conservative Party of Canada announced today that the territory’s former MP will once again represent the party in Nunavut during this fall’s federal election, which will be held Oct. 21.

Aglukkaq, who previously served as Nunavut MP for two terms, was acclaimed to the nomination, the party said in an April 12 news release.

“The next election is in just a few short months, and I’m going to work hard every day to help show northerners and Nunavummiut how an Andrew Scheer Conservative government will help them get ahead, not just get by,” Aglukkaq said in the release.

In the 2015 election, Aglukkaq dropped to third place with just 24 per cent support, as then-Liberal Hunter Tootoo won the Nunavut riding.

But by early 2016, Tootoo became embroiled in a scandal over an inappropriate relationship with a staffer and was removed from the Liberal caucus. He has sat as an independent ever since.

The Conservatives have led the polls since February: CBC’s latest polling aggregate has the party ahead with 36 per cent support, compared to the Liberals’ 32 per cent.

The other federal parties have yet to announce nominated candidates for Nunavut.

Megan Pizzo-Lyall, a manager at Atuqtuarvik Corporation in Rankin Inlet, is seeking the Liberal nomination for Nunavut, though the riding association has yet to hold a nomination meeting.

Tootoo has not yet indicated whether he plans to seek re-election.