FANS is reviewing its living allowance, which hasn’t change in over a decade 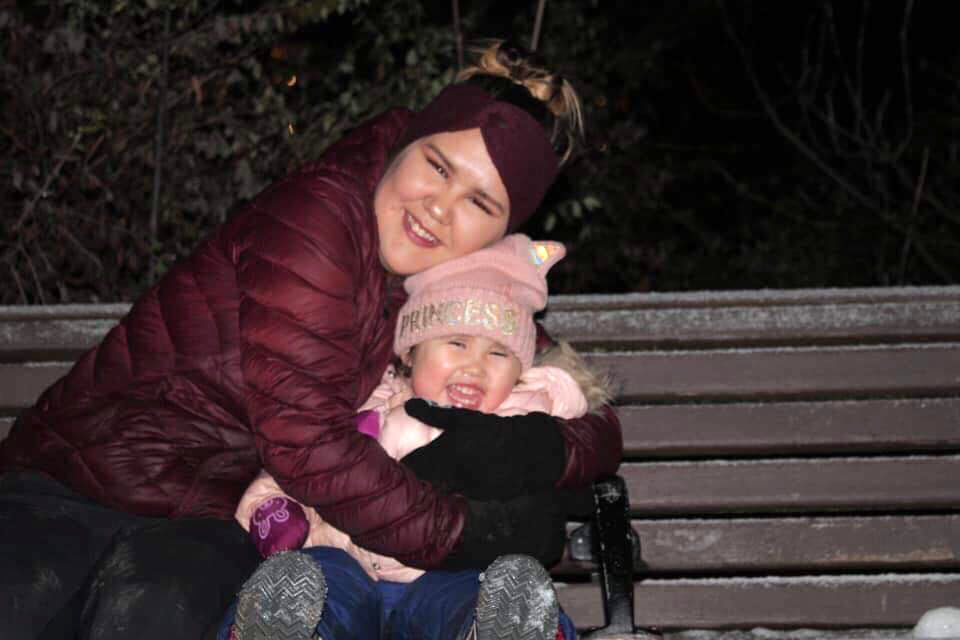 By Dayna Bruce and Nunatsiaq News 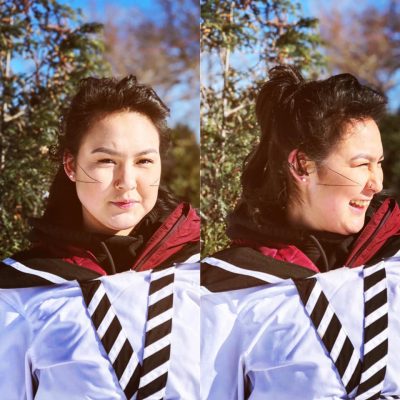 It can be hard to make ends meet when you’re a post-secondary student from Nunavut, studying in southern Canada.

Delilah Amarualik knows that struggle. Originally from Pond Inlet, Amarualik is a first-year student at Nunavut Sivuniksavut in Ottawa. She’s also the single mother of a two-year-old daughter.

Like most post-secondary students, Amarualik relies on funding through the Financial Assistance for Nunavut Students (FANS) program, administered by the Government of Nunavut’s Department of Family Services.

Amarualik receives a $1,600-per-month living allowance through the program. But after she pays her $750 monthly rent, food and phone bill, she says she often doesn’t have enough to make it through until the end of the month.

“After I get paid from FANS, I ask my family for money most times,” Amarualik said.

“I had a really hard time the first semester,” she said. “I called FANS and they couldn’t put [my monthly allowance] higher.”

Following the Christmas holidays, Amarualik found herself so cash-poor she didn’t have enough money for groceries.

In early January, Amarualik posted on Facebook, asking for family and friends for help to get diapers for her toddler. 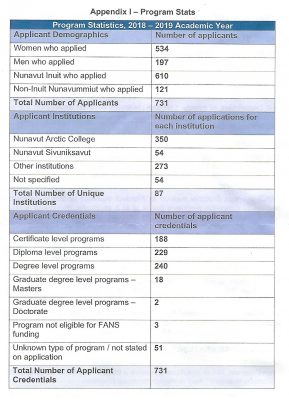 Over the 2018-2019 academic year, FANS received applications from every Nunavut community except for Grise Fiord.

There are roughly 480 Nunavummiut students who will use FANS’ $7 million annual grant budget this year.

As of April 2019, 47 of those are enrolled in Nunavut Sivuniksavut. FANS will spend more than $850,000 on NS students’ funding this year.

FANS’ basic grant covers tuition fees up to $6,855 a year, plus a base living allowance of $1,092. It offers up to $2,600 a month for students with dependents or other special needs.

Even students without dependents say that the living allowance is hardly enough to get by on each month, let alone have any spending money for weekend outings or a meal out.

Many post-secondary students from Nunavut relocate to southern cities to pursue their studies, but say they don’t have the budget to fully enjoy that experience.

In some cases, students can take on part-time work to supplement their income, though by no more than $900 a month if they want to remain eligible for FANS.

Nunavut Sivuniksavut asks its students not to work, however, so they can focus on their studies and the cultural performance aspect of the program.

FANS administrators acknowledge that its living allowance hasn’t increased in about a decade, and hasn’t been able to keep up with the cost of living in most Canadian cities where Nunavut students move to study.

But that could change soon. 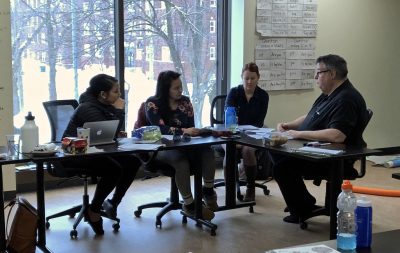 Rob Clift, the director of career development at Nunavut’s Department of Family Services, which oversees FANS, said the program is currently under review.

“We all know it needs to be improved,” Clift said.

“If you want people to be able to concentrate on their studies, you have to give them enough money, so they don’t have to worry about rent and food and other things,” he said.

The department is putting together a business case and will make recommendations to the legislative assembly this summer—one of which will be to increase students’ monthly allowances.

“The biggest challenge is the support we provide to students,” Clift said. “It’s not reasonable to assume that students from Nunavut have access to additional resources in the same way as students from the south does. It’s just not like that.”

If it’s approved, Clift hopes that increased allowance will be in place for September 2020.

“This is a way for the territory to build the professional workforce that it needs,” he said. “It’s often not thought of, ‘This is actually part of the Nunavut project.’”

This article does not represent the opinions of Nunavut Sivuniksavut.