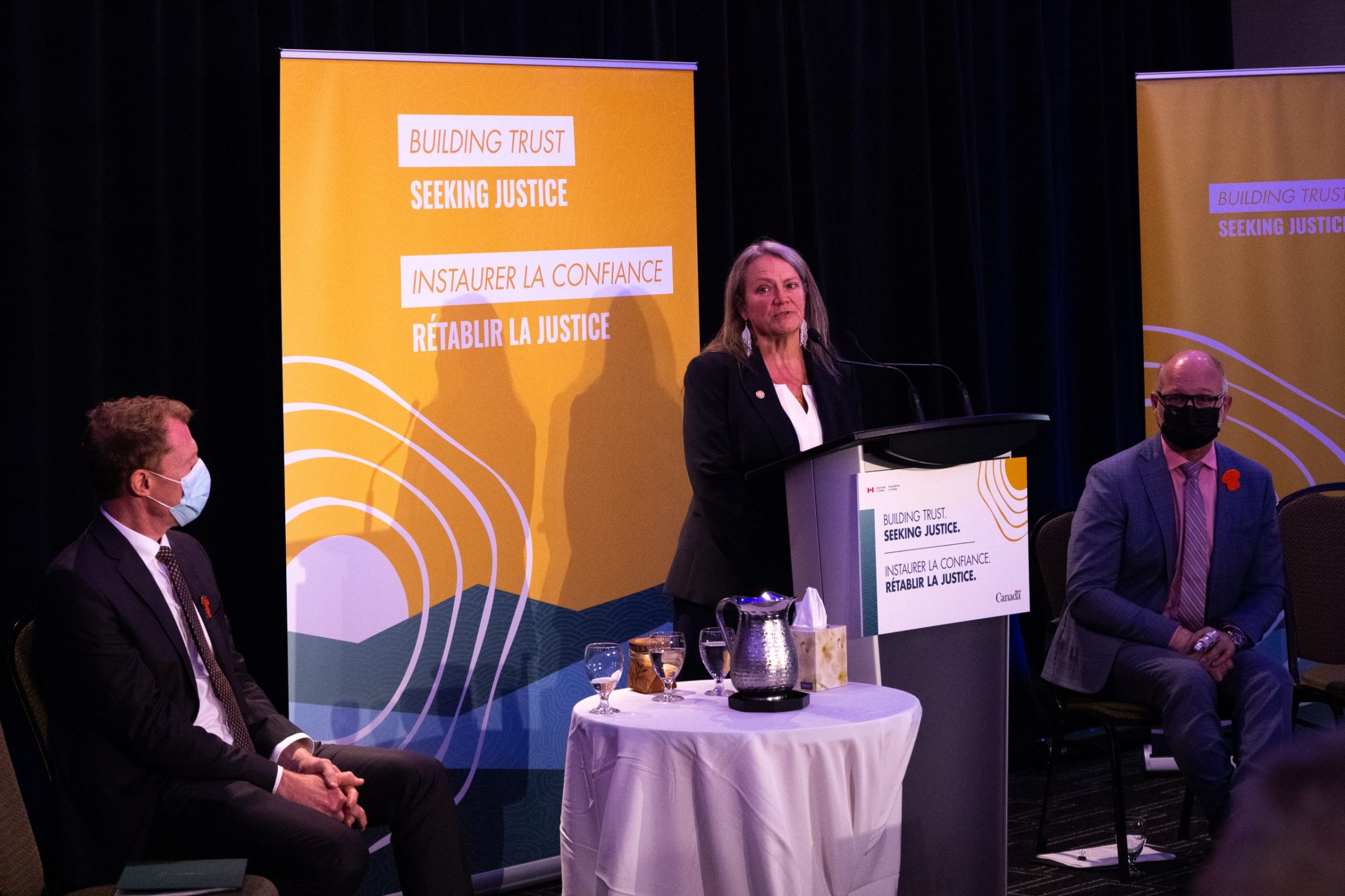 The federal government named Mohawk lawyer Kimberly Murray its special interlocutor to work with Indigenous communities on the protection of unmarked graves and burial sites near former residential schools.

“Kimberly Murray is especially qualified to take on this role, and appointing her as special interlocutor is a critical step in advancing respectful commemoration, healing and justice for Indigenous peoples in Canada,” Lametti said.

Murray — a member of the Kahnesatake Mohawk Nation and former executive director of the Truth and Reconciliation Commission — will meet with First Nations, Inuit and Métis community members to discuss the ongoing investigation into unmarked graves, as well as the protection and preservation of burial sites.

Ottawa gave her a $10.4-million budget, a two-year term and the task of working in a non-partisan manner.

Murray will help Indigenous groups navigate the legal and government systems. She will be required to publish annual reports on her findings. The government assigned her to identify measures to recommend “a new federal legal framework” for the treatment and protection of unmarked graves and burial sites.

There were 139 residential schools across Canada from the 1870s until 1996. Thirteen schools operated at various times in what is now Nunavut and there were four in Nunavik.

Murray said she understands some of the challenges that may come along the way.

“I am ready to hear the unique barriers your communities have had and continue to have while doing this sacred work,” she said.

That announcement followed calls from the NDP to appoint a special prosecutor to investigate crimes at residential schools. Lametti has said he does not have authority to make such an appointment.

Lametti said Wednesday Parliament may consider legislating a special prosecutor position if Murray recommends that in one of her annual reports.

“She has a familiarity with Inuit leaders, with Inuit Nunangat, and it’s so important that we have leaders in positions like this who don’t have to be educated from the beginning about who Inuit are,” he said.

Nunavut MP Lori Idlout also praised Murray’s appointment in a statement, highlighting her qualifications, but criticized the ministers for delay in making the appointment.

The NDP called on the Liberal government nearly a year ago to create a commission to provide oversight in ground searches and to include international experts — with the goal of bringing the children’s bodies home, Idlout said.

But Liberals blocked the motion, only to take a year to appoint an interlocutor “with a similar mandate, but no oversight or collaboration with international experts” said Idlout, who also criticized Lametti for not appointing a special prosecutor.