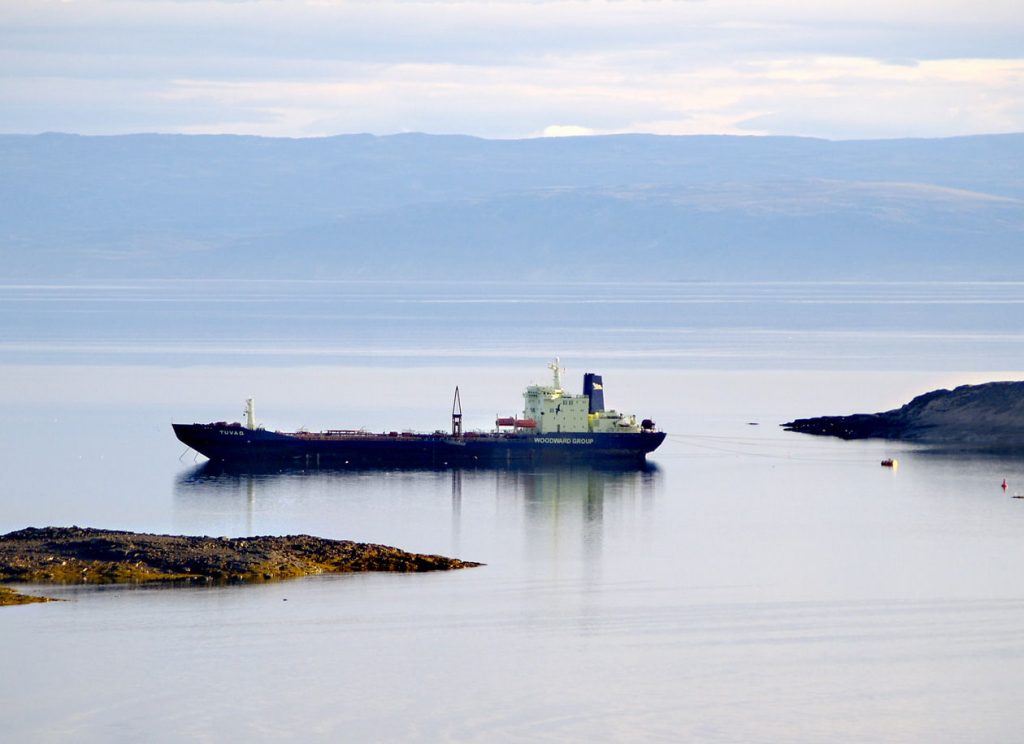 The fuel tanker Tuvaq, owned by the Woodward Group of Companies, lies off Iqaluit in the summer of 2010. The federal government is spending $64.9 million to improve the handling of petroleum product shipments and sealift cargo in multiple northern communities. (File photo)

The money flows from the Liberal government’s highly touted $1.5-billion Oceans Protection Plan, which was announced in November 2016. This month marks the fourth anniversary of that program.

In Nunavut, the government will spend money on the following:

• A new warehouse in Iqaluit to organize and store sealift containers.

• Improvements to sealift areas in nine Nunavut communities. The government did not identify which communities will benefit from this.

• Replacing fuel pipelines in 12 communities to improve the transfer of petroleum products from ships. The government did not identify the communities.

• Relocation of petroleum product transfer equipment further from the shore in nine communities. Again, the government did not identify the communities.

In the Northwest Territories, the money will pay for the following:

• Replacing a pipeline in the Sahtu region community of Tulita on the Mackenzie River, and upgrading its petroleum storage facilities.

• Repairing the dock at the Sahtu region community of Norman Wells.

In Nunavik, the money will pay for the following:

• Installing bollards in three communities to improve the security of vessels during resupply.

• Installing equipment in two communities to increase the flow of petroleum products.

And in Nunatsiavut, the money will pay for new structures in three communities to offer safe freight storage.