Wheelchairs, ramps and consistent health care are much needed in community, says one woman 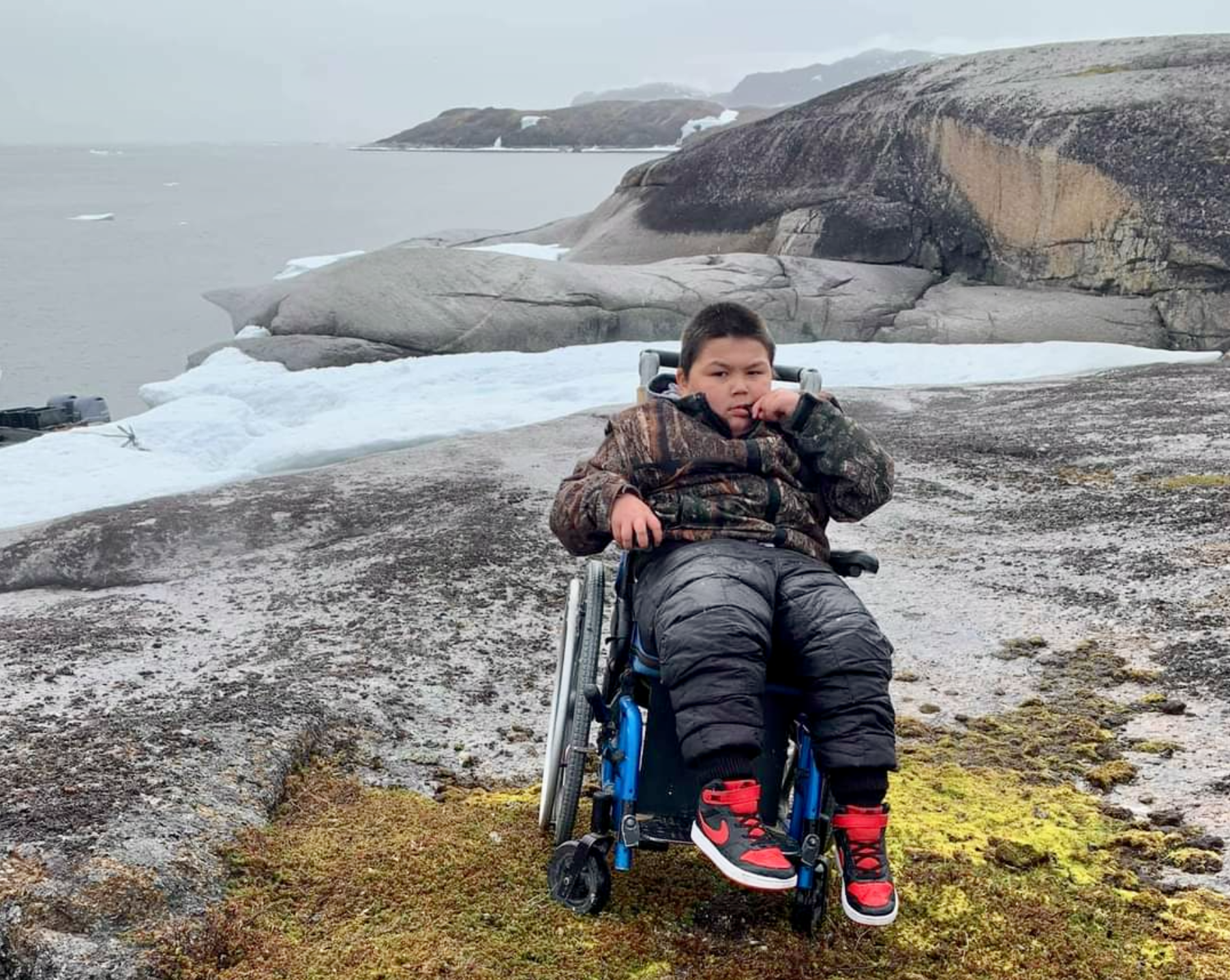 Seven-year-old Kenneth Kilabuk is under the care of his grandmother, Rosie Kilabuk. Rosie says the pair face many day-to-day challenges. (Photo courtesy of Rosie Kilabuk)

A group in Pangnirtung is rallying to give more support to community members with disabilities, something Rosie Kilabuk says is much needed.

Rosie cares for her grandson, Kenneth Kilabuk, who has cerebral palsy, epilepsy and a global developmental delay, which means it takes longer for him to reach milestones than it does for other children his age.

She adopted seven-year-old Kenneth at birth.

“It’s sometimes overwhelming, what a person with a disability goes through in a small community,” said Rosie.

Kenneth is in a wheelchair, making it difficult for him to get around on the town’s roads, which are full of potholes.

If they’re successful in getting to their destination, getting into buildings without ramps is another barrier.

“I wish my family’s houses had ramps because [without them] it means not visiting, not going to birthday parties, it’s very difficult,” she said.

This is why Rosie attended a community meeting last week, where the Pangnirtung Disabilities Theme Group was formed.

“It was a chance to share what we go through,” she said.

About 25 residents, home care workers, family services staff, and other service providers attended the all-day event at the community centre on July 28.

Markus Wilcke, a hamlet councillor who co-ordinated the event and the creation of the group, said the group’s goal is to bring people together to tackle accessibility issues.

He estimated there are 90 to 100 people in Pangnirtung who have physical or mental disabilities — that’s about five or six per cent of the total population of approximately 1,631, according to the territorial government.

The afternoon was filled with brainstorming sessions to learn what challenges people are facing and what supports are needed. For Rosie, the challenges are numerous.

First, Rosie says it was difficult to get a wheelchair for Kenneth.

She carried him in an amauti until he was too heavy. Then, Kenneth borrowed an elder’s old wheelchair, which was much too big for him.

The territorial government eventually paid for a wheelchair when Kenneth was four years old, after his biological mother organized an awareness walk in Pangnirtung and other communities, and after writing letters to the GN for support.

“We write so many letters,” she said, “it’s always letter writing.”

Travel is also difficult. Rosie and Kenneth must go to Iqaluit or Ottawa four or five times a year for medical appointments.

On top of the difficulty getting Kenneth into the plane’s washroom if needed, Rosie said flight schedules and unpredictable weather make trips long and hard.

Sometimes they can get between Iqaluit and Pangnirtung on a one-hour direct flight, but once the pair got home at 10 p.m. after three different flights.

Rosie said transport on Iqaluit’s wheelchair-accessible van isn’t guaranteed either. She’s had drivers refuse to let her and Kenneth get on.

When attending appointments in Pangnirtung, high turnover at the health centre makes it hard to receive consistent care, as well.

Even though Rosie says she generally receives good support, she constantly has to re-explain Kenneth’s condition to providers.

In March, for example, Kenneth was having a seizure, so Rosie called the health centre to tell them she was bringing him in. These were the doctor’s orders since Kenneth stopped breathing during a seizure once.

Despite this, she was told not to come in and to let him have the seizure at home.

Kenneth — who loves going boating — is turning eight on Aug. 21 and will be going into Grade 3 in September, said Rosie.

At school, Kenneth has support.

Kenneth is starting to learn how to speak, and last year he got an award for “most improved,” Rosie said proudly. 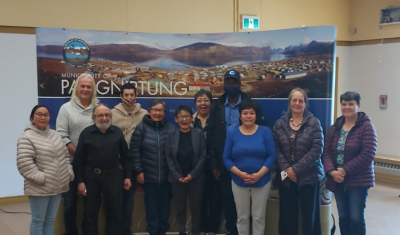 Back at the meeting, others in the disabilities group were given the opportunity to speak up about their own needs, including accessible housing and a lack of proper equipment like handrails in elders’ homes.

Wilcke said the next step is to assess community members’ specific needs through interviews and hopefully, hire a dedicated co-ordinator.

He said the group has also requested money from the Nunavut Disabilities Society to renovate a currently-unused annex of the arena into an accessible space.

“[They] would just have a place to hang out,” Wilcke said. “Right now, people with disabilities don’t have a place where they can get together.”