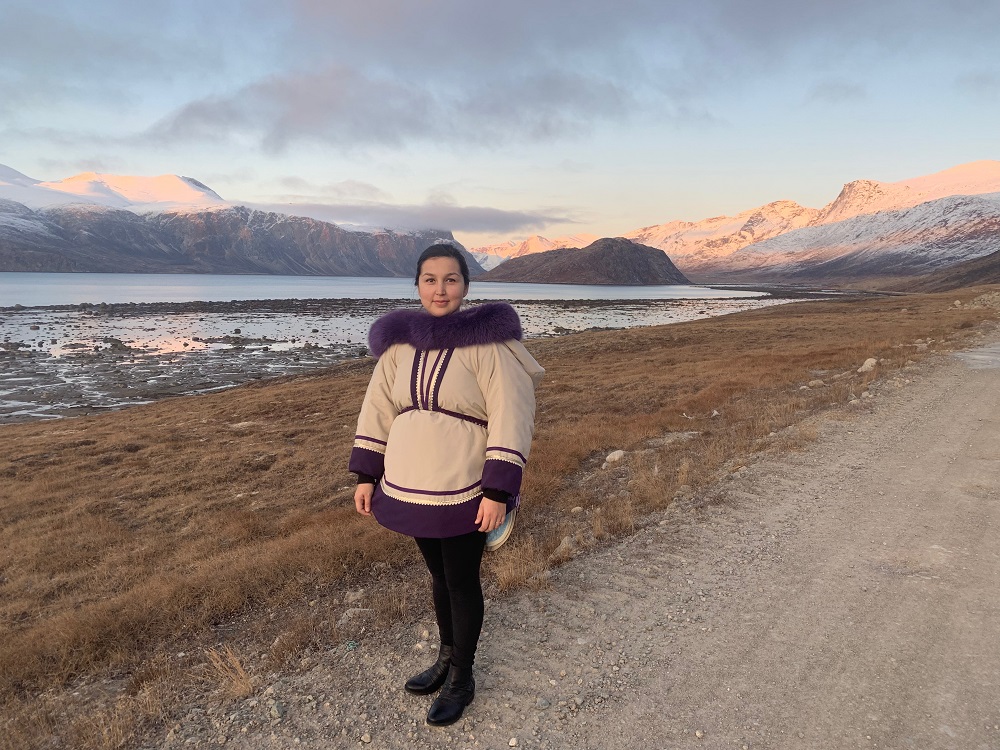 Jenna Kilabuk is this year’s recipient of the John Amagoalik scholarship, which was set up for Nunavut students studying in a field that promotes Inuit culture. The Qulliq Energy Corp. announced today that Kilabuk was selected to receive the $5,000 Laura Ulluriaq Gauthier scholarship.(Photo courtesy of QIA)

The Qikiqtani Inuit Association announced the $5,000 John Amagoalik scholarship on Monday, Oct. 19, which is handed out each year to a post-secondary student studying in a field that promotes Inuit language and culture.

The Qulliq Energy Corp. announced today that Kilabuk was selected to receive the $5,000 Laura Ulluriaq Gauthier scholarship, given each year to a Nunavut student who demonstrates outstanding academic achievement and commitment to community involvement.

That scholarship pays tribute to Ulluriaq Gauthier, who was instrumental in the establishment of Nunavut’s own independent utility. She died in 2000.

Kilabuk, a mother, hamlet councillor and aspiring teacher, is now in her second year of the four-year Nunavut Teacher Education Program at Nunavut Arctic College.

“I am honoured to have been selected as a recipient of the John Amagoalik Scholarship,” she said in a news release. “I believe John’s journey and experiences have greatly contributed to the learning for individuals like me.”

Amagoalik was born and raised in Inukjuak, until his family was relocated to the High Arctic in the 1950s. He is often called the Father of Nunavut for the work he did towards the creation of the territory. He chaired the Nunavut Implementation Commission and headed Inuit Tapirisat of Canada.

Nunavut students who wish to apply for next year’s scholarship must be enrolled in a post-secondary program, and preferably one that promotes Inuit culture.

Applicants must write a 500-word essay on how their decision to pursue their studies was inspired by Amagoalik’s work, as well as by the Nunavut Agreement.