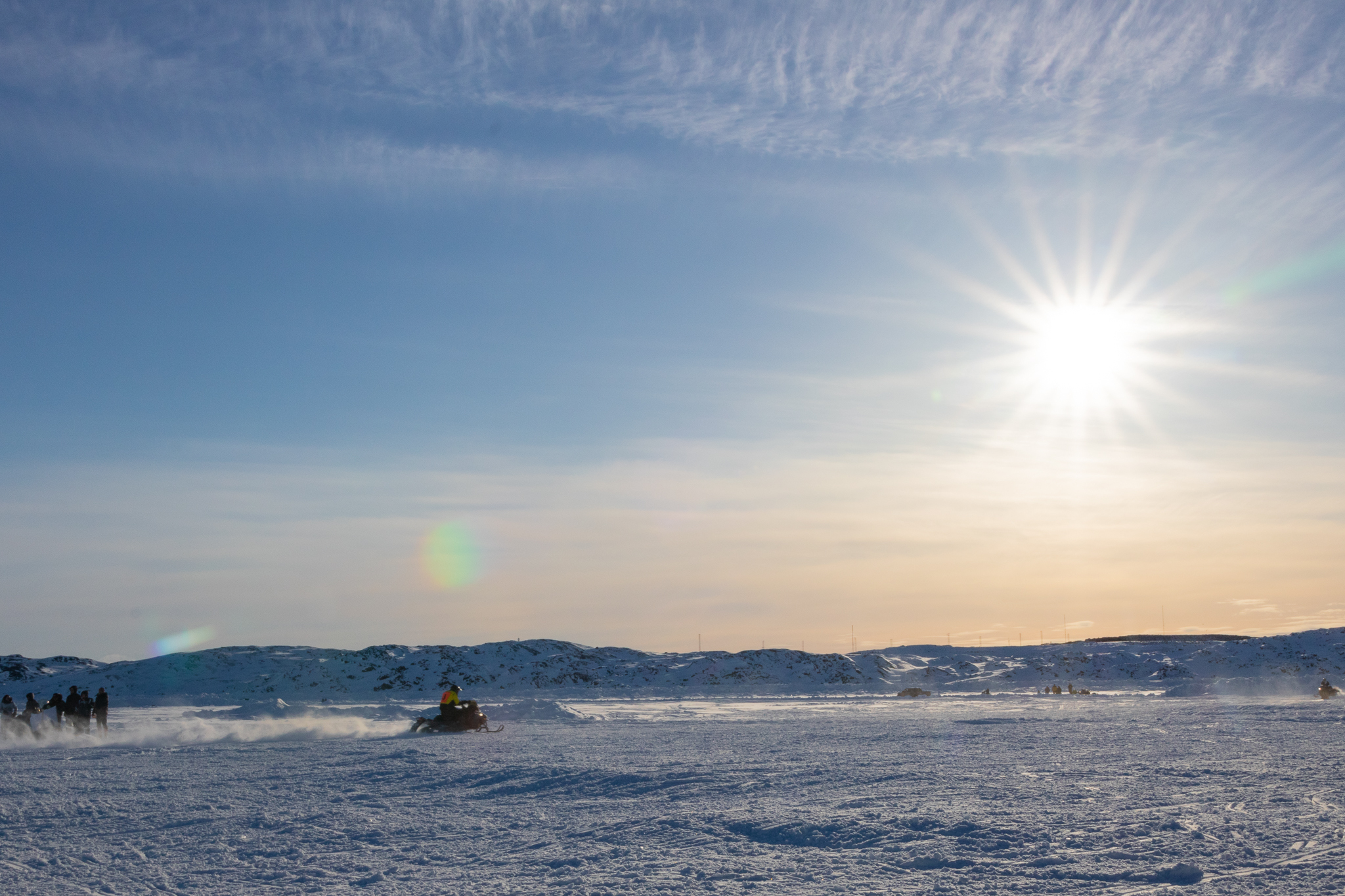 Snowmobilers race on the ice near Iqaluit during Toonik Tyme last winter. Environment Canada is predicting a milder winter than last for eastern Nunavut and Nunavik, while western Nunavut will be colder than normal. (File photo by Jeff Pelletier)

After Nunavut recorded the third-warmest summer in the past 75 years, and a relatively balmy fall, Environment Canada is predicting a milder than normal start to the first half of the winter season for most of the territory.

“When we say ‘warmer than normal’, we are really saying just one or two degrees, but averaged out of 60 days or 90 days, it is quite significant,” said David Phillips, senior climatologist from Environment Canada, in a telephone interview Thursday.

But what about the blizzards that have already hit? Phillips points to warmer-than-normal fall weather as the culprit, as warmer temperatures lead to increases in snowfall.

In the eastern part of Nunavut — Iqaluit and the rest of  Baffin Island — and Nunavik, Environment Canada is forecasting temperatures from December to next February will be milder than normal. Normal seasonal temperatures in Iqaluit are highs of -18 degrees and lows of -26 degrees.

Sandwiched between the N.W.T., where temperatures will be colder than normal, the western side of Nunavut in Baker Lake, Rankin Inlet and Arviat will experience temperatures close to normal. Normal seasonal temperatures for Arviat are highs of -22 degrees and lows of -27 degrees.

Overall, Environment Canada predicts that the first half of the winter season will bring with it milder temperatures with more snow, blizzards and blowing snow, and that the second half of will be closer to normal temperatures and less precipitation.

“Accuracy of the forecast is getting better, but it is one of the biggest challenges that science faces,” he said.