Paul Quassa calls for the public to pick Nunavut’s premier 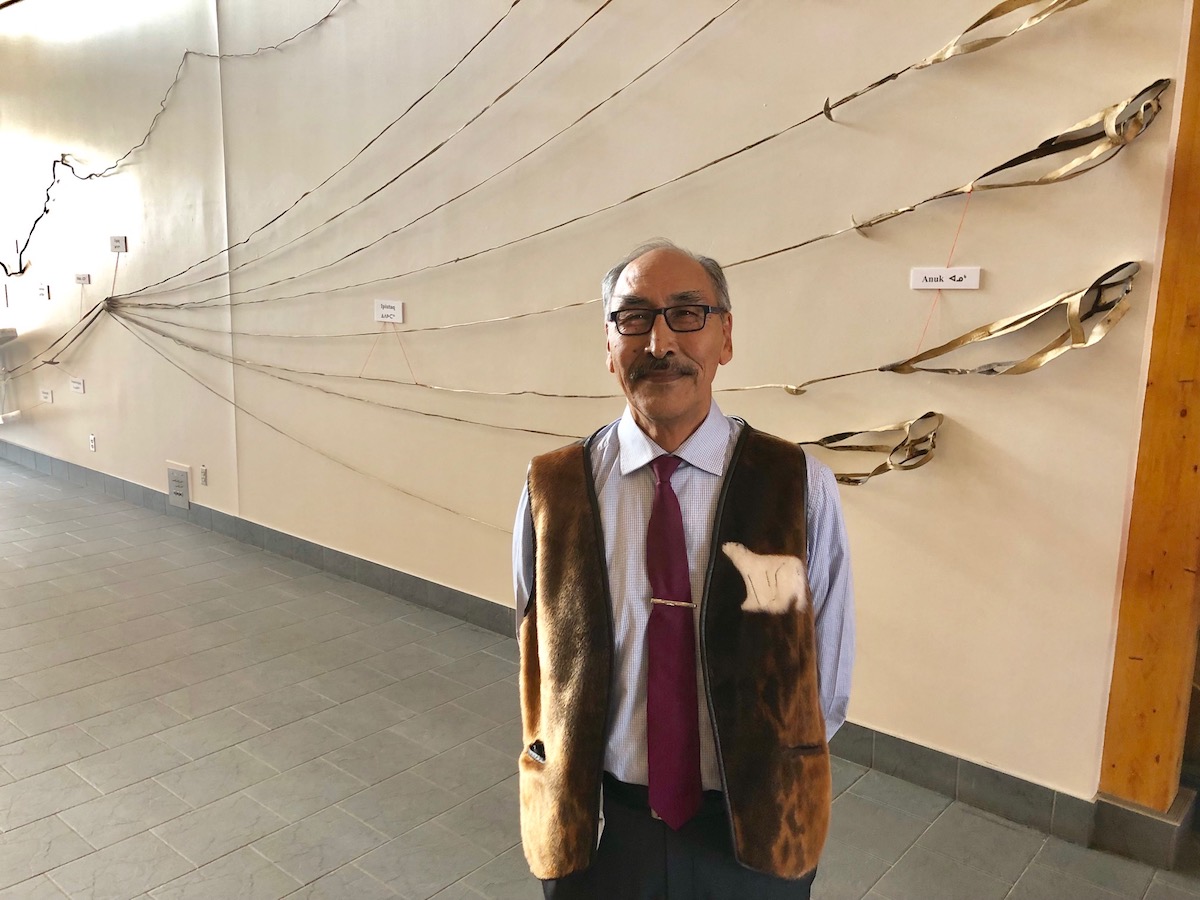 Aggu MLA Paul Quassa stands in front of a display of dog team leads in the Nunavut legislature’s foyer. On the final day of the spring sitting of the legislature, Quassa spoke about his intent to introduce a motion during the next sitting for a plebiscite on the direct election of the territory’s premier. “Many people have told me that a clear choice of visions for our territory needs to be put before the people.” (Photo by Jane George)

Aggu MLA Paul Quassa is calling for a plebiscite over how Nunavut’s premier is chosen.

Yesterday, on the last day of the spring sitting of the Nunavut legislature, Quassa said he plans to introduce a motion in the fall sitting for a plebiscite on whether to allow the Nunavut public to directly elect the territory’s premier.

The proposed vote would likely take place at the same time as the next territorial election, within two years.

Quassa was himself ousted as premier a year ago after a non-confidence vote, and replaced by the current premier, Joe Savikataaq.

Quassa’s proposal would radically change Nunavut’s political system, and raises the question of whether regular MLAs would lose their ability to hold the executive to account.

Quassa told Nunatsiaq News that the idea of having a directly elected premier was not written off in the late 1990s by the Nunavut Implementation Commission, which proposed the structure and process of the new territorial government.

Then, the NIC’s chief commissioner, John Amagoalik, presented the NIC report on the issue to the newly elected Nunavut MLAs at their first caucus retreat in Baker Lake.

There, the decision was made to retain the election system used in the Northwest Territories for the time being.

Quassa told Nunatsiaq News that the N.W.T. system may have been adopted at the time but that “20 years later it’s time to rethink it.”

In a member’s statement at the legislature, Quassa said “I believe that is it’s now time for this question to be put directly to Nunavummiut by way of a vote under the Plebiscites Act at our next general election.”

Quassa said he was influenced by what he has been hearing from Nunavummiut, as well as by a 1999 Nunatsiaq News editorial written by Jim Bell.

The editorial said that Nunavut’s MLAs made the right decision at the time, but cautioned that “Nunavut MLAs should not forget where the idea of a directly elected premier arose in the first place, within a frustrated public fed up with their inability to influence government policy at election time.”

Quassa said he did not foresee organized political parties contesting territorial elections anytime in the future, as is the case in Greenland.

But Quassa said the direct election of the premier may be the best way to allow Nunavummiut to choose a leader “who brings a clear mandate to the office.”

Quassa said he acknowledged that there would be many details to consider before implementing such a fundamental change, such as whether the premier would also have the authority to choose his or her own cabinet, now elected by a vote among elected MLAs.

If the suggested move to change seems radical, Quassa said, “Let us remember that the creation of Nunavut itself was seen by some as an audacious idea that was impossible to achieve.”

“When we reconvene in this house for our fall sitting, I hope to bring forward a motion that will set us on the path to asking our constituents for their thoughts on this important issues.”