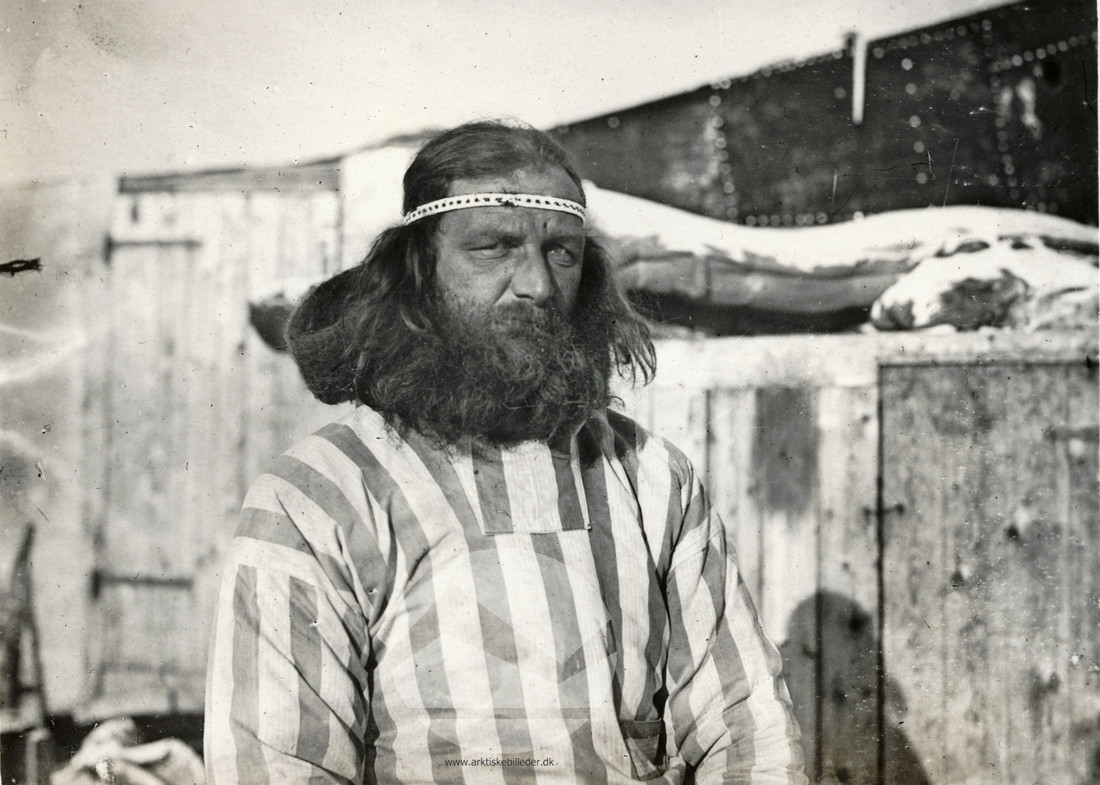 When we last left Peter Freuchen, he had just saved his own life by fashioning a chisel from his own frozen feces to free himself from an ice cave that threatened to become his early grave.

He ended his description of that adventure with the ominous statement, “Fortunately I then did not know the ordeal was to cost me my foot.”

And thus begins another tale.

The map-making expedition on which he, Bangsted, Aaqqiuq and Palluq had embarked was quickly brought to an end. The party had to return to base camp as quickly as possible if Freuchen’s foot was to be saved.

Back at Danish Island, gangrene set in and the flesh began to peel from his foot. Palluq’s wife, Tagurnaaq — Fruechen calls her Aapak in his telling, but he is in error — used an Inuit treatment.

“She captured lemmings,” wrote Freuchen, “skinned them, and put the warm skin on my rotting foot with the bloody side down. Every time she changed this peculiar kind of dressing, some of my decayed flesh peeled off with it, but she insisted on this treatment until there was no more flesh left … At night when I could not sleep I stared with horrible fascination at the bare bones of my toes.”

“As long as I kept my foot inside the warm house, the odor (sic) was unbearable, so we arranged to keep the foot outside,” he wrote.

“We made a hole in the wall by the end of my bunk, and I put my foot out into the freezing temperatures whenever the odor became too overpowering.”

From the relative comfort of his bed at Danish Island, he wrote a letter to the fur trader Henry Toke Munn on March 21 in which he made light of his situation: “Just now I am at bed, having some frozen toes to take care of. Hope they will drop of (sic) pretty soon.”

Tagurnaaq also offered Freuchen something else to take his mind off his troubles: “One day [Tagurnaaq] told me that I needed a woman to take my mind off my pains. She brought along a young girl, Siksik, whose husband, Qingaq, had kindly put her at my disposal while he went off on a trip with Captain Berthie.

“I felt like King David, who was given young girls to keep him warm at night, but I told Siksik that I was in no condition to take advantage of the kind offer.”

Perhaps. But Freuchen loved female companionship, and if he did not make Siksik his bedmate, he certainly did with Qakortingniq, a young Netsilik woman. Little is known of the circumstances, except that at about the end of that year, or perhaps early in 1924, Qakortingniq bore Freuchen’s child.

Freuchen continued: “The gangrene did not spread beyond the toes. Once the decay had bared all five toes to the roots, it did not go farther, and the flesh stopped peeling. I could not stand the sight, however, and one day I decided to do something about it.”

He had decided to amputate his own toes!

“I got hold of a pair of pincers,” he wrote, “fitted the jaws around one of my toes, and hit the handle with a heavy hammer. The excruciating pain cut into every nerve of my body, an agony I cannot describe.”

Freuchen later remarked flippantly, “Perhaps one could get used to cutting off toes, but there were not enough of them to get sufficient practice.”

He admits he cried with self-pity when he had finished cutting off his toes, but it was a great relief to have the toe stumps off “since they had kept me from walking and putting on my kamiks. Now I could at least get on my boots and hobble around.”

In fact, he learned quickly to walk quite well — toes are important, certainly, but the balls of your feet provide most balance, as other explorers who have lost toes in the Arctic also learned.

On June 6, Freuchen and Helge Bangsted travelled to Beach Point, just south of Repulse Bay, where they met Aullanaaq, who took Freuchen in his sailing boat to Chesterfield Inlet where they arrived July 9.

Freuchen’s purpose was to see the doctor on the Hudson’s Bay Company supply vessel, Nascopie. He whiled away his time doing archeological digs while awaiting the ship.

Doctor Hart told Freuchen that he needed an operation immediately if the foot was to be saved. Some reports say this operation took place in the company’s staff house, others on the ship. In fact, it was carried out in the ship’s mess hall on a dining table.

Freuchen was a non-drinker, but the doctor apparently had no anesthetic. Freuchen reportedly downed half a bottle of rum before the surgery. Hart, assisted by Sgt. Douglas of the RCMP, then performed the operation.

Although this is an often-told story, it’s unclear just what came off during the procedure. Freuchen claims he himself had amputated five toes from the frozen foot, but the expedition’s official report says that on the ship, “Freuchen had his frost-bitten great toe amputated.”

What’s likely is that Freuchen had made a bit of a mess of amputating the big toe — its bone mass would have been larger than that of the other toes.

Dr. Hart needed to clean up Freuchen’s job on the big toe, and probably remove dead flesh from various parts of the foot, including the heel which had also been frostbitten.

The doctor advised Freuchen to go out on the Nascopie to get further treatment in the south, but Freuchen was unwilling to do so. He still had work to do, and returned to Danish Island.

Back in Denmark in 1926, he ended up having his left foot amputated and was fitted with a prosthetic foot, all this the result of a night’s carelessness in seeking temporary shelter while lost on the land.