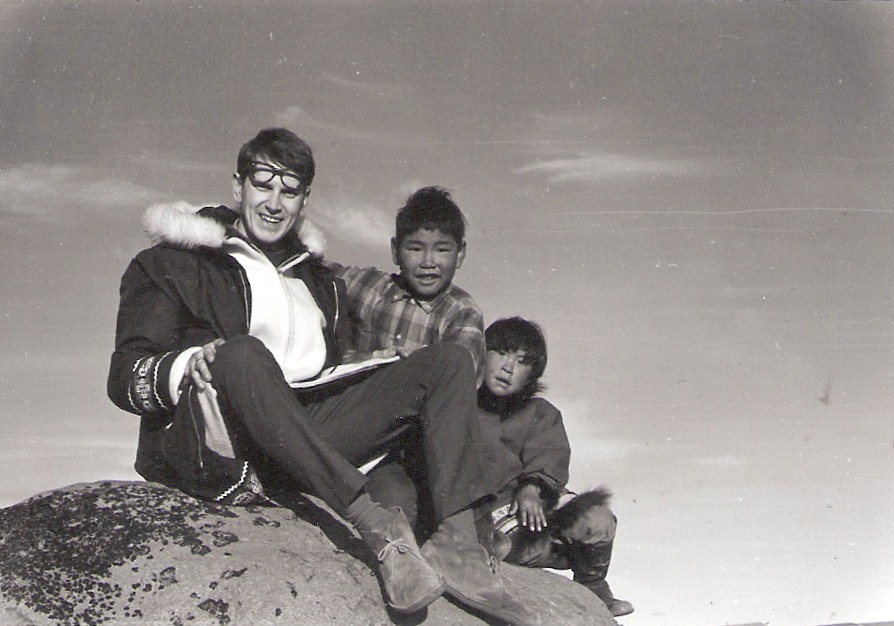 Jake Ootes, a former executive assistant with the Northwest Territories government, poses with two unidentified youth on a trip to Sachs Harbour, N.W.T. in 1969. Ootes hopes posting his collection of photos from the Arctic will help identify people in the photos. (Photo courtesy of Jake Ootes)

Jake Ootes remembers the time he spent in the Arctic fondly, especially when he looks through the many photos he took on his trips.

“Most of the photographs… are kind of blended into my brain, because I remember everything so well from those times,” he said.

Starting in 1964, Ootes worked for the Northwest Territories government as executive assistant and information director to commissioner Stuart Hodgson, accompanying him on his annual Arctic tours over the next decade.

Previously a newspaper reporter in Ontario, Ootes would bring his camera on those trips and take photographs of the people he encountered.

Now the 79-year-old is asking for the public to help him identify the people in those photos.

On March 31, Ootes launched the Inuit Heritage photo project, an online archive of more than 300 shots taken across the Arctic during the 1960s and 1970s, including in the region now known as Nunavut.

“What we’re looking for is to get feedback from individuals with possible names of people,” he  said.

“Somebody may look at them and say, ‘Hey, that’s me in that photograph’ or, ‘That’s my auntie or that’s my uncle.’ I think they’d be very, very pleased to be able to see that.”

After being encouraged by Sen. Dennis Patterson to post his collection of photos online, Ootes applied for and received a $5,000 grant from the GN’s Department of Culture and Heritage to pursue the archiving project.

He said the money has been used to purchase a scanner to digitize his photographs and upload them to his new website, www.inuitheritage.ca.

Funds also went toward partnering with a professional translator — Iqaluit elder and retired interpreter Betty Brewster is helping translate information on the website into Inuktitut. 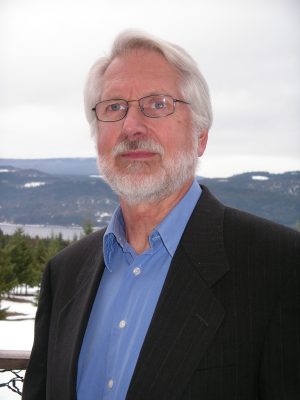 Jake Ootes hopes his Inuit Heritage photo project will allow members of the public to help him identify people in his photos of the Arctic. “I have a responsibility to make sure that this does get publicized,” Ootes said of the photos. (Photo courtesy of Jake Ootes)

There are now hundreds of photos on the website, each depicting a vibrant scene of life in the Arctic.

In one black and white photo, a man wearing a parka pours fuel into a wooden boat’s tank. Another shows a man grinning at the camera, a cigarette dangling casually from his mouth.

A colour photo shows two boys smiling while riding a three-wheel all-terrain vehicle on the Arctic tundra, while even more depict school functions, community events and families out on the land.

“I was a young man when I travelled with commissioner Hodgson and we were always treated so courteously and welcomed by everybody throughout the Arctic,” Ootes said.

“There are so many memories there. Many are extremely pleasant memories, I must say.”

Anyone who recognizes people in the photos can fill out a response form on the Inuit Heritage website in either English or Inuktitut.

A bibliography page on the site displays information from readers about who is or could be depicted in the photos.

“For me, the initial thing was the importance of getting this posted because time is moving on, and I thought I have a responsibility to make sure that this does get publicized,” Ootes said.

He wants to see the photos historically preserved for future public reference.

“I’ve done it more for the people themselves, if they are still alive, but secondly, for their relatives, and then also for the community where they were from.”

Ootes said, “it’s very emotional for me to go through these photographs. I’d love to be able to write stories with some of the photographs that are out there.

“Who knows what may develop here?”