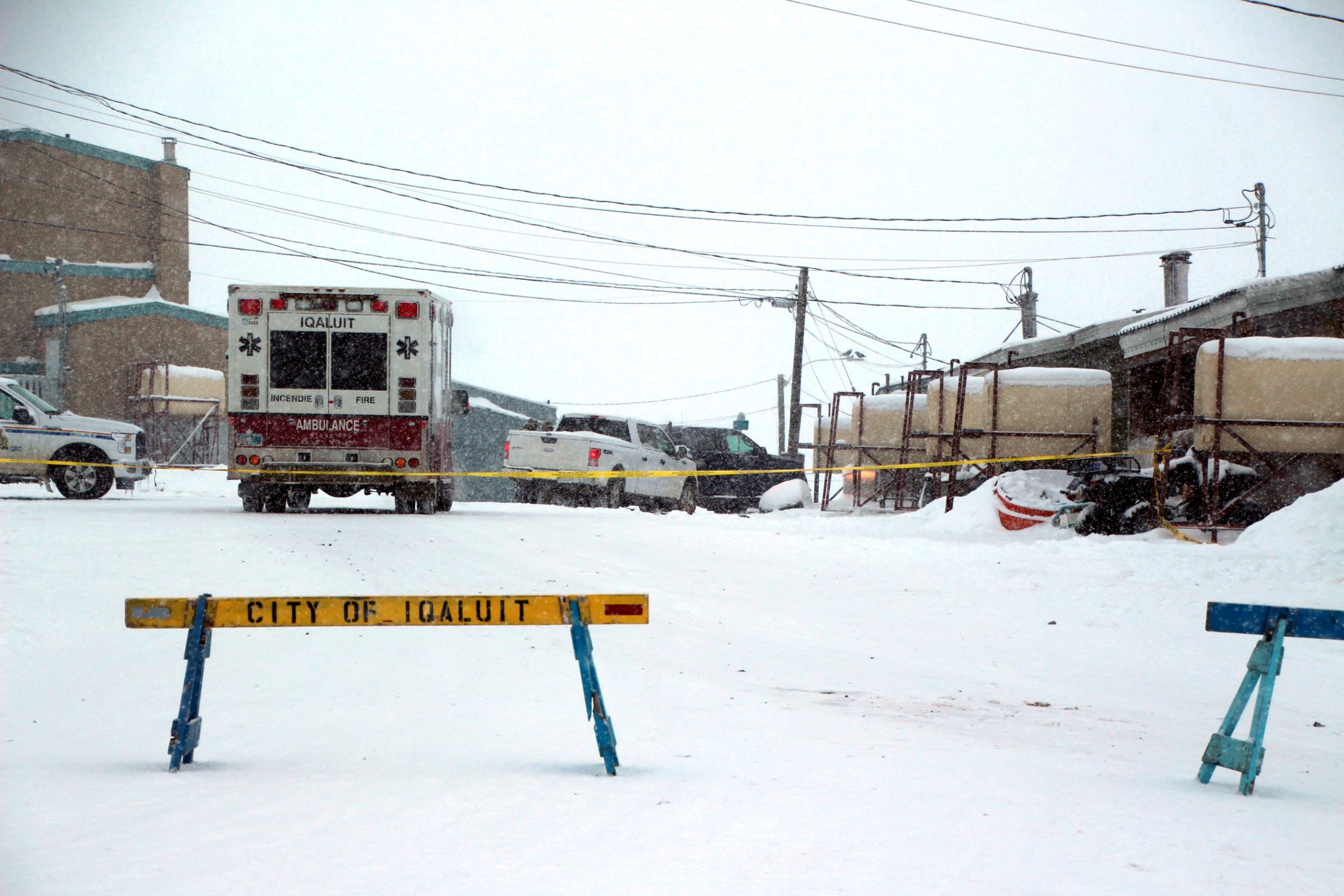 A standoff that continued all day Dec. 19 on Nipisa St. in Iqaluit ended with the arrest of a 34-year-old man. Three young children are now in the custody of the Department of Child and Family Services. (PHOTO BY BETH BROWN)

A 34-year-old man faces multiple charges and three young children are now in the custody of the Department of Child and Family Services, following 12 hours of crisis negotiations yesterday during a standoff incident in lower Iqaluit.

“We would like to thank the residents of Iqaluit for their patience while we worked through this event. We are pleased that the incident came to a peaceful resolution and no one was harmed,” RCMP Inspector Mark Crowther, the incident commander, said today in a news release.

The man, who police did not name, is charged with forcible confinement, assault, uttering threats and breach of conditions, police said. He was to appear this afternoon at the Nunavut Court of Justice

The man had barricaded himself inside the housing unit, with the three young children, and refused to cooperate with police, the RCMP said.

“Alcohol was a contributing factor in this event,” police said.

At the start of the incident yesterday morning, Nunavut RCMP members set up roadblocks to cordon off a section of Nipisa St. close to the 300s area of Iqaluit, “to provide a safe working space for emergency vehicles.”

Police said all day they hoped to resolve the standoff peacefully and for many hours attempted to conduct negotiations with the man.

That meant Iqaluit residents had to avoid an area between houses 135 and 141 on Nipisa St.

Some people in nearby houses were evacuated as a precaution. They were able to go home after 7:40 p.m. last evening, police said. 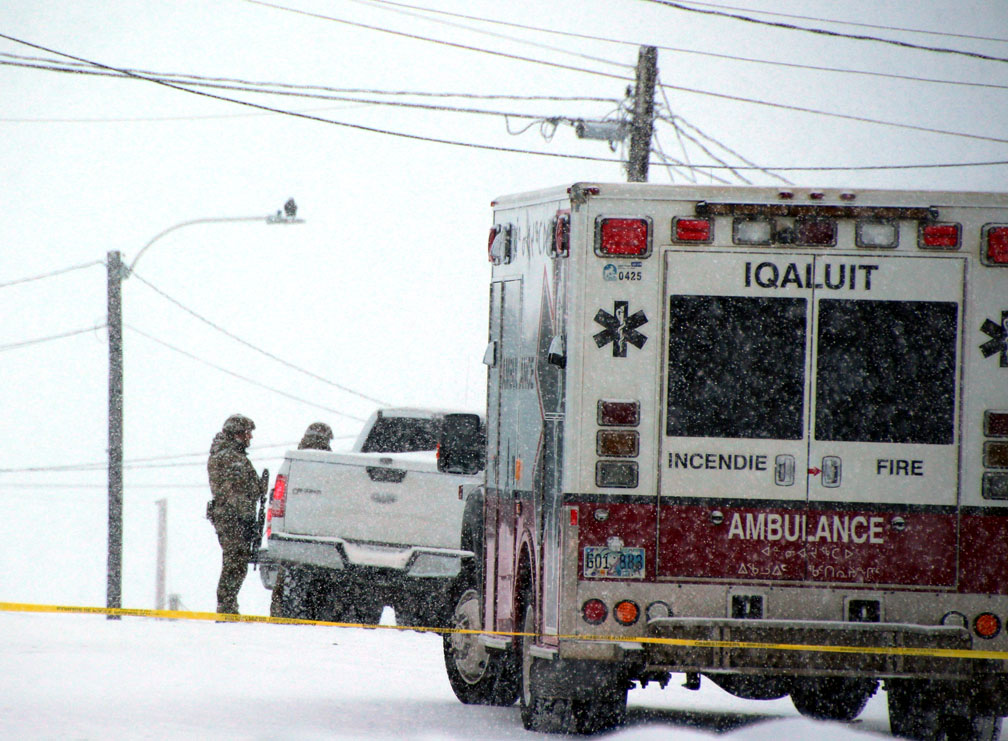 Police officers and an ambulance stand by during a standoff on the morning of Dec. 19 in Iqaluit. A 34-year-old man faces multiple charges and three young children who were barricaded in a house with him are now safe. (PHOTO BY BETH BROWN)

The RCMP alerted schools about the road closure and warned the public to stay away from the area. Yesterday was the last day of school in Iqaluit before the holiday break.

An ambulance and municipal enforcement vehicles stood by and armed police, some dressed in camouflage gear, were observing the situation from nearby positions. 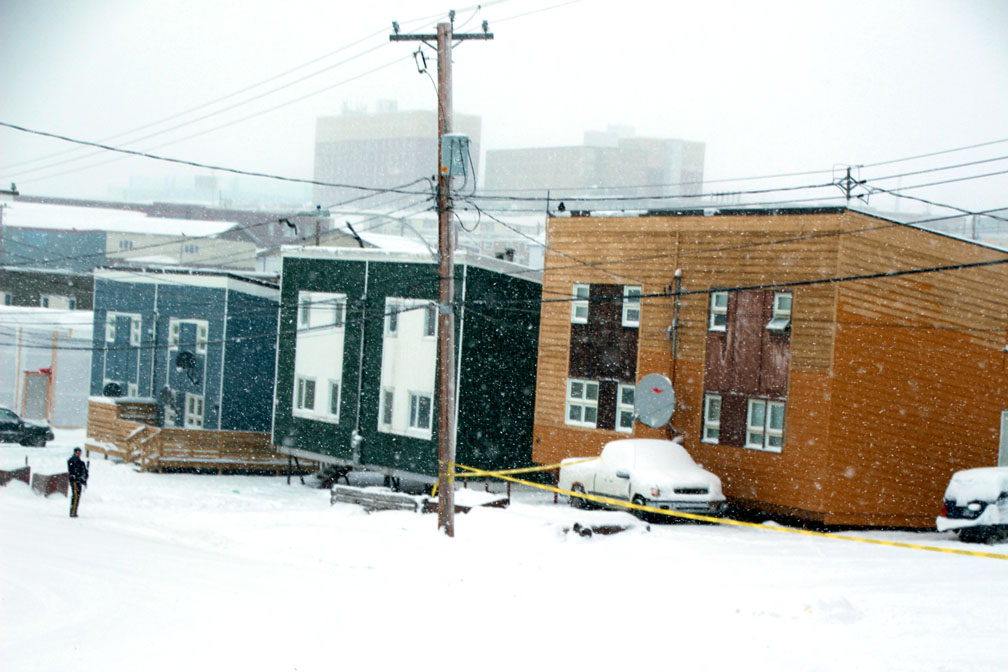 Part of the area of lower Iqaluit that police had blocked off on the morning of Dec. 19 in Iqaluit. (PHOTO BY BETH BROWN)

The blocked-off area was quiet all day yesterday and, except for police and other first responders, nearly deserted.

Nipisa St. runs the length of the lower Iqaluit neighbourhood in a long horseshoe, stretching from Queen Elizabeth Way and curving past the old graveyard, just east of the city centre.

The street encompasses many buildings numbered in the 100s, 200s and 300s.

With files from Beth Brown.