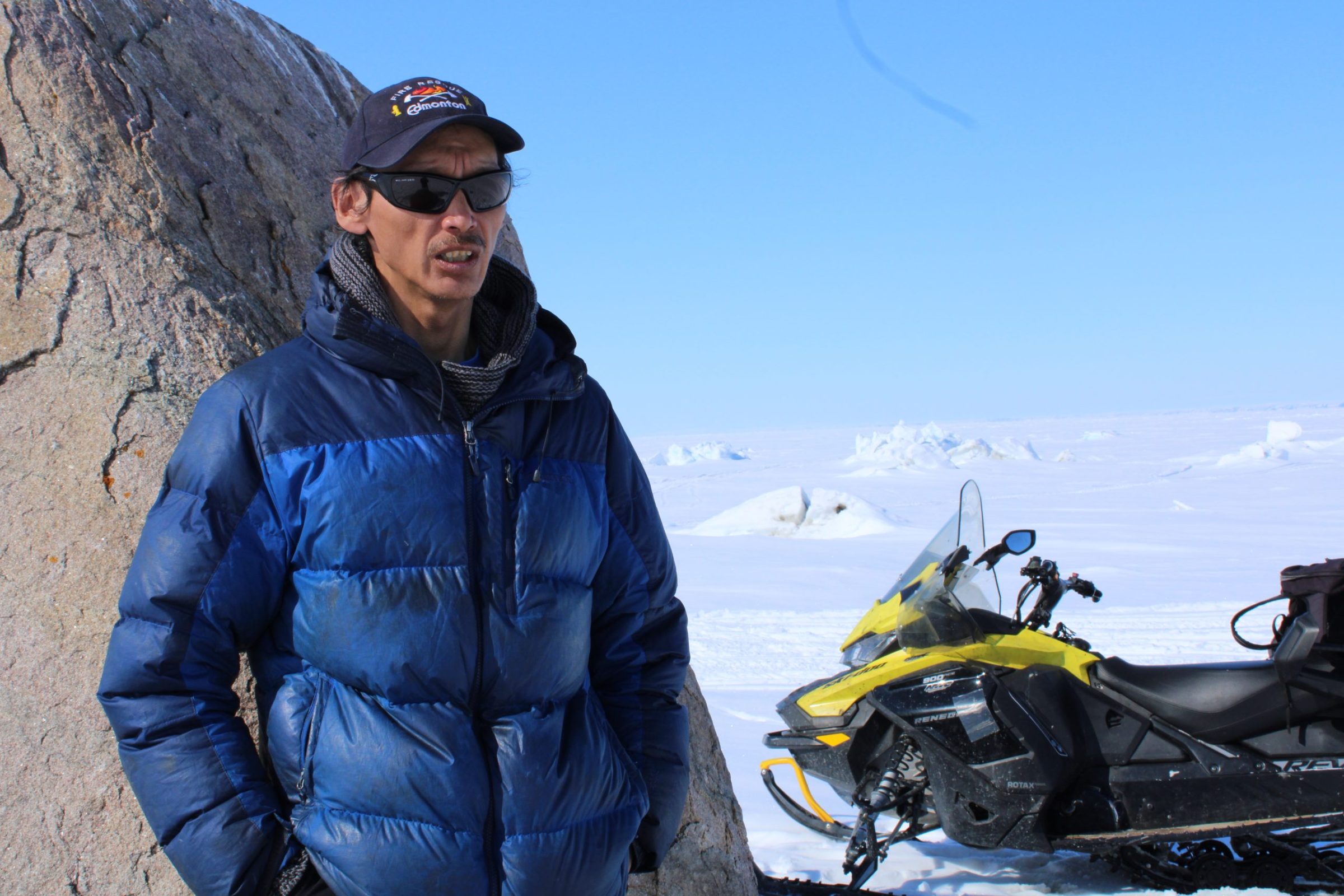 Brian Koonoo reflects on the experiences in his book, “Inuunira: My Story of Survival,” at Salmon Creek near Pond Inlet. (Photo by David Venn)

As he dodged avalanches and trekked through whiteouts, Brian Koonoo thought about how the disastrous hunting trip he was on might make for an inspiring book.

“I was almost giving up,” he said.

Koonoo had left Igloolik on May 12, 2015, and was due in Naujaat a few days later. He’d travelled to the mainland to hunt caribou because of a moratorium that was in place at the time on hunting them on Baffin Island.

When he didn’t arrive, land and air search parties — including a Hercules helicopter sent by the Joint Rescue Coordination Centre Trenton — scoured a 250-kilometre trail between Sanirajak and Naujaat.

On May 20 Koonoo walked into Naujaat, safe after trekking approximately 60 kilometres on foot.

“I was thinking: maybe … I could write a story to inspire people not to give up — even if we’re going through a very hard time — not to give up,” said Koonoo, who sat down with Nunatsiaq News at Salmon Creek, near Pond Inlet, to talk about his forthcoming book, Inuunira: My Story of Survival.

Koonoo tells the tale of his journey in the book — how he lost his radio, backpack and sleeping bag near a cabin past Sanirajak, and decided to carry on towards Naujaat so he could contact his family.

Then, his snowmobile broke down and he was left to decide whether to stay on the trail and wait for help, or finish the last leg of the journey on foot.

That was when Koonoo recalled teachings on how to create shelter from snow from his late father, Joseph Takijualuk Koonoo, and elders, like Cornelius Nutarak.

“I thought about [my ancestors] … and how very difficult it is to try to survive in the Arctic with all the extreme conditions,” Koonoo said.

There were times when he thought he might not make it through and worried about leaving behind his six daughters.

“I wanted to make sure I made it home,” he said.

Not only did he make it home, but he also managed to hunt five caribou.

Inuunira is Koonoo’s first book. He said it was a challenge, but he received a lot of help from his publisher, Inhabit Media.

He said he wanted to share a story that could inspire people who are thinking about giving up on life, and inspire young people to learn survival skills.

Koonoo said he’s excited for the book’s release on June 14.

It is available for pre-order online and will also be available at a book launch in Pond Inlet’s visitor’s centre in late July.