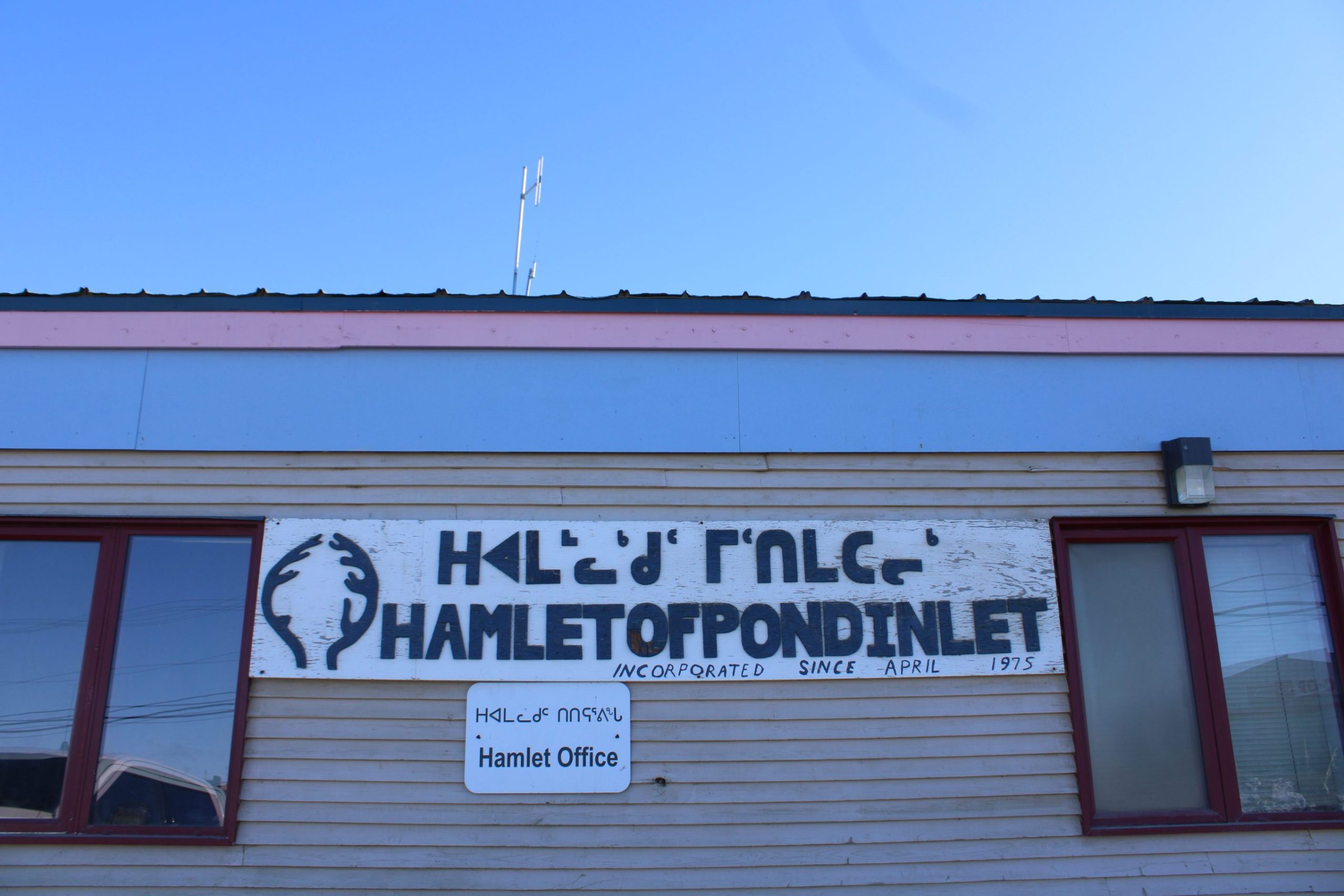 Pond Inlet Mayor Joshua Arreak said mining companies will come and go, but the people of his hamlet will remain. (Photo by David Venn)

Although Pond Inlet wants to have economic development, keeping the land and animals healthy is its first priority, says Mayor Joshua Arreak.

“I believe every community, every municipality, dreams of growth, anywhere, anyhow possible for the community to benefit,” Arreak said in an interview.

“The mining company will be here, come and go, but we will always be here. So, we do support our environment, our animals, because that’s where we harvest our food.”

The Nunavut Impact Review Board gave its recommendation on Baffinland Iron Mines Corp.’s Mary River mine expansion proposal on May 13, following a four-year-long public hearing that heard from the company itself, federal and territorial departments, hamlets and hunters and trappers organizations.

The board recommended against approving the company’s plan to build a 110-kilometre railroad from the Mary River mine to Milne Inlet, an additional dock at the port, and to double its shipping output from six to 12 million tonnes of iron ore per year through the Tallurutiup Imanga marine conservation area.

The board determined the proposal “as assessed cannot proceed in a manner that will protect the ecosystemic integrity of [Nunavut] and protect and promote the existing and future well-being of the residents.”

It said Baffinland’s plans to mitigate impacts to animals, such as narwhal and caribou, would be ineffective.

Baffinland stated throughout the hearing that it might have to temporarily close down the mine if federal Northern Affairs Minister Daniel Vandal rejects its expansion.

Arreak called the recommendation “a good decision,” despite the hamlet of Pond Inlet releasing a letter of support for the expansion in January. If Baffinland’s proposal is eventually rejected, he said, life for Inuit will remain.

“We will have to do what needs to be done, even without Baffinland if that’s the case. So we’ll live, we won’t move,” he said.

Tununiq MLA Karen Nutarak didn’t say how she felt about the board’s recommendation, but said she was glad it listened to her community.

“A lot of time, Inuit don’t get heard. The voice of Nunavut barely gets heard,” she said in an interview.

Although Baffinland hasn’t reached its Inuit employment targets, Nutarak knows there are people in her community who are employed at Mary River, including some in supervisory roles.

She’s concerned about what might happen if the company shuts down the mine should Vandal reject the expansion plan, although she called that a “threat” from the company that has divided the community.

“It feels like we lose our foundation in the community,” she said.

Nutarak said she would like to see the company use more Inuit qaujimajatuqangit, or traditional knowledge, in its plans for the project and better mitigate impacts on the environment prior to expanding the mine, if it is approved.

Expansion is expected to bring 127 new jobs to Pond Inlet in three years, said Baffinland spokesperson Peter Akman. Overall, the company projects 300 Inuit will be employed out of a total of 2,100 employees.

As of April, the company has reached 18 per cent Inuit employment. Its goal, negotiated with the Qikiqtani Inuit Association, is 24 per cent, Akman said in an email to Nunatsiaq News.

Baffinland has also committed to building a $10-million Inuit training centre if the expansion is approved.

Akman said the company has included traditional knowledge in its proposal by gaining information from workshops on how the land is used as well as environmental management.

“Baffinland recognizes the integral role of [Inuit qaujimajatuqangit] in environmental management,” he said, adding there will be Inuit-led monitoring and decision-making throughout the life of the mine.