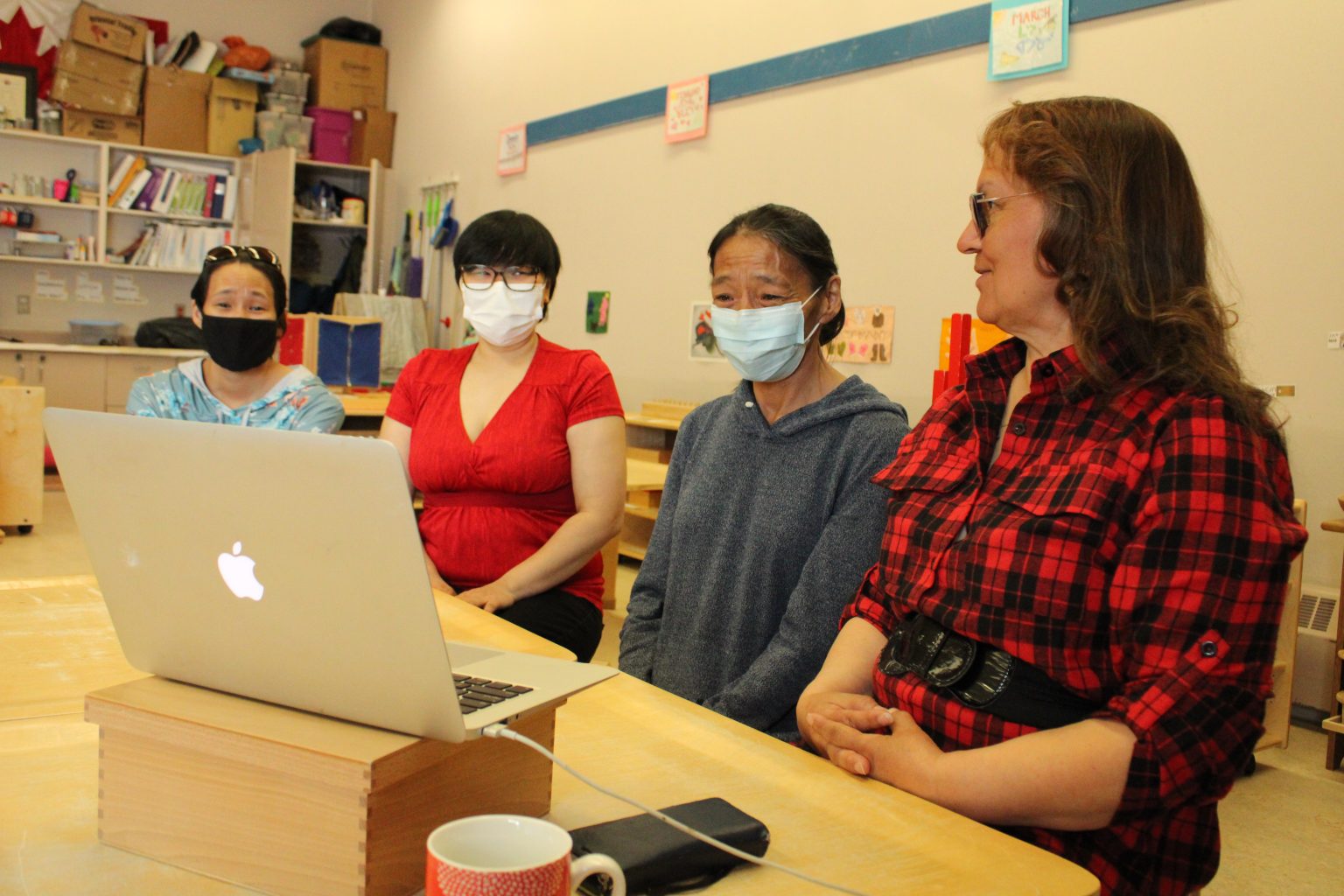 A $2-million boost from the federal government aimed at expanding Pirurvik Preschool’s reach to more Nunavut communities is a “huge honour,” according to one of the women who spearheaded the project.

Tessa Lochhead, co-director of the school alongside Jedidah Merkosak, said she plans to use the money to set up online resources such as Zoom meetings and tutorial videos that will help early childhood educators across the territory connect and collaborate.

“We’re really looking at how to work with the community centres and capacity issues that everyone’s dealing with so we can all continue to build together,” Lochhead said.

“[This is] an opportunity to connect every community centre that we’ve worked with and bring everyone together in regular meetings online … and more consistently support these community programs that we work with.”

The money comes from Employment and Social Development Canada’s Early Learning and Child Care Innovation program, and will be spread out over three years.

It’s meant to help the preschool strengthen its work in seven communities, including Kinngait, Rankin Inlet and Baker Lake.

An example is the creation of a cultural corner in the classroom, where children can use a qamutik to pretend they are hunting. There’s another area where they can pretend to scrape sealskins to clean them.

Pirurvik’s work has been acknowledged even outside the territory, with the preschool receiving the 2022 Governor General’s Innovation Awards last month, as well as the Arctic Inspiration Prize in 2018.

The school’s work “encompasses the unique lived experiences and language of Inuit,” Gov. Gen. Mary Simon said in a virtual awards ceremony May 19.

Lochhead said she hopes she will be able to take a step toward talking about “what’s possible in education.”

“Often, I think we look at what’s not working and we get upset about it. It’s hard and it’s frustrating for everyone involved,” she said.

“But when something is actually speaking to people’s hearts and of the children and the teachers … we really need to start talking about that.

“We just need to focus on building and supporting one another.”