More than 1,000 people gather to see Pope Francis in Iqaluit 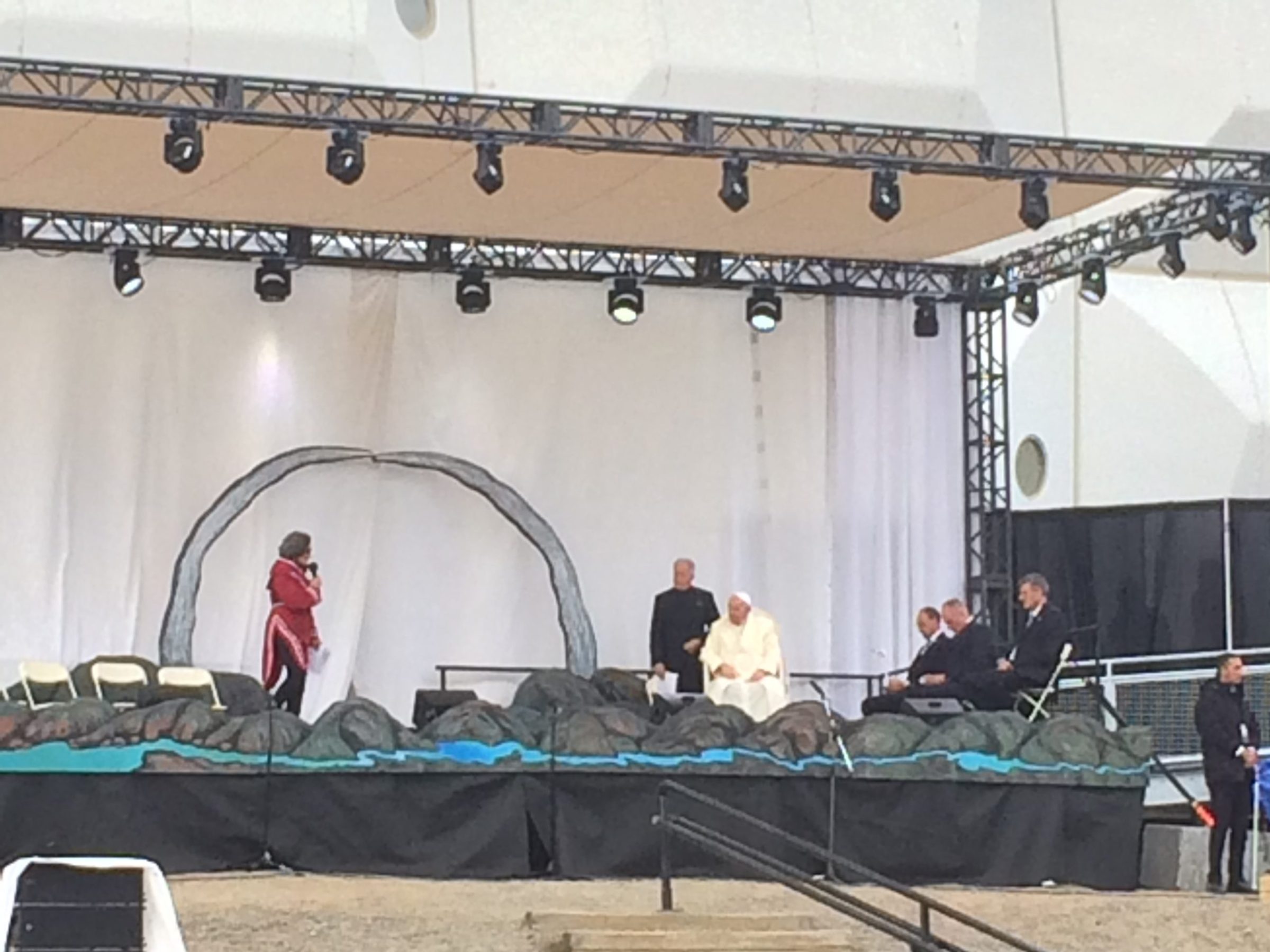 Outside Nakasuk Elementary School, approximately 1,500 people were gathered waiting to hear the Pope speak at a public event. It had been expected to start at 5 p.m. ET, however Francis didn’t arrive on the stage until about 5:45 p.m.

The final leg of the Pope’s tour of Canada began this afternoon when his flight landed at the Iqaluit International Airport just before 3:40 p.m. ET.

His visit to Nunavut’s capital includes a private meeting with residential school survivors, followed by a community event outside the school.

Throughout his visit this week, which also included stops in Edmonton and Quebec City, the Pope has apologized for the role some Catholic clergy played in the abuse of Indigenous children at residential schools across Canada from about 1880 until the early 1990s.

It’s estimated 150,000 children were taken from their homes in that time and sent to those schools. Many were psychologically, physically or sexually abused, and unmarked graves have been discovered at the sites of several of the former schools.

Pope Francis departed for Rome at about 8:15 p.m.

Check back for updates to this developing story.