While homily reflected on significance of elders, references to Catholic Church’s role in residential school system were limited 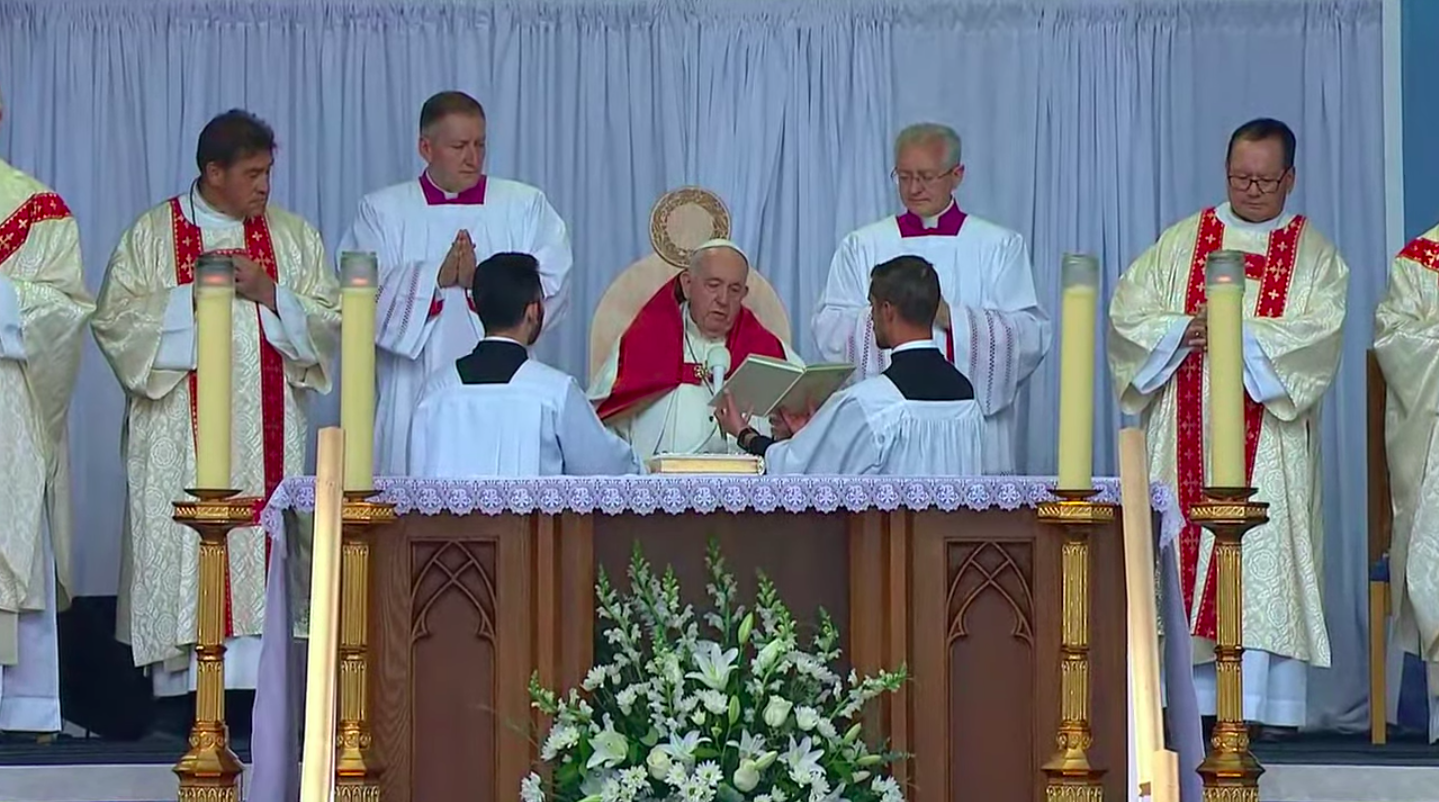 While he reflected on the significance of elders during an open-air mass in Edmonton, Pope Francis’ expressions of apology for the Catholic Church’s role in Canada’s residential school system were limited. (Screenshot from Vatican News/YouTube)

Pope Francis on Tuesday encouraged worshippers at an outdoor mass in Edmonton to honour their elders and grandparents, one day after he apologized for abuses suffered in residential schools run by the Catholic Church.

The mass — held at Commonwealth Stadium, which can accommodate 65,000 people — was part of the six-day papal visit to Canada that ends Friday afternoon in Iqaluit. While there were thousands in attendance, still there were many empty seats visible.

The date of the mass, July 26, coincided with the Feast of St. Anne, which honours the grandmother of Jesus. Anne and her husband, Joachim, are considered the patron saints of grandparents and the day is one of particular reverence for Indigenous Catholics, according to organizers. 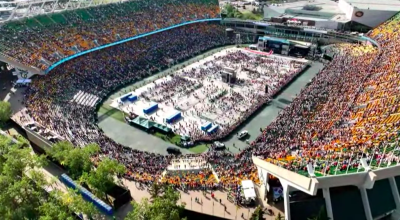 Pope Francis’ open-air mass took place at the Commonwealth Stadium in Edmonton, which can accommodate up to 65,000 attendees for a program. (Screenshot from Vatican News/YouTube)

While Francis noted the signficant role elders play in our lives, his expressions of apology for the Catholic Church’s role in Canada’s residential school system were limited.

He encouraged the crowd to honour their elders by making good choices and building “a future in which the history of violence and marginalization suffered by our Indigenous brothers and sisters is never repeated.”

“That future is possible if — with God’s help — we do not sever the bond that joins us with those who have gone before us and if we foster dialogue with those who come after us.”

It’s estimated 150,000 Indigenous children were removed from their families and communities from the mid-1800s through the 1990s and sent to residential day schools, the majority of which were run by the Catholic Church. Many children suffered abuse there at the hands of Catholic clergy. 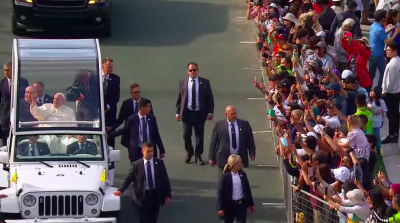 The mass was held on July 26, which is the Feast of St. Anne and honours the grandmother of Jesus. It’s a day of particular reverence for Indigenous Catholics, according to organizers. (Screenshot from Vatican News/YouTube)

Focusing on the importance of grandparents and elders, Francis said they are responsible for helping us grow in love and faith.

“They bestowed on us something that can never be taken from us and that at the same time allows us to be unique, original and free,” he said. “We should not lose their memory, nor forget the history that gave birth to our lives.”

He said, “We should always remember those whose hands caressed us and those who held us in their arms. For in this source, we can find consolation in moments of discouragement, a light to guide us and courage to face the challenges of life.”

The stadium mass was to be followed by a pilgrimage to the site of Lac Ste. Anne on Tuesday evening.

On Wednesday, Francis will depart Alberta for Quebec City before travelling to Iqaluit on Friday.