Positively pink at the legislature 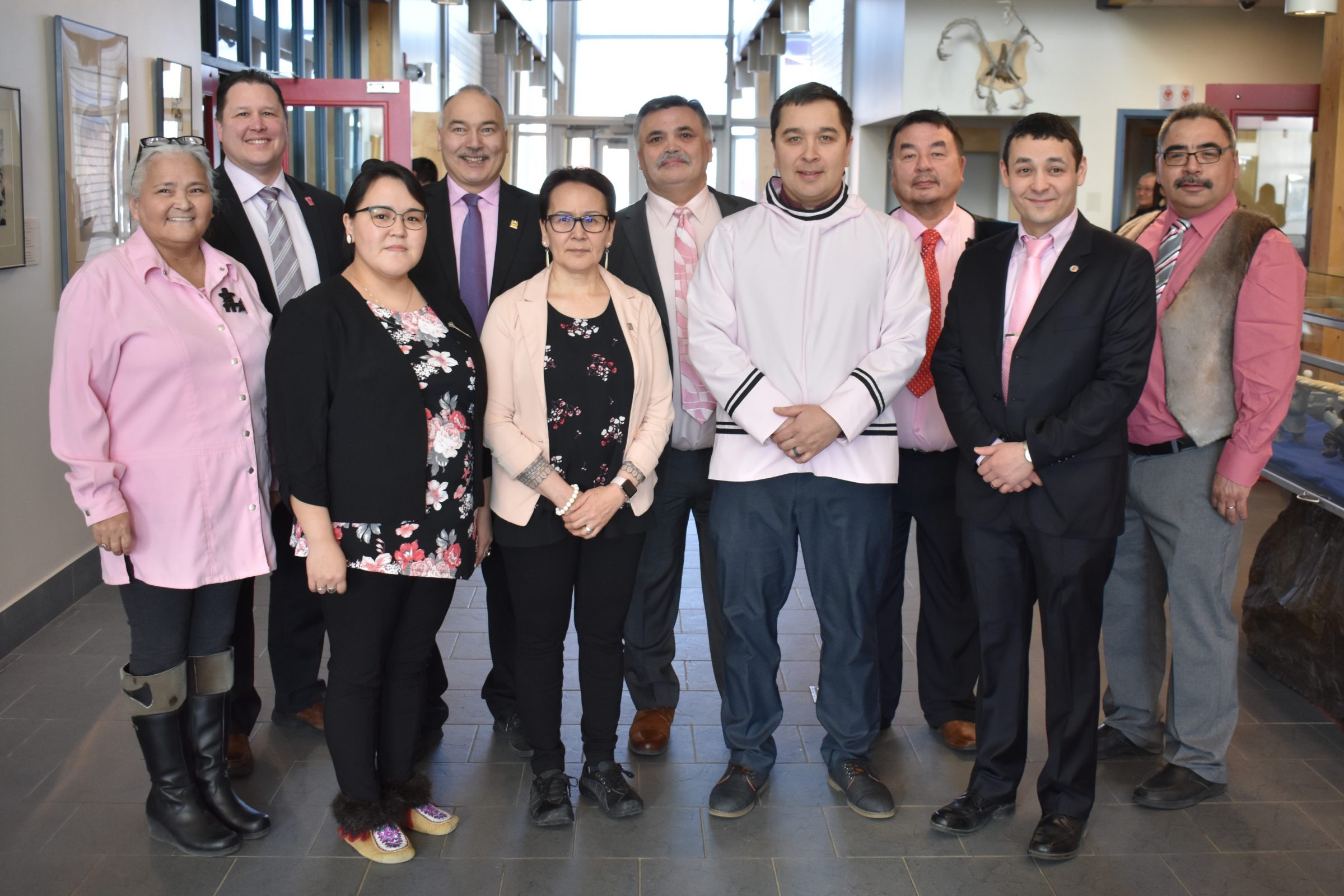 The Legislative Assembly looked peachy on Wednesday, when nearly all the regular MLAs and ministers sported the rosy shade in support of Pink Shirt Day. Some wore pink ties and others wore pink tops to show they do not tolerate bullying. Arviat North-Whale Cove MLA John Main said he was bullied back when he was in school. “I have been bullied, I have been harassed in the school environment, mentally and physically. It was a daily occurrence, every time I went to school from Monday to Friday,” said Main, in Inuktut. “I don’t know why I was bullied in school but when you get older you look at the bullies and find that they themselves were going through hardship. I even thought about quitting school because of being bullied on a daily basis. If my parents didn’t push me I would have dropped out of school.” The bullying eventually subsided, he said, possibly because he got taller. He asked that everyone do their part in supporting others when they are being bullied. “We should not tolerate harassment or bullying in any environment, and tell them that what they are doing is not right. Let’s do that in Nunavut so that bullying will subside.” (Photo by Courtney Edgar)