Proposed Meliadine mine extension to be assessed 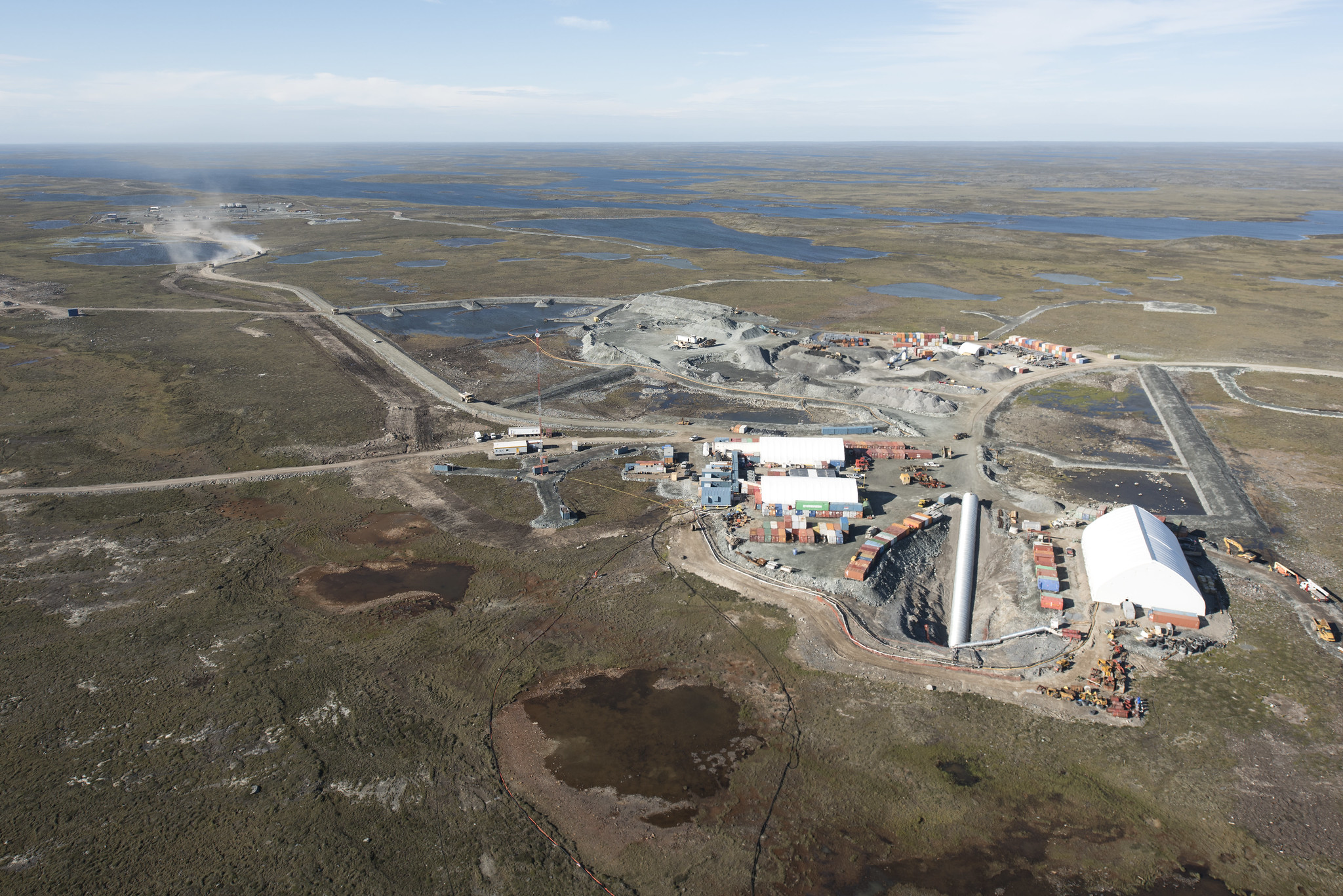 Agnico Eagle has submitted its proposal for an extension to the Meliadine mine, seen here, that would add 11 years to its lifecycle. (Photo courtesy of Agnico Eagle)

A proposal by Agnico Eagle Mines Ltd. to extend the life of the Meliadine gold mine near Rankin Inlet by adding wind turbines, underground mining and possibly an airstrip requires more assessment, the Nunavut Impact Review Board says.

The board issued a notice June 22 saying it intends to do an assessment, termed a reconsideration, on the mine’s proposed extension. The assessment will likely require terms and conditions on the mine’s original licence to be modified, since the proposal presents significant changes.

NIRB’s reconsideration comes after several government and regional organizations stated the proposed extension is not part of what was agreed upon in 2015 when certifying the mine, which became operational in 2017.

The potential impact of an 11-year mine life extension on nearby wildlife and caribou migrations specifically was mentioned by regional organizations, such as the Kivalliq Inuit Association and Kangiqliniq Hunters and Trappers Organization, as well as the Government of Nunavut.

On April 14, Agnico Eagle submitted its proposal to NIRB to add an extension to the Meliadine mine, an open pit goldmine 25 kilometres north of Rankin Inlet. On May 24, NIRB asked the public for comments on Agnico Eagle’s proposal.

Underground mining is usually done to access ore that is farther below the surface. Open pit mining typically uses more heavy machinery, since it is on an open surface, unlike underground mining.

Outside of actual mining, Agnico Eagle is proposing 11 wind turbines be built for renewable energy north of the mine, as well as the option for the company to build an airstrip near the mine.

Initially, the turbines would supplement production of the mine’s the diesel-powered facility. In its proposal, Agnico Eagle said the wind turbine would produce 46.2 megawatts of installed power when operating at 100 per cent efficiency, meeting the mine’s power needs.

The airstrip would not be built any time soon, Agnico Eagle stated in its proposal.

Sonja Galton, a spokesperson for Agnico Eagle, told Nunatsiaq News the company will not be responding publicly regarding its proposed Meliadine mine expansion, to respect NIRB’s process and the regional bodies involved.

In its reconsideration, NIRB will review technical requirements, as well as include public consultation and potentially a public hearing.

The company also stated the extension would prolong the life cycle of the mine from 2032 to 2043.

The certificate for the Meliadine mine to operate, initially approved in 2015, had more than 100 terms and conditions, including wildlife and environmental impacts.

This proposal is more significant than any previous amendment to the mine, KIA director of lands Luis Manzo wrote to NIRB, adding an assessment is needed.

The proposed changes he listed include wind turbines taking an additional 400 hectares of land, construction of an airstrip, and the amount of ore being mined increasing by 40 per cent.

Caribou migration options might also be reduced if the wind turbines and airstrip are built, Manzo said.

Manzo also wrote that Agnico Eagle’s consultation with the KIA for the extension was not sufficient.

The company consulted the organization about the extension on June 18, 2021, but was only provided more information in May this year, despite KIA repeatedly asking the company for information, he said.

The Kangiqtiniq Hunters and Trappers Organization, located in Rankin Inlet, stated it does not support the addition of windmills and an airport because of the impact that would have on wildlife migrations. The group also recommended a full assessment be done of the proposed mine extension.

Nunatsiaq News contacted the Kangiqtiniq group, however no one was available for comment.

Extending the mine will prolong its economic benefits, such as employment, business contracts and training programs, Agnes Simonfalvy, the Avatiliriniq coordinator for the Government of Nunavut, wrote to NIRB.

However, she agreed that the wind turbines and airstrip should be assessed because of the potential effect on surrounding wildlife and habitat.

NIRB’s executive director, Karen Costello, told Nunatsiaq News she could not estimate a timeline for the Meliadine mine extension reconsideration, but a typical reconsideration can take up to six to nine months.

An update on the timeline of the review should be available in the coming weeks, she added.

The Meliadine mine is still able to operate while the reconsideration occurs.

Once the reconsideration report is finished and new terms and conditions for the mine are potentially presented, federal Northern Affairs Minister Daniel Vandal will have 45 days to approve, change or reject the recommendations from the report.