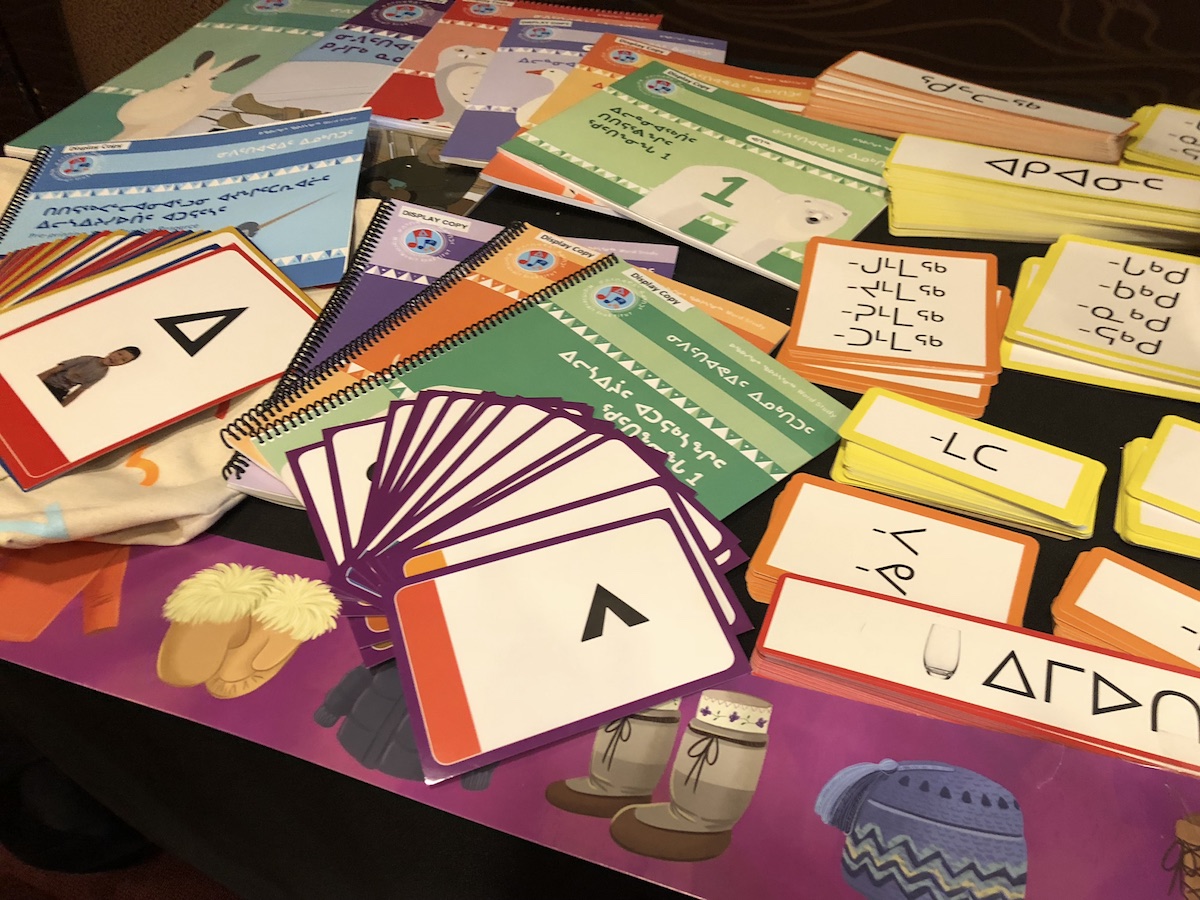 Inuktut-learning materials are available in Iqaluit, but scholars and language advocates note that the language needs protection. (Photo by Jane George)

Protect Inuktut in Nunavut! That’s the message that 37 scholars and language advocates are asking attendees to deliver to the Canadian government at an international language commissioners’ conference.

The language commissioners met on Wednesday, June 26, and Thursday, June 27, in Toronto at the sixth annual conference of the International Association of Language Commissioners.

This year’s conference, as stated on the association’s website, was intended to “highlight institutions that promote and protect Indigenous languages in light of the UN’s International Year of Indigenous Languages.”

In light of this, an international group of scholars and language advocates—including Shirley Tagalik and May Baker, directors of the Aqqiumavvik Society in Arviat; Zacharias Kunuk, award-winning filmmaker and recipient of the Order of Nunavut; and Inuit-language specialist and human rights advocate Jay Arnakak—has called on the conference attendees in an open letter to consider the status of Inuktut in Nunavut.

“We, who have a research background in Nunavut, ask that you spend some time considering the dire situation of the Inuit language there.”

They highlight the fact that Canada’s Official Languages Act does not mention Inuktut, so there is no federal requirement for government services in Inuktut.

“Inuktut speakers cannot get services in their language from the Coast Guard, the RCMP, or the CRA.

“Nunavut is the only jurisdiction in Canada where the majority public is policed by a force that doesn’t speak their language.”

They quote Nunavut Tunngavik Inc. President Aluki Kotierk who has said, “Inuit have been clear that essential services must be available, in Inuktut, for Inuit in the areas of health, education and justice. It is a matter of life and death.”

The group notes that not only is Inuktut not mentioned in Canada’s Official Languages Act, nor has it received federal recognition in the Indigenous Languages Act, Bill C-91, which received royal assent on June 21.

It is this absence of federal protection, according to the group, that has allowed Nunavut’s public government to “propose legislation to roll back Inuktut education rights 20 years, to 2039.”

The letter calls on conference attendees to demand that Canada modernize the Official Languages Act and grant Inuktut equality with English and French within Nunavut, “to protect and support Inuktut, the voice of Nunavut.”