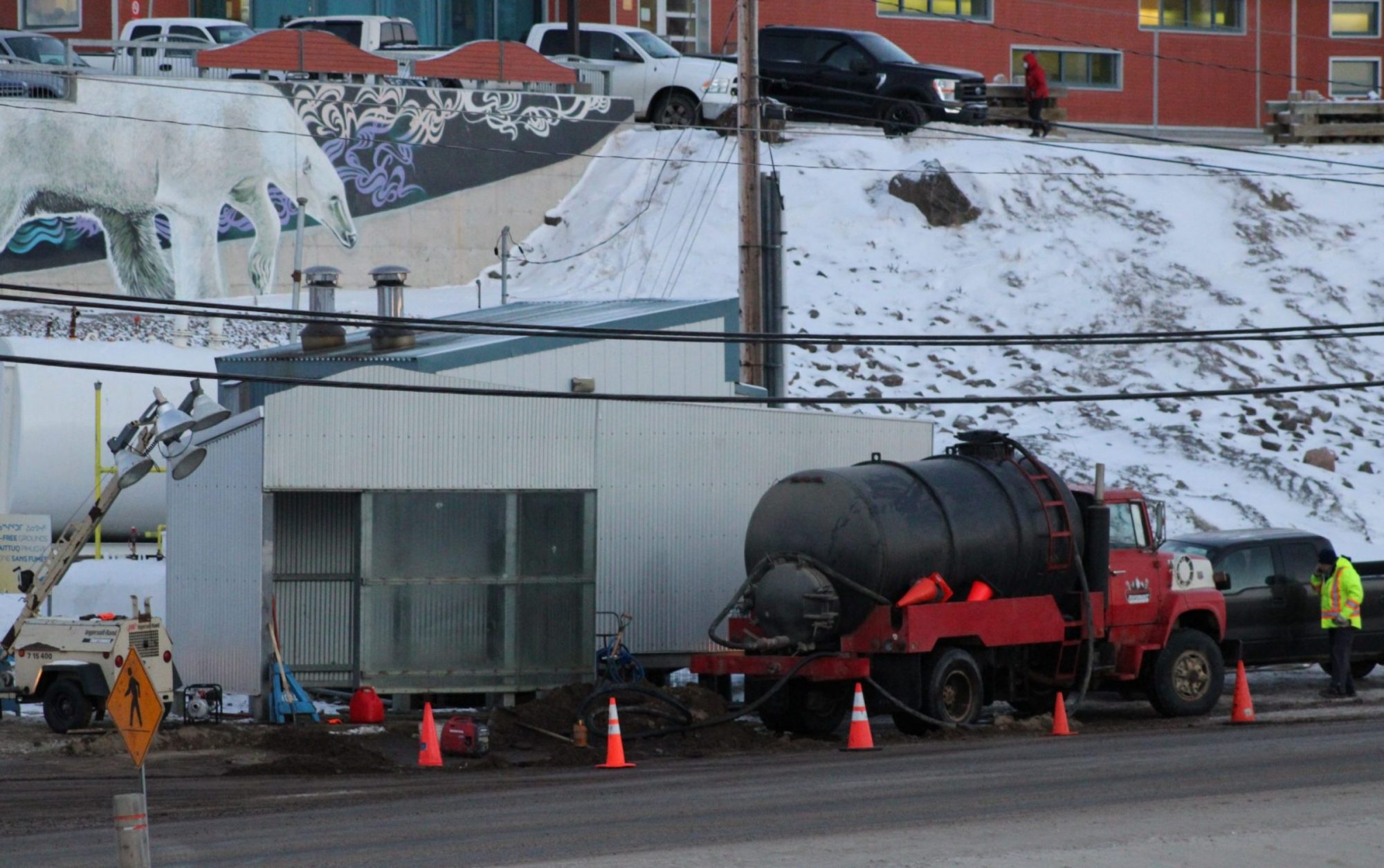 Workers are seen near the site of a propylene glycol spill in Iqaluit earlier this week. (File photo by David Lochead)

The Qulliq Energy Corp. has released details about a propylene glycol spill that occurred near Qikiqtani General Hospital in Iqaluit on Tuesday.

Between 22,000 to 33,000 litres of a mix of half propylene glycol and half water spilled, according to an email from Qulliq Energy Corp. The majority of the spill was collected and pumped into storage until the substance can be disposed of. As well, the energy corp. said that an initial assessment shows 200 to 400 litres may have been released into the environment.

The liquid escaped from district heating pipes used to help heat the hospital while city contractors were working on a sewer upgrade, according to a statement from city spokesperson Aleksey Cameron.

Propylene glycol is a tasteless, odourless chemical that is used in food and pharmaceutical products, as well as de-icing. The chemical’s ability to transfer heat makes it useful for the city’s district heating system. It’s “relatively non-toxic to humans and wildlife,” according to the city’s statement.

The repair of the district heating system will take several months, according to the energy corp., due to the extent of the damage and time required to replace equipment.