Qikiqtarjuaq school reaches out virtually to kids in war-torn Ukraine 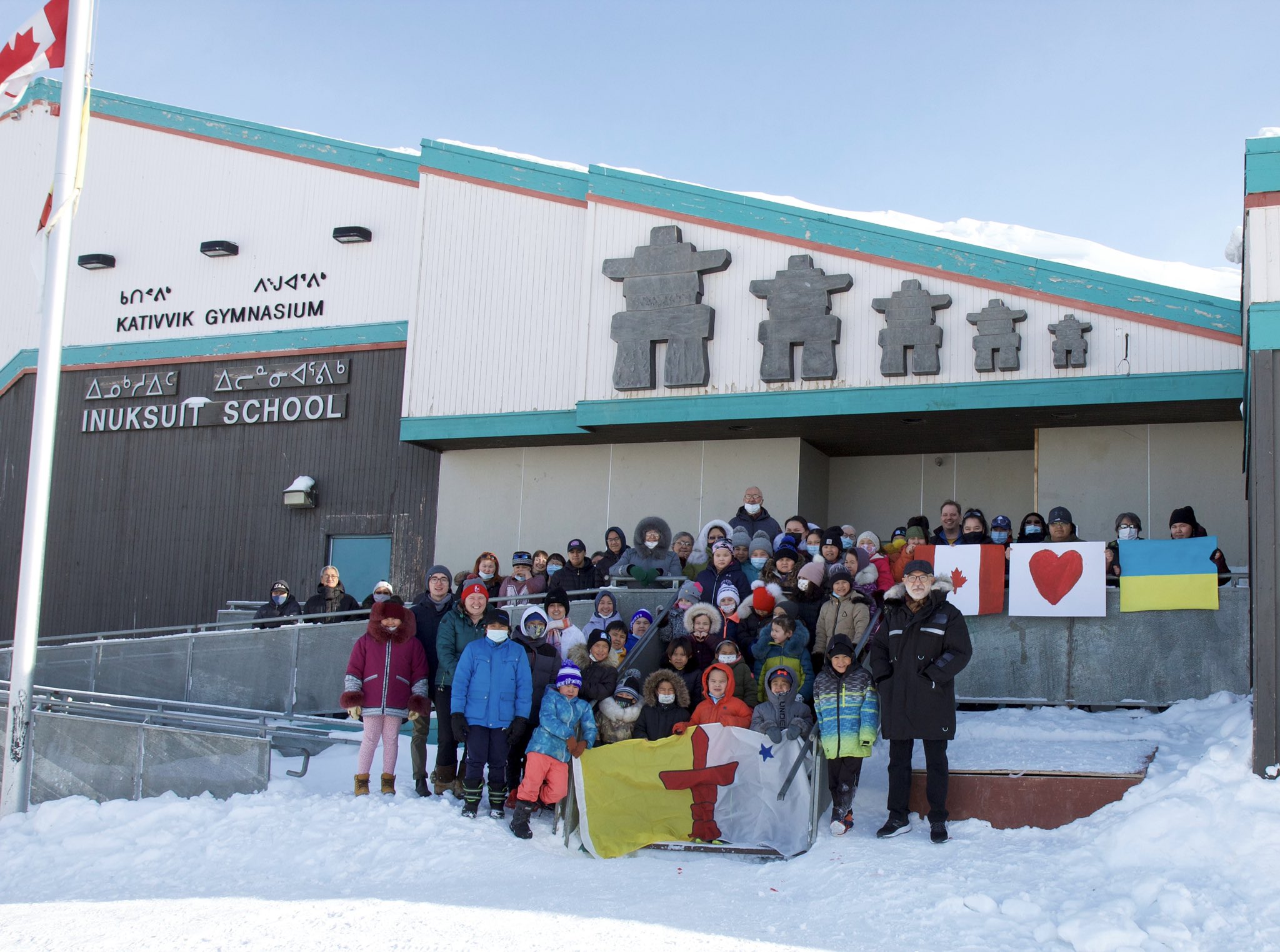 Amid the bombing and violence in Ukraine, some children are getting an escape by learning about the Arctic.

“I really felt this could be one way where I can support these [Ukrainian children],” said David Falconer, principal at Inuksuit School in Qikiqtarjuaq.

He signed on to a program that gives Ukrainian children hour-long virtual lessons where they get to learn about another place in the world.

With Falconer, that place is Nunavut.

Ukrainian children log in to Zoom sessions at whatever location they can, then Falconer and other teachers at Inuksuit School tell them about life in Canada’s North.

He said the lessons, which have had as many 250 people taking part, provide Ukrainian children “an hour where they can dream and be totally separated from their current reality.”

In that hour, Ukrainian children have been learning about Inuit history and Arctic wildlife.

“Our hope is that when [the Ukrainian children] go to bed at night, they think about polar bears and seals and the Arctic,” Falconer said.

Russia invaded Ukraine Feb. 24 and continues its assault. The United Nations estimates more than four million Ukrainians have fled the country since the beginning of the war and several thousand have been killed.

Falconer said he joined the initiative to teach displaced children because he was displaced himself as a child when his family fled the Pinochet dictatorship in Chile.

Falconer was born in Chile and in 1973, when he was 11, a violent coup led by Chilean general and soon-to-be-dictator Augusto Pinochet overtook the country.

He said he remembers the sights, sounds and smells of the coup, from seeing jet planes that bombed the presidential palace to hearing machine-gun fire outside his house and the smell of burning debris.

“Those are things that one never forgets,” Falconer said.

With technology now able to connect people virtually even in war, Falconer said he sought an opportunity to help children going through a situation similar to one he once experienced.

He found that through this program — which still has no name  —  run by Daryna Sizhuk, a Ukrainian business manager at Cambridge Assessment English, an organization that teaches English internationally.

She teamed up with members of Ukrainian teaching organization Smart Osvita to coordinate sessions between teachers and children. Sizhuk then posts the sessions on Facebook for people to join.

Through virtual teaching, children can still log in from bomb shelters and basements to escape their difficult reality for an hour, Sizhuk said.

She said she has been happy to have teachers from around the world join the program, including Falconer in the Arctic.

Ensuring Ukrainian children can still receive education is hers and her colleagues’ way of contributing.

“We’re doing what we can,” she said, in an interview via Zoom.

It’s not only Falconer who has connected with Ukrainian children: At Inuksuit School, which runs from kindergarten to Grade 12, teachers such as Nicole Journal and Charlotte Miller have also joined in.

Journal said she did a session where she taught Ukrainian children about life in the Arctic, explaining what dog teams are, how people go hunting, and what activities are done on the land.

Having children escape war through immersing themselves in the Arctic was “really, really powerful,” she said.

Miller, who teaches grades 5 and 6, said her class in Inuksuit School was able to connect with the Ukrainian children and they did dances and exercises together.

“The [Inuksuit students] love the idea that they were dancing and there were people dancing in a different part of the world at the same time,” Miller said.

Falconer said the lessons being organized are supposed to be educational, but “ultimately, our goal is to have these kids know that people care and if there’s anything we can do, we’re here.”