New agreement comes with an $8-million annual increase in funding 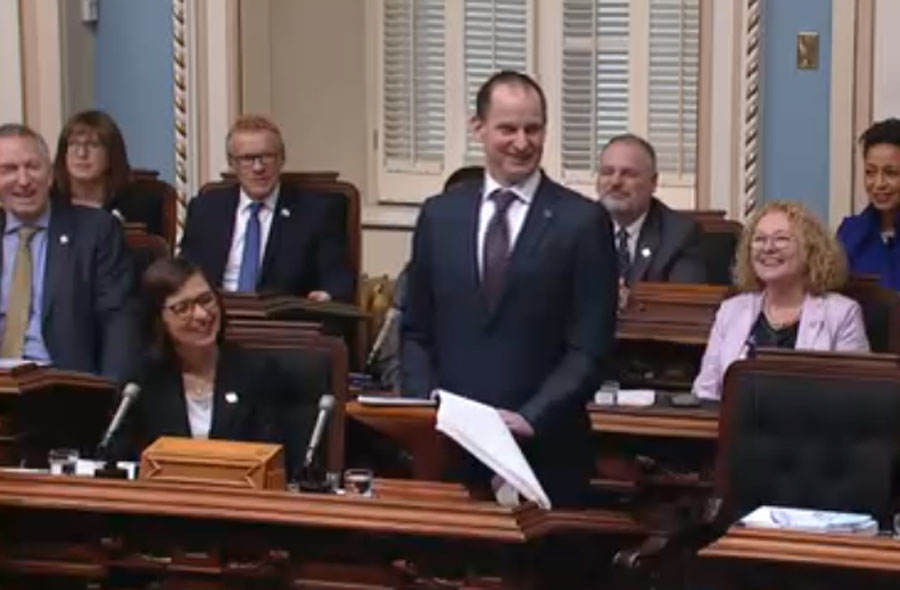 The government’s biggest spenders, its health and education ministries, both saw five per cent increases to their budgets.

Among its biggest investments, Quebec announced $1 billion over the next five years to roll out kindergarten for four-year-olds (currently students start kindergarten in Quebec at age five).

‟With our first budget, we are fulfilling our commitments to Quebecers,” Quebec Finance Minister Éric Girard said during his budget address on Thursday, March 21.

“We are putting money back in their pockets and investing to improve health and education services.”

For Nunavik, Quebec’s budget came with news of the long-awaited renewal of a cost-of-living agreement for the region that had been under negotiation for the last two years.

Regional organizations use that money to subsidize the cost of airfares, gasoline, food and harvesting equipment, elders’ expenses and household appliances across the region.

The new funding offers an annual $8-million boost to the cost-of-living subsidy the region had been receiving in recent years.

In 2014, Quebec paid $33 million as part of a three-year agreement that ended in March 2017. That agreement was then extended two more years, until March 2019, to allow more time for negotiations.

During that time, the Kativik Regional Government and Laval University collected data on the spending habits of Nunavimmiut, to give the province a clearer picture of how much higher the cost of living is in Nunavik than in southern Quebec.

Those regional organizations haven’t said yet if or how they plan to boost their subsidy programs with the increased funding.

This year’s budget offered no specific funding for social housing in Nunavik, though the province has allocated $2.4 million to the Société d’habitation du Québec to cover the operating deficit of 144 social housing units in the region.

The money is meant to cover operating costs that exceed the rental income those units would generate, to “ensure the supply of social housing in Nunavik is maintained,” the government said in its budget document.

• $1.1 million to study the energy performance of housing units in Nunavik, the results of which would be used to create measures to cut down on the use of fossil fuels in the region

An unspecified amount of that will go the Kativik Regional Police Force’s new tripartite agreement, details of which have yet to be announced.