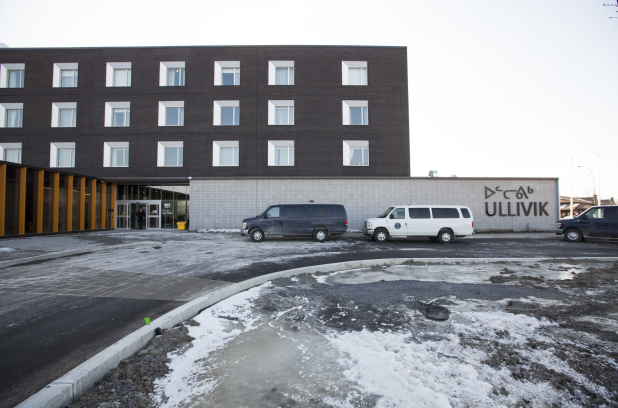 Quebec’s coroner’s office is looking into the deaths of two Nunavik women on Montreal highways last week. The women were struck by vehicles in separate incidents near Ullivik, where they were living at the time. (Photo courtesy of Inuulitsivik Health Centre)

Quebec’s coroner’s office is investigating the deaths last week of two Nunavik women who were struck by vehicles on highways near Montreal.

According to a news release written in French, coroner Éric Lépine, who co-chairs a committee for the coroner’s office that focuses on deaths of Indigenous people, is taking on both files.

“At the end of each investigation, the coroner writes a detailed report in which he sets out the causes and circumstances that led to the death,” the news release says.

“If he deems it appropriate, he can also make recommendations aimed at avoiding other deaths in similar circumstances.”

According to Sgt. Stéphane Tremblay, a spokesperson for the Quebec provincial police, Tulugak was in a wheelchair at the time of the incident. She was taken to hospital and later died.

Less than 24 hours later, 26-year-old Nellie Niviaxie from Umiujaq was struck by multiple vehicles on Hwy. 20 and pronounced dead at the scene.

Tremblay said charges are not expected to be laid in either case.

The separate incidents were unrelated, Tremblay said, but both women were living at the Ullivik lodging facility in Dorval, Que., which houses approximately 200 Nunavimmiut who are seeking medical care in the south.

Ullivik is offering on-site support to those who need it.

“Everyone is affected. Family members, of course, as well as community members and staff members,” said Kathleen Poulin, a spokesperson for the Nunavik Regional Board of Health and Social Services, in a Monday email to Nunatsiaq News. “There is psychological support offered to everyone who needs it.”

Ullivik residents are free to leave and come back to the building as they please.

Road-related incidents are “uncommon,” Poulin wrote. She said there have been six incidents since Ullivik opened in 2016.

Nunatsiaq News contacted the Nunavik health board for clarification on what those incidents involved. In response, spokesperson Jenny Simpraseuth wrote there is no “specific record” of road incidents.