The school first shut down Jan. 3 to 9, then again on Thursday 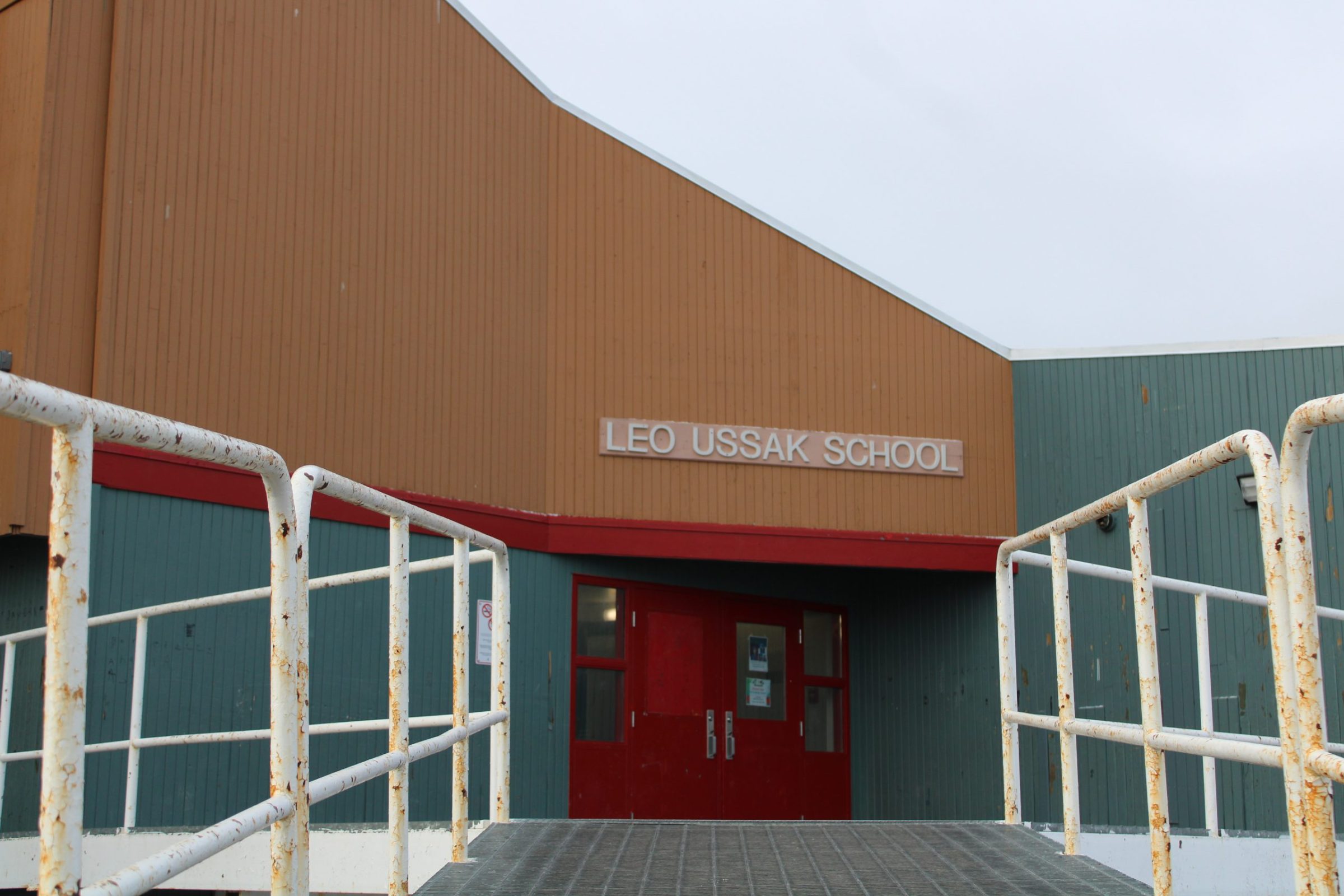 Leo Ussak School has been closed twice this month due to a smell from a propylene glycol leak. (Photo by David Venn)

Rankin Inlet’s Leo Ussak School has been closed for the second time this month following a propylene glycol leak that sent some students and staff home with headaches.

On Thursday morning, a teacher from the school posted on Facebook that the school would be closed for the day — after children had already arrived and with no bus to take them home, said Rankin Inlet resident Rebecca Osborn.

“And so that was a bit of a scramble; kids who couldn’t reach their parents, they were kind of just left to their own devices,” she said in an interview.

“We took a kid home even though we don’t have official permission, just because we know that they’d be wandering town.”

Osborn said the problem is that the Rankin Inlet District Education Authority doesn’t communicate with parents about what’s going on, even though it makes the decisions on issues like school closures.

“We don’t hear anything from the DEA, ever,” Osborn said

“We are hearing things on Facebook through the principals or sometimes the teachers who do not make the decision, and often have to take the flack,” she added.

Rankin Inlet’s DEA said its chairperson, Albert Netser, was unavailable for an interview before deadline due to duty travel.

The school first shut down from Jan. 3 to 9 as a result of a glycol smell that came from a leaking boiler and pipes, said Government of Nunavut Education Department spokesperson Krista Amey in an email.

Community and Government Services Department workers removed carpet and drywall that had been leaked onto to remove the smell, and students returned Jan. 10, Amey said.

According to the U.S. National Library of Medicine, propylene glycol is a synthetic liquid substance used to absorb water.

Amey said the substance is not considered hazardous and its odours are safe for people to breathe.

“However, it can be bothersome for those who may have a hypersensitivity to smells.” she said.

Osborn, who has two children attending Leo Ussak, said parents were left in the dark for the majority of the first closure.

Parents were told twice a day — morning and afternoon — but less than an hour before classes were scheduled to start whether the school was going to be open. And they weren’t told about the severity of the leak, she said.

“That was just, I think, really hard for all of the parents in the community, especially parents who work,” Osborn said of the late decisions.

“I feel like they could have done better on that and at least to tell us what was going on. … We had no idea the seriousness of the problem.”

Amey said parts have been ordered to repair the boiler and pipes and that further work will be done to replace more pipes this summer.